Nicaragua: Increasing Isolation or a Turning Point for Daniel Ortega? 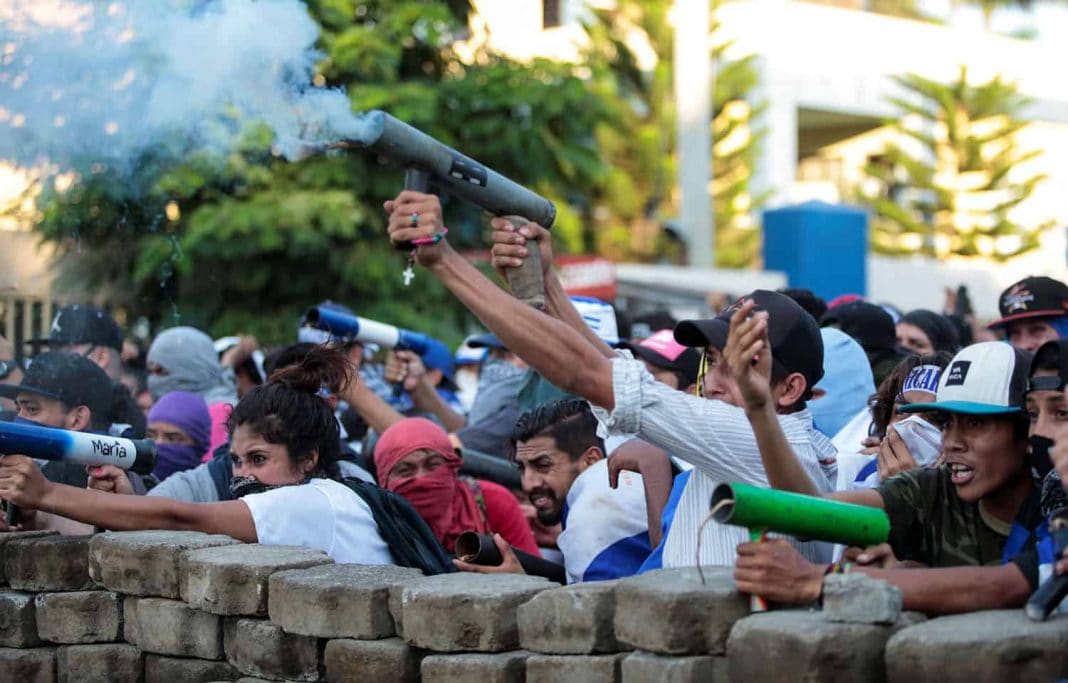 It has been 14 tumultuous and violent months in Nicaragua. In April 2018, protests spread like wildfire across the country following an attempt to reform social security by reducing pension benefits. The uprising began in Managua and León but quickly spread to as many as 10 other cities across the country. Though the proposal was later dropped, it triggered further protests and calls for President Daniel Ortega to step down, both over his crackdown and over general dissatisfaction with his government.

The government response left at least 325 dead and more than 2,000 injured, according to the Inter-American Commission on Human Rights (IACHR).  As many as 600 were arrested and an estimated 60,000 people fled the country. More than 23,000 refugees are in neighbouring Costa Rica. On its heels, on 10-11 June the government released more than 100 political prisoners from the last year under a new amnesty law. For now, the release eases some of the pressure off Ortega’s government, but roughly 80 political prisoners still remain behind bars or under house arrest.

“Another piece in the government’s repressive strategy”

Since February, the government and the opposition Civic Alliance have been negotiating and some prisoners have been released. However, much of the negotiations are at an impasse, due in part to the opponents’ demands for the freeing of the prisoners. A government statement read that the prisoners were held on charges of crimes against security and public peace. In March, the government committed to set them free within 90 days. Yet, many protesters were sentenced to decades in prison and in trials considered as “completely biased” according to Claudia Paz y Paz, Central America director at the Centre for Justice and International Law. Paz y Paz told the Guardian that “Nicaragua’s judicial system has been deployed as another piece in the government’s repressive strategy.”

The government released 100 prisoners in late February and the same month Daniel Ortega opened the possibility to reform state institutions before presidential elections in 2021. On the 30th of May, Nicaragua’s government released 50 more prisoners from jail and moved them to house arrest. Though, the opposition backed out of talks the same month because not all of the prisoners had been released. In turn, the opposition has organised no fewer than six national strikes in an attempt to increase pressure on the government to meet its commitments.

Winding up the pressure

The response from the international community has also attempted to isolate Ortega and his government and press for change. In Dec 2018, President Trump signed the Nicaraguan Investment Conditionality Act or Nica Act. The law aims to debilitate the country economically by cutting off lending from international development banks. The U.S. also put sanctions on senior officials and Vice-president Murillo. The US recently sanctioned Banco Corporativo (BanCorp), a financial branch of Alba of Nicaragua (Albanisa), a company created to privatize Venezuelan aid.

On the 21st of May, the Organization of American States (OAS) called on Nicaragua to release all prisoners by the 18th of June deadline or risk expulsion. The OAS has already begun proceedings to invoke the organization’s democratic charter, which would restrict Nicaragua’s access to regional funds. The European Union has also threatened sanctions if Ortega’s commitments are not met. For a small economy, these threats alone are devastating to Nicaragua. It has remained at the negotiating table until now in large part to this pressure as it faces a $315 million deficit.

In it for the long run

The latest release of prisoners on June 10-11 were the first of an amnesty bill passed by Congress for crimes related to the protests. The government says this amnesty seeks the “reconciliation of society”. However, Civic Alliance criticized the law. Jose Pallais, a spokesman for the group, called it an attempt to guarantee “impunity for paramilitaries and police who participated in repression.” The United Nations claims the law also bans freed political prisoners from launching further anti-government protests.

The question is whether the 18th of June deadline will be a turning point for Daniel Ortega’s government. He is expected to meet his commitments if nothing else as a measure for self-perseverance in the face of a further clampdown from the international community. If all prisoners are released, it is unclear what the opposition’s strategy will be since the government seems content to dig in its heels, at least until the 2021 general election.