The Cameroon Crisis and Nigeria’s Response 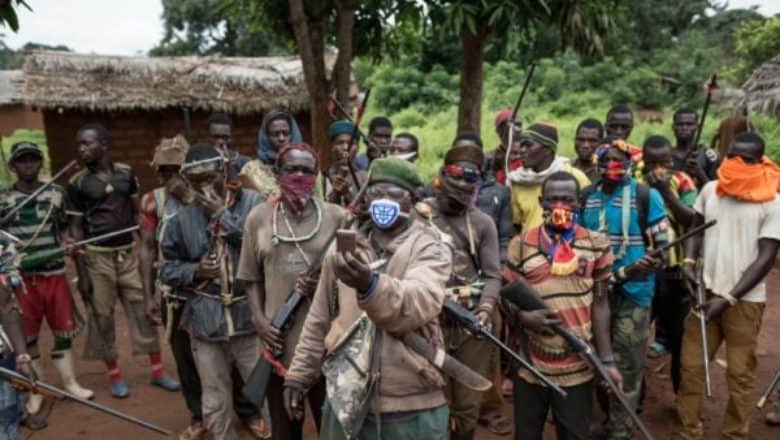 This report seeks to examine the ongoing Cameroon crisis and inform the reader about the latest developments in the troubled regions, as well as the governmental and regional responses. For collection and processing, the author used OSINT, therefore the report is safe to be further distributed.

KJ-1. The Cameroonian government’s initiative to open talks for peace comes as a response to the country’s security forces failed to defeat the separatists. The separatists are not invited to the talks, therefore mounting tensions are highly likely.

KJ-2. The anti-discrimination movement developed into a violent insurgency with separatist militias on the rise. The rural areas are the most affected, where both the national forces and the militias are committing serious violations of human rights.

KJ-3. The flux of refugees crossing into Nigeria is highly likely to only accentuate the country’s internal struggles. Cameroonian refugees are likely to face discrimination and exclusion if their numbers increase.

The colonialist legacy is fueling the Cameroon crisis and bringing about unrest within the society as the English-speaking and the French-speaking communities are highly divided. What began as a peaceful movement led by teachers and lawyers against discrimination, turned into civil war. The anglophone community is accusing the francophone majority of rights abuses and exclusion. Factions inside the English-speaking regions demand independence or at least greater autonomy. The government initially approached the protests with violent crackdowns on civilians, deepening the frustration of the minority.

In September 2019, President Biya announced talks aimed at settling down the dispute. However, no representative from the anglophone community has been invited to join. With marginalisation and extrajudicial arrests and killings continuing, the conflict is expected to engulf the whole country. People in the war-torn areas are forced to cross the border into Nigeria, an English-speaking country. 60,000 Cameroonians have fled the country so far, and numbers are highly likely to mount. Both Cameroon and Nigeria are confronting an Islamist insurgency led by Boko Haram, thus enhancing the crisis situation.

Fights between the security forces and the rebels started in 2017, and since then both sides are accused of committing abuses against the population. Assaults include burning villages, closing down schools and killing civilians (even women and children). So far, the conflict has claimed over 3,000 lives and displaced half a million people within Cameroon. Some other 60,000 fled to Nigeria and the South Cameroons region suffers from food insecurity.

In February this year, the UN confirmed through sources on the ground that armed men carried out the extrajudicial killings of at least 21 people in Ngarbuh, the North-West region of Cameroon, including a pregnant woman and seven children. Although many reports reveal against civilians in the area, the government is denying allegations. Human Rights Watch has since reported that the Cameroonian military of carrying out the killings in Ngarbuh, with the help of Fulani fighters.

The Ambazonia Self-Defence Council (ASDC), which is also known as the Ambazonia Restoration Forces (ARF), is the largest armed group, incorporating smaller militias like the Seven Karta, the Red Dragons and the Tigers. In 2018, the anglophone separatists expanded their activities geographically from 5 provinces within Northwest and Southwest Cameroon to 12. In 2019, violence increased considerably with groups engaged in lethal attacks targeting civilians.

Militias focus on rural areas where recruitment is facilitated by the lack of education and basic services. The populations’ poverty combined with frustrations towards the political leadership and discrimination from the French-speaking community facilitates insurgency and radicalism during the Cameroon Crisis.

The economic situation in Cameroon calls for an urgent solution to the conflict. The Cameroon Development Corporation and PAMOL, two of the country’s biggest state-owned agricultural companies, have lost up to 80 per cent of their capacity. In September 2018, companies working in the Anglophone regions reported losses estimated at a half-billion dollars since the crisis began. The security forces are overstretched, fighting not only Anglophone separatists in the west but the Islamist militant group Boko Haram in the north as well.

Furthermore, a protracted political crisis stemming from the imprisonment of opposition leader Maurice Kamto, who continues to claim victory in the 2018 presidential election, has increased communal antagonisms countrywide.

On 10 September 2019, President Paul Biya proposed a national dialogue to address the worsening conflict between his government and the Anglophone separatists. His proposal comes as a response to domestic anger at the national security forces’ failure to defeat the separatists, and also as a measure to decrease international concern over the crisis. Although the initiative seems to encourage cooperation and progress towards stability, it is highly likely to worsen the situation. No representatives of the Anglophone community have been invited to take part in the talks, therefore the separatist region’s concerns are still viable.

Prospects for an Efficient Dialogue

To end the Cameroon crisis, the government should make sure the Anglophone community is heard and assimilated into society. Although the government cannot endorse the independence movement led by federalist factions in the Southwest and Northwest of Cameroon, it could offer greater autonomy and initiate programs aimed at countering discrimination. The African Union and the UN could also play a greater role in ensuring regional stability, by mediating between the belligerent parts.

Nigeria’s Response to the Crisis

These harsh conditions have forced 60,000 Cameroonians in the affected areas to cross into neighbouring Nigeria. They are spread across the states of Akwa Ibom, Benue, Cross River and Taraba. In 2020 alone, nearly 8,000 new arrivals crossed into Nigeria’s Cross River and Taraba states. Both Nigeria and Cameroon are also struggling with Boko-Haram-led insurgency in their northern regions, adding up civil unrest and lethal attacks. If the political and social situations in Nigeria continue to worsen, Cameroonian refugees are likely to face discrimination and be asked to return home.