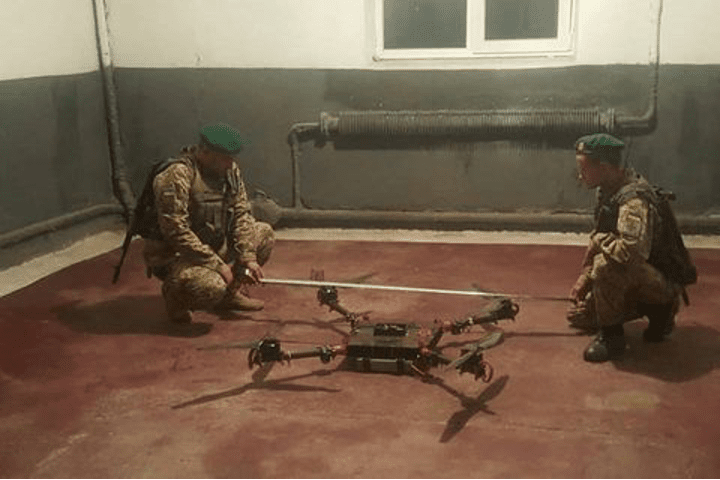 This article aims to shed light on organised crime in Ukraine and describe its connection to smuggling operations.

Ukraine is a nation suffering from a particular problem, driven in part by economic inequalities and illegal opportunities, but also exacerbated by a country in which Government, from the top down, is thoroughly corrupt, on an organised scale, and one that almost beggars belief. The problem, of course, is smuggling, and more specifically, smuggling in conjunction with organised crime, working hand-in-glove with a corrupt government. One German newspaper, the Sueddeutsche Zeitung, estimated the cost of customs fraud from imports entering Ukraine through the port of Odessa alone to be a cost of $4.8bn per annum.

To put this into context, the newspaper claims that it is more money than the EU, IMF and World Bank lent Ukraine in 2018. In many ways, this is unsurprising, however. The presence of the EU on Ukraine’s borders provides a huge economic incentive for smugglers to bring in illicit goods destined for the wealthy markets of the EU, including but not limited to drugs, illegal cigarettes and untaxed alcohol.

A Kleptocracy is a government that abuses its power to steal money from the people and state that it claims to serve, a description highly consistent with Ukraine’s government. Though Ukraine has had the support of many foreign organisations and nations in developing law and order, it seems that this has not yet resulted in a less corrupt state.

A 2013 OCCRP report into embezzlement of government funds displays exactly how kleptocracy is a problem that afflicts even the highest level of government, with the beneficiaries of embezzlement being linked to former President Yanukovych himself twice, within the same single case of fraud.

It should therefore come as no shock that a government that is so corrupt from the top-down, is incapable of enforcing borders and preventing smuggling from occurring. Subsequent Presidents have won their positions due in part to promising to fight corruption, however, years of Presidential-level corruption are impossible to undo in less than a decade.

The Means of Smuggling

Ukraine is a country with long borders, not only with Russia but also with various EU countries; Hungary, Slovakia, Poland and Romania. Hundreds of kilometres of border with the EU and a port (Odessa) where import taxes can be easily avoided are a powerful combination that provides a great opportunity to smugglers seeking to bring goods into the EU without the checks and taxation that accompanies legitimate trade. The borders with the EU and smuggling across them is comparable in scale to that of the Mexican-US border, according to one HUMINT source, who detailed two of the more surprising means by which goods are smuggled across borders.

Firstly, and perhaps more conventionally, the source alleged that tunnels are used to take products into the EU. The source claims that these tunnels are not merely wide enough for a man, but instead include tarmacked underground roads, which entire trucks can simply drive through. This is not widely documented, but also not completely beyond belief – in 2012 a tunnel between Ukraine and Slovakia was found, which had its own rail system for transporting goods illegally.

Secondly, another important tool for smugglers is drones, as they can carry increasingly large loads with limited cost and risk to the smuggling organisations themselves. Use of drones for smuggling is a growing problem across the world, however, in Ukraine, evidence shows that there is an added level of sophistication, with larger home-made drones being used to shuttle cigarettes across borders.

Smuggling across borders in Ukraine is highly likely to remain a problem in coming years, though it may certainly be reduced in volume by a more active government. Similarly to Mexico and the US, conditions in Ukraine and the relative wealth of the EU create an irresistible financial incentive for smuggling to occur, and it is an incentive that has been exacerbated by organised corruption and crime within Ukraine itself. While ultimately, smuggling is nigh impossible to completely eliminate, it is also true that a great deal of work needs to be done in Ukraine inside and outside of its government before it can be said that enough is being done to address the problem.