Peace & Warlords in the Democratic Republic of Congo (DRC) 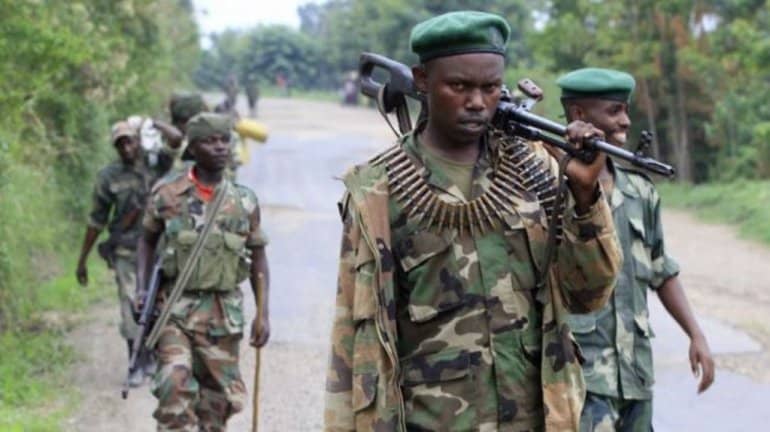 This article attempts to diagnose initiatives that can bring belligerent warlords to agreement. The situation in DRC is complex and ethnic-based and the warlords are rational and have a common desire which can be leveraged.

After the Belgians left DRC Kivuye was of a sane society until after 1994 when the Tutsi-Hutu spillover from Rwanda affected them. Kivuye is located in the northern province of DRC. They lack basic medical facilities, roads, schools, and other critical infrastructures and this is owed to the violence it has suffered from 4 different militias at different times. The authority of the state despite UN support is weak. Also, it has been almost impossible to guarantee sustainable security within the last 2 decades.

At every moment when a modicum of peace seems to prevail, it is quickly snatched from them. For instance, in 2014, the Congolese soldiers had fought off the militias and they withdrew after a little while. It was unknown to them and the people of Kivuye that they only withdrew to a nearby hideout in the forest waiting to strike again at any reasonable opportunity.

Kasongo Kalomo is a warlord in the Democratic Republic of Congo (DRC). He was part of at least two rebel groups before he formed his own. In 2009, following the demobilisation, Kasongo disarmed and joined the national army. He resigned in 2011 because his trust for the national army had expired, along with the national arm “killing” his people. After a rebellion erupted in 2012 which was allegedly supported by Rwanda, Ksongo played a vital role in the creation of the Forces for the Defence of Human Rights which was funded by apologist businessmen and politicians. The militia controlled a vast territory. He is a highly respected warlord and in spite of the obvious pursuit for power and wealth, he has been applauded and appreciated for protecting the rights of those within his controlled territory such as Kivuye. The end to mass rapes and killings by the Mai Mai Sheka militia is owed to his intervention.

Kasongo has on two occasions disarmed; yet, the government seems to be the reason he picks up arms again. Kasongo showed an attempt towards peace even though many doubt the ingenuity of the most recent attempts, he blames and will blame any form of failure on the government by not fulfilling their part of the deal to providing adequate medical care and food Kasongo’s fighters. Even though Kasongo has handed over arms, it is almost certain that he can equip when he wants to. The story of other warlords is like this. There is a realistic probability that they solve problem(s) which earns them public support and control of a certain territory without the threat or actual use of force.

The 1994 Genocide in Rwanda is at the bedrock of the DRC crisis. Everything appeared to be normal until post-1994. The Rwandan problem between the Tutsis and Hutus spilled over into DRC. The intense hatred is informed by failed or lack of attempts to redress the issues surrounding the genocide. This hatred informs the mutual suspicion – lack of trust. The DRC government is made of different individuals with different standpoints who are partisan. Hence, asides the obvious governance deficit, the inability of the government to respond to critical basic needs leaves a lacuna some warlords such as Kasongo are ready to fill.

The tit-for-tat nature of the attacks between and among the warlords makes the conflict vengeful in nature. Hence the cycle of violence. Now even though the starting point is known it becomes complex to identify the point where redress can begin. On different counts, Rwanda has been accused of supporting rebel groups against the DRC government. This support includes funding and supply of weapons and it serves as a fuel to the armed conflict in the country.

The direction to which this tragedy is headed is not looking promising for peace. Asides the interplay of these causative factors, warlords have tasted and they seek more power and wealth. It is therefore highly likely that achieving sustainable peace would be conceived as a threat to their interest. Hence, the question ‘do they want peace?’ is complex because they seem to have gained more from conflict and it is unlikely that peace would guarantee such. They are only being rational. Based on GreyDynamics African Intelligence Assessment, this and the factors earlier stated, it is almost certain that the DRC will implode if peace operations withdraw.

What Can Make Them Agree?

A background check is to ensure limited influence and interference by Rwanda – strategic. Beyond this, resource politics is likely the most instrumental tool – what does peace have to offer me? The negative side to it is that it may sow seeds of violence in that younger generations will catch the destructive vibe that violence is a sure means to wealth.