Project Azorian and the Quest for a CIA Submarine 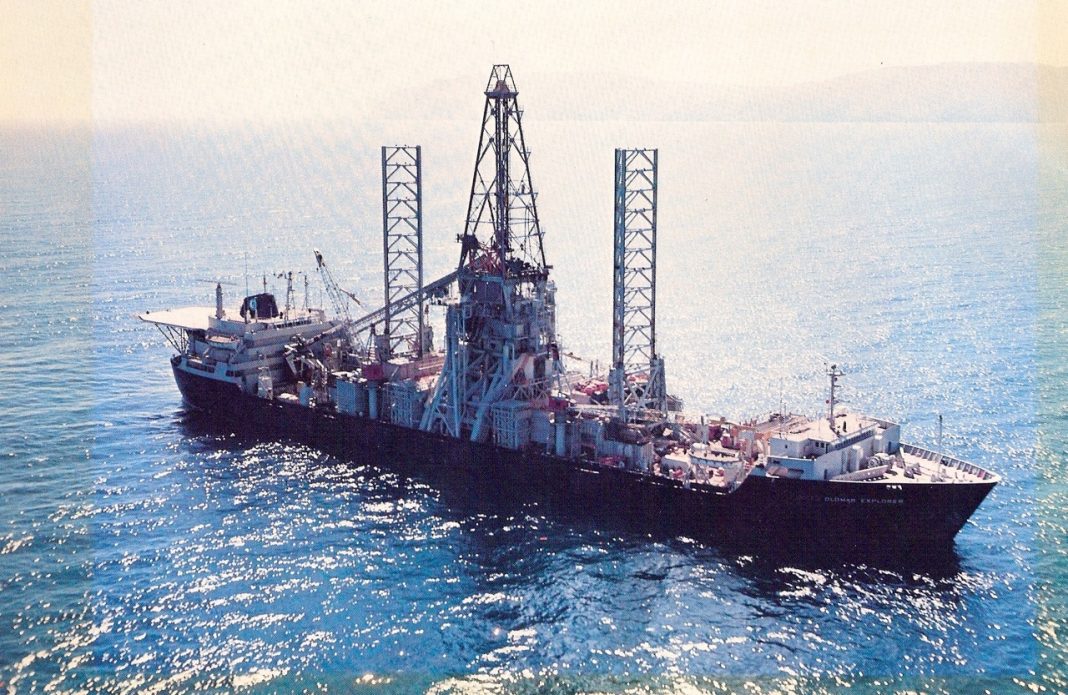 Leave it to the Central Intelligence Agency to push the boundaries of creativity in espionage. The early days of the agency were rife with operations that reflect dramatized plots in cinema and television. Nobody could have ever expected the existence of a CIA submarine. There never was one, at least one that was used in an operational capacity.

Outside of the land of compartmentalized information lies the fabled Project Azorian, a Cold War-era attempt at unearthing the unthinkable from the depths of the sea.

It is a little-known fact that there was once a functional CIA built submarine. Well, sort of… The proper term would be “partial-submersible”.

The early 1950s were a turbulent year for the agency in its orphan stage. The Second Great War was at its end, yet the Cold War was at its beginning. Professional spying and tradecraft developed in tandem with the burgeoning intelligence demands in foreign lands and foreign seas.

Trumpy & Sons was a family-owned shipyard on the East Coast of the US, and the future contractor of the CIA’s first submersible. In 1953, the agency ordered the construction of two “SKIFFs”—semi-submersible watercraft. Specifications are as follows (source):

The CIA did not deploy the SKIFF in an operational capacity. Visitors can see it on display at the CIA Museum in McLean, Virginia. (source)

K-129, A Russian submarine armed with nuclear missiles, met great misfortune. An accident resulted in the watercraft settling into a watery grave deep on the ocean floor. The resulting disaster included 98 dead sailors and the nuclear missiles being abandoned—all within 2000 miles of the Hawaiian Islands.

The exact nature of the accident is still relatively unknown. Some think it was an onboard mechanical failure, while others, including the Soviets, believe it was caused by a collision with a US submarine. The accident came during a time of significant tensions between the powers. Nuclear war was an iota of a second from kicking off.

Thanks to the US Navy and Air Force, the K-129’s location had a heading, a feat the Soviets could not pull off. Prior to the US discovering the wreckage, the Soviets conceded a month’s long search party. The US network of hydrophones—underwater microphones—produced acoustic data that the Navy then analyzed. A finished intelligence product suggested the burial site of K-129, which demanded some sort of physical conformation.

Insert the USS Halibut, a Navy submarine that could conduct reconnaissance deep underwater. A series of underwater photographs from the Halibut gave value to the data suggesting where the wreckage of K-129 remained. (source)

The success of the USS Halibut’s mission led to Project Azorian.

The wreckage of K-129 earned coordinates, but that was not the end of US interests. Given the Cold War setting, the US was in a constant state of flux with military technology.

The race for military superiority was well underway. K-129 was a submarine with the very technology the US wanted to get its hands on. Its sonar, acoustic, and detection systems were remarkable, and if they could access the submarine, the US could have a looking glass into the Soviet program.

Like many of the CIA’s operations, Project Azorian sounds like something dreamed up in a Hollywood writing room.

Of course, a not-so-secret burden remained in the way. Not only was the submarine dormant on the ocean floor, but it was over three miles beneath the surface. No such technology existed that could bring it up with ease – at least until the recruitment of Howard R. Hughes.

Project Azorian ended up being a plot unlike any other. A valiant and bold attempt to unearth a CIA submarine—a Soviet-born craft used to help its enemy. If successful, the operation would be one of the largest in intelligence history.

Project Azorian was ambitious, and the plan to pull it off had to be airtight. To remove public attention, the CIA came up with a smooth cover story.

Howard R. Hughes was an American businessperson with a large surplus of wealth and ties to the defense industry. The operational planners used his name as the basis for the CIA cover story. To the public, Hughes was the mastermind behind the Hughes Glomar Explorer, a 600’ long deep-sea mining and research vessel, or at least that’s what they “said” it was.

The CIA outfitted the ship with an array of instruments and tools to both recover and study the wreckage of K-129. This included a photographic darkroom, ways to handle nuclear waste, and a giant steel claw for the heavy lifting part of the operation. (source)

Project Azorian was a successful operation, although shy of reaching all its goals. The K-129 wreckage was lifted from the ocean floor, but not in its entirety. Only one section of the submarine made it topside, leaving behind the nuclear missiles and code room. Issues with the lifting equipment caused a piece of the submarine to fall back down onto the seabed, and pieces of the steel hook snapped off during use.

The CIA did not fully declassify the project. The true extent of what they captured and brought back into government custody is not publicly available. For all we know, they could have reassembled the whole submarine back on the mainland, with its contents being used to further US technological capabilities.

Some good came out of it. The CIA brought up the corpses of the dead Russian sailors, who received a proper burial—a noble gesture because of the incumbent geopolitical situation.

The CIA remains submarine-less to this day, as there are plenty of other US agencies and branches of the military that can spy underwater (beyond the limitations of compartmentalized information). What Project Azorian illustrates is the creativity that is found in clandestine operations. With our current technology and capability in the espionage sector, who knows what sort of operations take place that could stretch the limits of our imaginations…