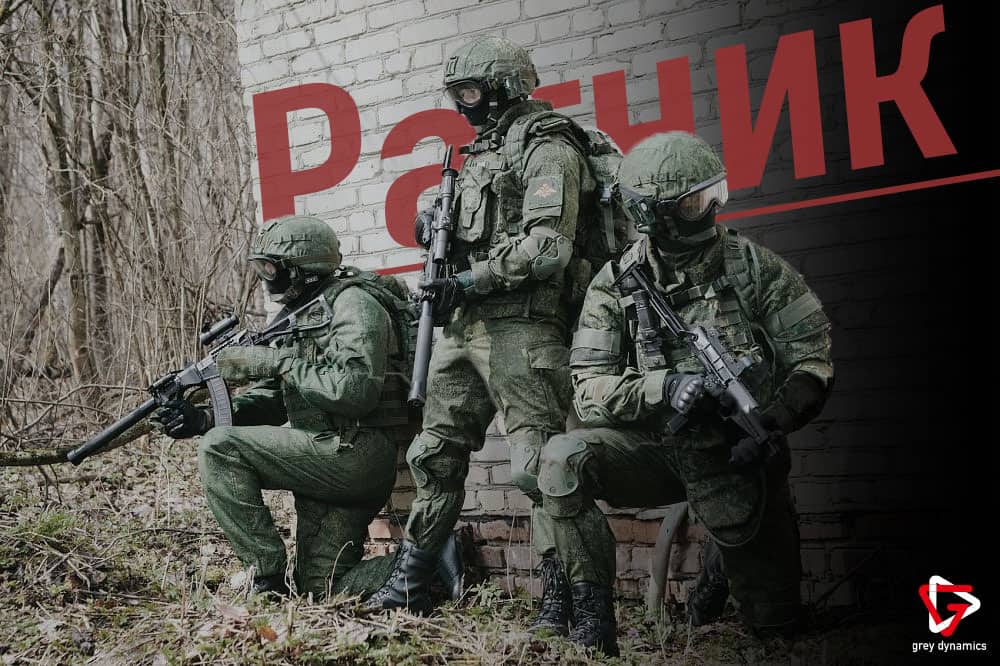 Ratnik is not just a force development program, it’s a reaction to a contemporary global trend.

Warfare is no different, and as new geopolitical threats emerge, and relevant world powers rise in strength and influence, military modernization is paramount for success on future battlefields.

China and the United States, two of the top three world superpowers, understand the requirement of military modernization. Both nations have begun to take active steps in the research, development, and practical application of new technology for their defence forces.

Clash of the titans

China currently has sights set on dominating the Asia-Pacific region, accompanied by an ambitious plan to possess a top-tier military force within the next thirty years, as noted by the Council on Foreign Relations. Both of those goals cannot be accomplished with outdated hardware, which Beijing understands, resulting in a current military budget trailing second to the US.

For the US, the future of the military has a more uncertain outlook.

Despite consistently ranking top in defence spending, the US currently finds itself in an obscure space. Former President Trump ran for office with a strong stance towards rebuilding the military in preparation for future conflicts, which he claimed was a dramatic shift in tone and policy from his predecessor’s administration.

Defence spending did increase under the Trump administration – although not as dramatically as oval office rhetoric suggested – but the incumbent Biden administration has already taken a change of course in its infancy.

Between pulling out of the decade’s long wars in the Middle East, and a voiced desire to reduce military spending, the Biden administration finds itself in a tough position. The oversimplified question to ask may be, “downsize and cut military spending, or pay the price in future conflicts against a stronger and more advanced enemy?”

In a report for the American Enterprise Institute, authors Mackenzie Eaglen and Hallie Coyne write: “There’s no getting around that the modernization portion of the defence budget must still grow significantly for a number of years, or the forces deployed each day around the world will lack adequate equipment to accomplish their mission.”

That mission will likely not be carried out in the dusty and austere lands of Iraq or Afghanistan, but in a conventional modern battle-space against a professional soldiery.

China is one potential adversary, but there is another that is not only ranked third on the superpower list but has already begun its own modernization.

Let’s all give a round of applause (or slow clap), for Mother Russia.

Ratnik, translated to “warrior”, is Russia’s answer to the modernization problem, or at least a potential solution to one aspect of it. The system is focused on the infantry and ground combat elements of the Russian Armed Forces, seeking to convert the force into combat renaissance men.

RIA, a Russian state-sponsored media company, reported on the Serbian special forces utilizing Ratnik equipment back in 2015. According to them, “Ratnik is a modular system, consisting of 10 different subsystems, which can change depending on the combat situation, climatic conditions and other parameters”.

Now, at this point it is key to note, that like anything regarding Kremlin and adjacent affairs, there should always be an exercise of caution when consuming information from any state aligned media. The lack of abundant source material on the Ratnik program and selective state reporting does complicate the research of it, but nonetheless, there is enough information out in the ether to get a decent grasp on the modules, types of gear, and even some instances of its battlefield utilization.

The program itself is currently in its third generation, the first generation reported being distributed in 2013 and the second generation in 2016.

Research, development, and production are primarily spearheaded by Manufacturer Central Research Institute for Precision Machine-Building (TsNIITochMash), which is a subsidiary of Rostec – the State Corporation for the Promotion of the Development, Manufacture, and Export of High-Tech Products, or to simplify, the Russian military-industrial complex.

It is important to keep in mind, that the fielding of Ratnik gear is not uniform force-wide. Individual soldiers and units may or may not possess the latest generation, and it is common practice to see an assortment of items from multiple generations among the men.

The Ratnik system is modular, with an array of components underneath each main category. Those categories include:

The gear within each main category is supplemented by various accessories, including:

Ratnik’s modular composition allows for dense customization options that can alter the gear to fit the needs of specialized units, such as basic ground soldiers, marine infantrymen, airborne soldiers, snipers, and reconnaissance personnel among others.

Battle fatigues consist of a multilayer system with digital patterns, following in suit with the types worn throughout the US armed forces. Patterns are available to match multiple settings, including desert, woodland, and snow.

Reduction in gear weight and efficiency is a significant attribution of the gear, with an emphasis on a movement and mobility design that matches the fast-paced nature of ground combat in a conventional theatre. “Shoot, move, communicate” is the core doctrine of infantry operations, and a unit that can maintain tactical prowess without sacrificing the ability to move fast is lethal. The system can adapt to that challenge with an interchangeable Load Bearing Vest (LBV) and armour carrier suite.

The system essentially covers the soldier’s entire body and is designed to function seamlessly in concert with the entire Ratnik ecosystem.

Ratnik made its first public appearance during the 2014 annexation of Crimea. The infamous “little green men” who crossed into Ukraine were bonafide models, making a fashion statement on behalf of the Kremlin for the world to see. The move, although highly problematic from a geopolitical standpoint, signalled a new type of Russian soldier, a breakaway from the longtime negative view of an undisciplined and underequipped post-USSR military.

A few years later, Russia used the Syrian war as a testing ground for its latest Ratnik generation, where state-sponsored media claimed its fielding was met with great success, an important caveat being the fact that Russia’s opponents in Syria were not a well-equipped force, thus the gear has not yet been field-tested in an all-out war scenario.

Recently, Ratnik gear has shown up in Tajikistan, with a reported 200 sets being equipped by troops as part of a large joint exercise on the Afghan-Tajik border. The complete US withdrawal in Afghanistan has resulted in a rapid Taliban takeover of the country, leaving surrounding nations in a state of panic given the uncertainty of how much of the conflict will spill over their borders.

TsNIITochMash has already started research and development into the next generation of Ratnik equipment, including the name. The advanced system will be called “Sotnik”, or centurion in English.

Rostec CEO Sergey Chemezov stated that “According to our plans, the third-generation gear Sotnik will replace Ratnik already in 2025. This will be a fundamentally new kind of equipment integrating the best high-tech designs of Russian enterprises, including those of Rostec. Thanks to the use of innovative materials and combining the functions of individual elements, the weight of the set will be reduced by 20%, amounting to about 20 kilograms.”

Upgrades to the system include anti-thermal/radar technology on the camouflage, a tactical system suite utilizing micro-UAVs, electric goggles that can project relevant data to the soldier, and others.

Similarly, to China, a passive carbon fibre exoskeleton is also in development which will add layers of protection to the joints and spine and enhance the physical capabilities of soldiers, allowing for greater loads to be carried more efficiently over long distances and during heavy combat without sacrificing endurance or mobility.

In essence, Russia understands the importance of military modernization in the face of geopolitical uncertainty. The widespread fielding of Ratnik gear may not be uniform across the entire force, but active measures are being taken to expedite the process. The Ratnik system and its generations give Russia a strong advantage in both its defence industry and the view of its military on the world stage.

With China following in goosestep, and the US finds itself in an unknown posture for future military modernization, the contender for the most advanced military may look different in years to come.