Russia Cementing its Presence in Africa 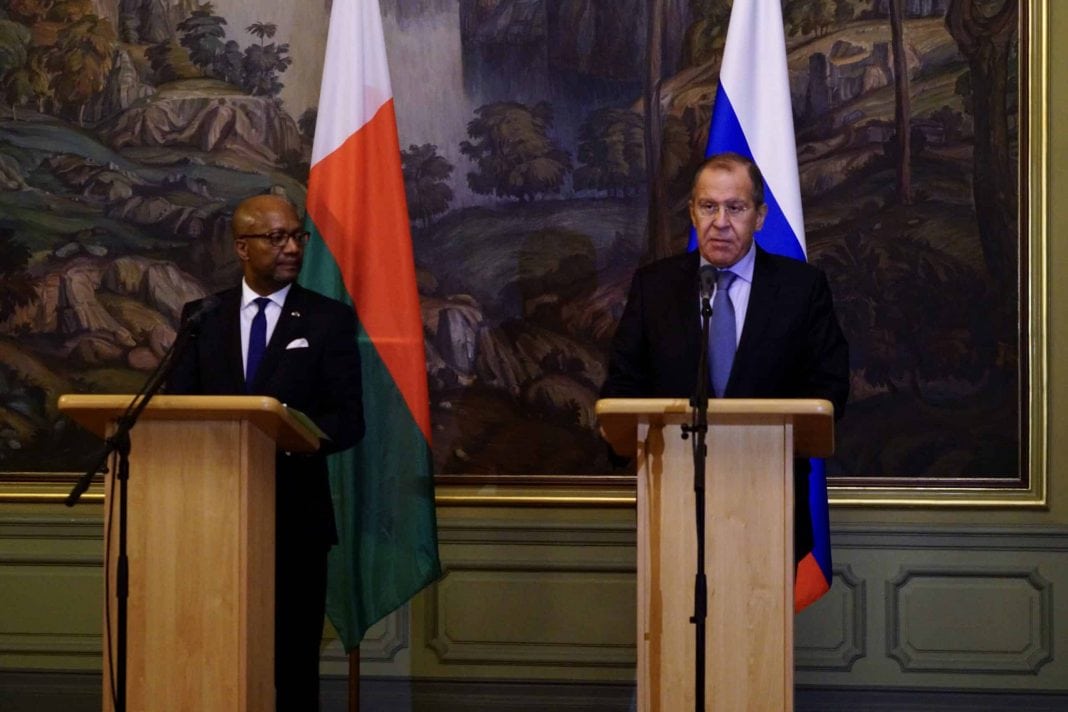 The 2018 presidential campaign in Madagascar was among the most closely fought in its post-independence history. Former president Andry Rajoelina was elected following the second round in late December. Since the election, Rajoelina has promoted closer ties with Russia, including strengthening military cooperation. This may come as no surprise after a BBC Africa investigation revealed that at least six candidates were offered money by Russians. The interference in Madagascar’s elections is just the latest in a series of strategic covert and overt manoeuvres by Russia in Africa over the last two years.

Opening Diplomacy to Other Horizons

Madagascar is one of Africa’s poorest nations, with around 80% of its 25 million people living on less than $2 per day, and is extremely exposed politically with few campaign finance laws. Russian political strategists with alleged ties to the Kremlin, posing as tourists, are suspected to have manipulated the country’s elections last year. A BBC investigation revealed that Pastor André Mailhol was one of at least six presidential candidates targeted by a team of politically connected Russians and offered millions of dollars in cash.

A contract stipulated that should a front runner emerge, the Russian’s candidates would pull out of the race and favour the leading presidential contender. In addition to the cash, Mailhol received a bodyguard, a former Russian soldier, and VIP treatment on the campaign trail. Jean-Omer Beriziky, another candidate who said he was approached by the Russians, said he was asked if he was ready to “open Madagascar’s diplomacy to other horizons” in exchange for almost $2 million.

Mailhot, who said the Russians were vague in confirming their identities. However, the three have been confirmed as Andrei Kramar, a man with strong political connections, Roman Pozdnyakov, a Russian businessman, and Vladimir Boyaishchev, who has a history in the diamond trade. The three were later deported and banned from Madagascar after being arrested by police for organizing an unauthorized protest at the French embassy. The Russian operative allegedly paid demonstrators to participate in the protest. The three operatives are purportedly affiliated with Yevgeny Prigozhin, a secretive businessman known as Vladimir Putin’s “chef”. Bloomberg reported in November that Putin and Prigozhin share an interest in Madagascar, the world’s largest producer of vanilla and a holder of major deposits of nickel, cobalt and uranium.

‘The Chef’ shaping the continent

Yevgeny Prigozhin, or ‘the chef’, is a Kremlin operative who has been indicted in the United States for his alleged interference in the 2016 US presidential election. He is reported to be directing Russia’s ambitions to rekindle Cold War ties across the African continent to syphon mineral wealth and revive its geopolitical prowess. Prigozhin, with his contract soldiers the Wagner Group and political operatives, is offering security, arms training and electioneering services in exchange for mining rights and other opportunities. “The Russians want to influence with governments, they want economic access and they’re much more flexible—that’s their advantage,” said Peter Pham, head of the Washington-based Atlantic Council’s Africa Center. He further told the Moscow Times that “it doesn’t cost very much to send a couple of hundred guys to shore up a president.”

An active presence of active measures

Africa was not on Putin’s radar during his first 20 years in power. After the Soviet Union’s 1991 collapse, Russia’s presence in Africa dwindled. Now the region is a focus for the Kremlin, both geopolitically and to open new markets. Thirteen per cent of Russia’s total arms exports in 2017 were sent to Africa, according to the Stockholm International Peace Research Institute. Russia is signing arms deals across Africa to states isolated by the United States and other countries in the West. Putin is pursuing a comprehensive strategy for developing commercial and security ties with the continent as a whole, according to Polina Slyusarchuk, who runs Intexpertise, an Africa-focused research group in St. Petersburg.  The recent election in Madagascar seems just the latest move for Russia in this larger strategy. In 2019, Russia will host more than 50 leaders for the first Russia-Africa summit. The event will cement “Russia’s active presence in the region,” Foreign Minister Sergei Lavrov said.

Image: Ministry of Foreign Affairs of the Russian Federation (link)