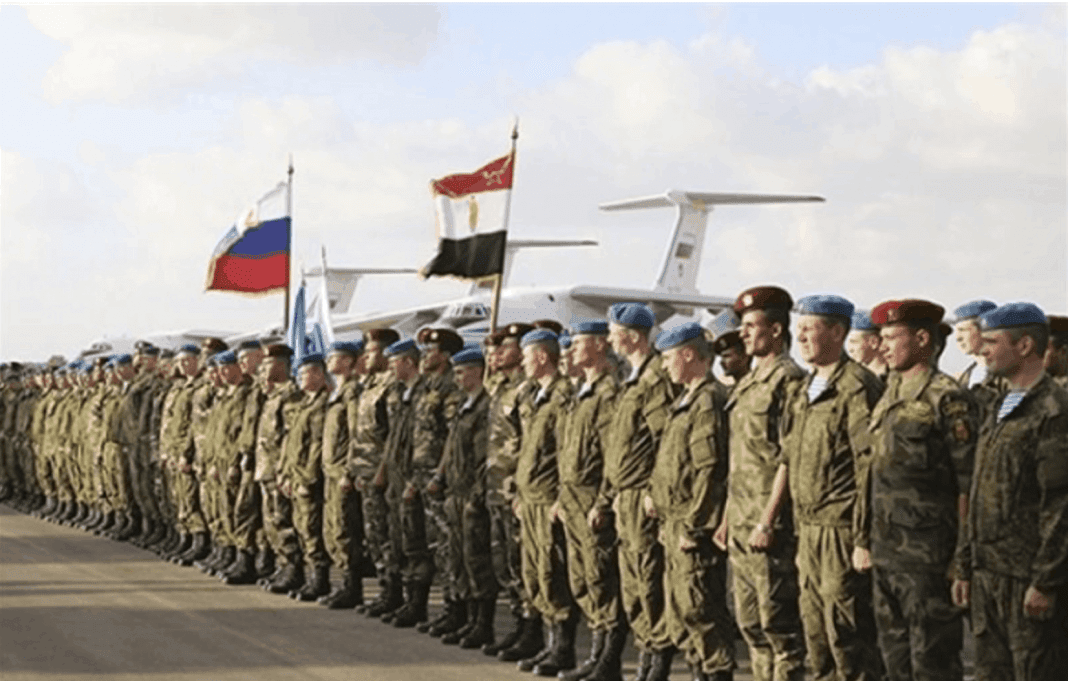 The presence of Russian forces in Libya, as well as the alleged presence of PMC’s in CAR, have highly likely pushed the creation of a military base in Egypt.

KJ-1. The frequency and intensity of Russian activity in Egypt and Libya will likely increase in the following 12 months. The military base established is an asset to be protected, as it strengthens Russian legitimacy in the region. Ultimately, this would shadow the Chinese economic and infrastructure investment in the country and focus the spotlight on Russian public investments.

KJ-2. The capability of Russia to influence regional dynamics in the Sahel and the Middle East will highly likely increase in the following 12 months. Plausible deniability is maintained through the use of PMCs. The military base provides a geospatial advantage for Russia to expand its influence through the Sinai and Libya in particular.

KJ-3. Russia will highly likely attempt to militarily shadow the United States in Eastern Egypt. The US has been unable to reduce the capability of ISIS in the Sinai Peninsula. Russia has the opportunity to appear as a domestic partner of Sisi as well as obtain a geopolitical victory against the United States.

Nature of the Establishment of the Military Base

The friction grown in the US-Egypt relationship has likely pushed Sisi’s government to invest in Russia as an ally. Egypt has come under criticism due to its human violations by jailing opposition as well as critics, particularly from the United States. In 2019, Egypt withdrew from the trump-initiated Middle East Strategic Alliance Initiative (MESA), while the US reduced the Foreign Military Fund (FMF) by $65.5 million. In 2018, Putin held the Africa-Russia summit, co-chairing it with President Sisi. The symbolic gesture and efforts of Russia, together with the friction created between Egypt and the US, means that Sisi’s government has likely invested in Russia as a long-term strategy.

The safe-haven the infrastructure provides as well as the increased capabilities to tackle different threats are opportunities for Russia to take advantage of. In particular, establishing a fixed military base increases Russia’s capability to exert more deniable pressure on the European Union and NATO, by deniably supporting Haftar through the Wagner Group.

The need for Egypt to re-direct and obtain more energy resources has likely pushed the government of Sisi to accept the presence of a Russian military base in exchange for a nuclear plant. Russia has invested $20 billion in funding over 80% of the Nuclear Plant planned to be constructed in Daba’a, north of Cairo. The economic investment is Russian and it is Egypt that obtains the energy. Nevertheless, the government of Sisi is likely interested in maintaining further foreign investment at a cost of expanding Russia’s military capability, as it indirectly aids domestic security issues.

Russia’s economic investment, as well as the geospatial advantages of Egypt, have highly likely pushed the establishment of the military base in Egypt. Bilateral trade between countries grew by 37% in 2018. These were supported through a $20 billion investment being built by Russian nuclear giant Rosatom ensures that Russia has economic interests to maintain a permanent presence in the country. The presence of Russia nevertheless is motivated further by the geographical advantages than the investment made. Egypt enabled Russia to have a designated industrial zone in the Suez Canal, which has highly likely pushed Russia to establish a fixated infrastructure in the region considering the growing security threats.

The Egyptian force’s struggle to tackle security threats has likely granted an opportunity for Russia to intervene by establishing a fixed military base in Egypt. The Egyptian army has been unable to defeat ISIS in the Sinai despite the aid sent by the US government. Turkish threats of engagement should Egypt actively participate in Libya have likely pushed Egypt to seek Russian military support as a deterrent to a possible conflict escalation. Apart from direct Russian aid, Egyptian forces are likely interested in establishing a long-term partnership with Russian forces, as a way of developing their own capabilities and avoid the dependence on specific nations in future conflicts. The poor capability of the Egyptian armed forces has likely pushed the establishment of a fixed military base.

The continuous joint-military exercises, as well as the military aid provided to Egypt, have highly likely driven Russia to establish a military base in the Northern African country. In 2017, Russia reportedly used an airbase in western Egypt to covertly intervene in the Libyan civil war. Russia and Egypt carried out a joint exercise deemed ‘Arrow of Friendship’ in November 2019, while the Wagner Group has been reported to have intervened in Syria multiple times in the last 12 months. The geographical advantage of establishing a base in Egypt allows Russia to easily interfere in the Libyan civil war with a reduced cost and maintaining plausible deniability.

Consequences of Establishing a Russian Military Base

The establishment of a permanent base highly likely pushes Russian interests in maintaining a cordial relationship with Egypt. The establishment of a Russian Industrial Zone in the Suez Canal is a novel revenue channel indirectly supported by the fixed presence of Russian forces. It is likely that the fixed presence of forces acts as an incentive to furthering the nuclear energy deal and to enlarge it. A permanent military base represents a long-term investment, and likely drives the nuclear and industrial economic agreements to an expansion.

Russia will highly likely be observed in the short term as the powerful state which came to the aid of African nations. The Russia-Africa summit served as whitewashing opportunity under which Russia took advantage of the power vacuum which the US and European states had left. As reported through the Federal Intelligence Service (BND) of Germany, paramilitary groups have often aided autocratic regimes in Africa by suppressing opposition. Russia’s military-focused expansion will highly likely generate rejection from other intervening bodies like NATO, which in turn will likely create a division as to how to tackle this novel Russian threat. Ultimately, the military base will ensure geopolitical division within international organisations like the EU, NATO or the UN. In turn, this division will likely alienate further countries, pushing them towards geopolitical support from Russia.

Russia will highly likely attempt to fill the military dominance vacuum, by tackling the security threat in the Sinai which the US aid was not able to resolve. In turn, this alienates Egypt from seeking further American assistance, pushing them towards increased support from Russia. Indicators to observe are almost certainly the ‘arrow of friendship’ exercises already planned for 2021 or the recent acquisition of 20 SU-35 fighter planes for $1.5 billion. Although arguably these occurred prior to the base being established, the presence of infrastructure exponentially expands the capabilities of exercises as well as cooperation in different situations.

Thus, further acquisitions are to be expected as capability can only grow. There is a realistic probability that Russia will encounter American opposition in Saudi Arabia as well as CAR and the Sahel due to terrorist presence. Still, the military legitimacy to tackle a security threat in the Sinai, as well as the Sahel, will highly likely give Russia room to militarily intervene in other surrounding nations under a banner of protection or advice.