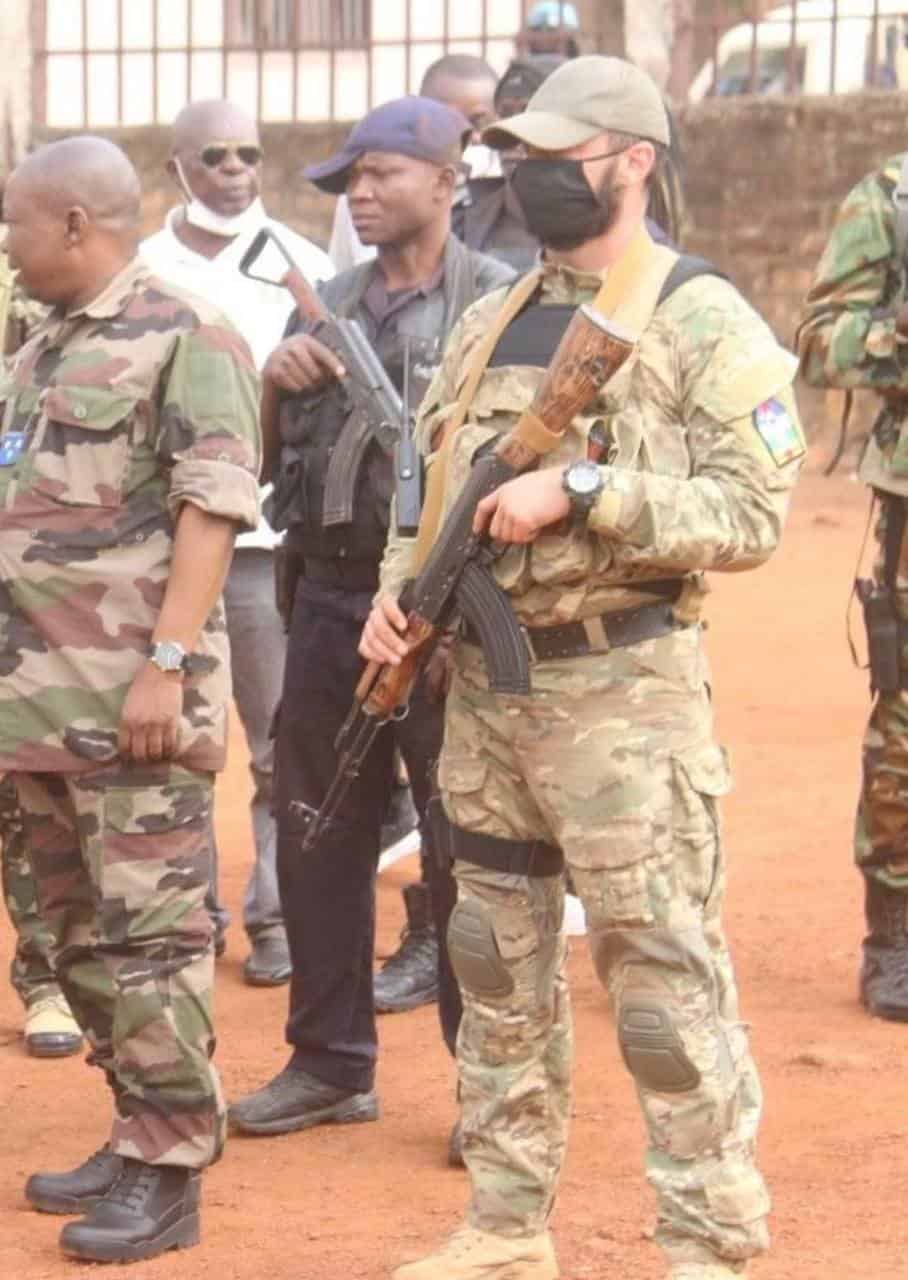 Another war-torn mineral-rich state ripe for Russian arms, investment, and cooperation were the Central African Republic (CAR) in late 2017. In 2016, France formally ended its military mission in the CAR, leaving the responsibility of the security situation on the shoulders of the UN peacekeeping forces who were already overwhelmed prior to the decision. Additionally, in April 2017, the US-led manhunt for warlord Joseph Kony ended, leading to the withdrawal of 1,500 US-sponsored Ugandan troops stationed in the CAR.

Just a month after, US President Trump announced his commitment to slashing foreign aid by 32% in 2018 as a part of his ‘America First’ strategy in which one of the biggest losers would be the CAR, expected to go from receiving $60 million to a proposed $6 million. These events, despite the foreign aid reduction proposal getting shut down in Congress in 2018, effectively formed a power vacuum in 2017 – soon to be filled by Wagner and Russia.

Accept Our Arms and Consider Us Partners

Those events spiked ethnic fighting and the CAR plead for arms in late 2017. France offered 1,400 assault rifles it had seized in Somalia for a stiff price. Russia objected to this in the UN Security Council as the CAR has been under an arms embargo since 2013. Russia meant arms seized for breaching the embargo on Somalia could not be recycled for such a purpose – Then quickly lobbied the Security Council for approval and made a generous donation of 5,200 AK47s, 900 Makarov Pistols, 840 Kalashnikov machine guns, 270 RPGs, 140 sniper rifles, and 20 portable anti-air defence systems, plus ammunition.

On 16 February 2018, Tunisia announced they had seized Russian military cargo off a ship named URAL that had departed from Novorossiysk in Russia. The ship was in route for Cameroon when it was hit by a storm and requested to dock at the port of Sfax in Tunisia for repairs. Upon arrival, Tunisian authorities found that the ship was loaded with 24 unregistered containers packed with military equipment like satellite communication equipment, uniforms, and medical supplies, along with unauthorized armoured personnel carriers, military trucks, and ‘everything required to set up military camp.’ The same ship is reported to have been delivering Russian cargo to Syria since 2016. The case of URAL is interesting for three reasons;

Hence, the case of Ural indicates that;

Lobaye Invest: Started operating in the CAR in October 2017. Lobaye is a mining company that has received concessions to explore two large deposits in the CAR for gold or other minerals. CAR is also rich in uranium and diamonds. Lobaye’s CEO is Yevgeny Khotodov reportedly a co-worker of Prigozhin, the same man is also CEO for St. Petersburg based Argo and M-Finance, the latter being a mining company. M-Finance is strikingly similar to M Invest which has already been linked to Prigozhin in Sudan. Additionally, African Intelligence reported that Lobaye is the ‘daughter’ of M Invest, which links the cluster of companies in Sudan and CAR with each other, and Prigozhin. Evidently, as Meroe Gold is Prigozhin’s mining proxy in Sudan, Lobaye holds the same position in the CAR.

PMC Wagner:In Sudan, the Wagner personnel posed as civilian instructors or as M Invest personnel. In the CAR, Wagner personnel has reportedly posed as civilian instructors and employees of Sewa Security Services, which is based in Bangui. Additionally, a private military company named Patriot has emerged in the CAR. It is unclear whether PMC Patriot is a different company or just another front of Wagner. Swiftly after the arrival of Russian personnel, President Touadera swapped out the ‘blue helmets’ with Russians to provide his personal security.

Reportedly, it is PMC Patriot that provides VP security while Sewa provides security for the lucrative mines, and civilian instructors train government forces. It is largely understood by linking the different actors involved that all Russian security personnel is PMC Wagner and that both Wagner and Lobaye are there on behalf of Prigozhin who is there on behalf of Russia.

All Eyes on Wagner

In March 2018, Russia reportedly sent 170 instructors to train government forces, understood to be Wagner personnel. In July, three Russian journalists were on their way to the mines in Ndassima, which are explored by Lobaye. It is unclear whether it was Wagner or local militias that killed the journalists. Locals report that Wagner and locals travel together to and from the mines, indicating cooperation with rebel forces as well as government forces. The incident caused Wagner to gain much, and surely unwanted, attention.

The same business model as deployed in Sudan has been deployed in the CAR – Security for natural resources. However, the CAR is complex and involves various opposition groups, which means Russia have to work with everyone – and they do. Prigozhin and Russia are striking deals with whoever they have to strike deals with to explore those mines and project influence. What those deals consist of, weapons supply, cooperation, revenue share, or anything else, remains to come to light.

Meanwhile, Wagner forces on the ground have been estimated to be anywhere from 170 – 1,500, others suggesting they move between Sudan and CAR as needed. What remains certain is that Russia’s ‘proxy presence’ in CAR is greater than officially reported, and Russia will continue to expand its presence on the African continent.