Somalia and the Fight Against Al-Shabaab 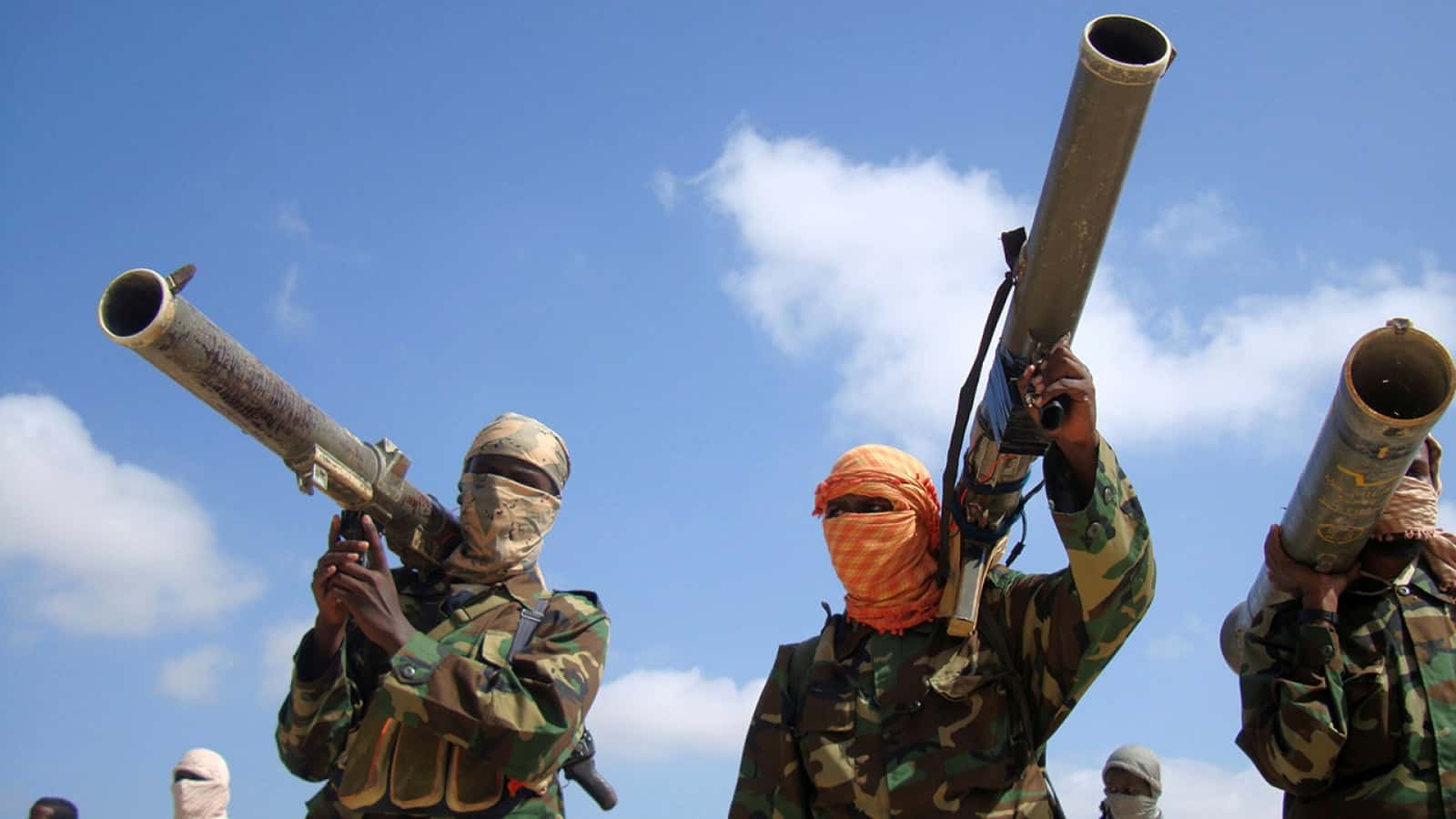 Somalia is facing a period of chaos and insecurity. Not only because of its current political situation mainly linked to the upcoming elections but also because of the humanitarian crisis affecting the country.

KJ-1.    The UN arms embargo is highly likely to stay in place until the defeat of Al-Shabaab. Foreign countries want to sell weapons and military equipment to the Somali government. They have to receive approval from the UN Security Council.

KJ-2.    It is highly likely that the influence of Turkey in Somalia will keep growing in the next years. Its continuous efforts in the country are helping the local government both economically and military.

KJ-3.    Iran is likely to use Puntland for its geographical position in order to illegally export its weapons to Yemen and unofficially support Al-Shabaab.

The civil war is affecting Southern and Central Somalia. It sees the security forces of the Federal Government of Somalia fighting various military factions, among which there is Al-Shabaab.

Al-Shabaab is still creating instability within the country, despite the military campaigns against the group led by the African Union. During the COVID-19 outbreak, Al-Shabaab did not stop its attacks and operations, even though they promised a truce.

The UN Security Council arms embargo, which afflicts Somalia since January 1992, is highly likely to stay in place until the defeat of the terrorist group Al-Shabaab. Al-Shabaab still represents a threat to the stability and the security of Somalia. The group took control of large rural areas in central and southern Somalia. Its presence is affecting the development and the political, economic, and social stability of the country.

In Resolution 2551, approved on the 12th of November 2020, the UN made more amendments and extended the embargo until the 15th of December 2021. According to this new resolution:

Nonetheless the UN arms embargo, Somalia still has to improve weapons and ammunition management for the military equipment received. That is the reason why many weapons imported by the government are re-sold on the black market.

Somalia and the UK

Since 2007, the United Kingdom has approved arms exports to the Somali government. The idea is to enhance the security sector of the country. In September 2020 the UK donated to the Somali National Army (SNA) 27 vehicles and a fully-equipped mechanical workshop. The equipment included 17 Kamaz troop carriers and tractor trucks and 10 Toyota Land Cruiser light patrol vehicles. Between 2019 and 2020, over 400 SNA soldiers were trained in a UK-supported training facility in Baidoa. The training was aimed at gaining skills in basic command and control, defensive and offensive operations, and leadership. Last year, through the Conflict Stability and Security Fund, the UK provided training facilities to Somalia. The objective is to support Somali security institutions and their fight against Al-Shabaab.

The UN arms embargo is highly likely to stay in place until the defeat of Al-Shabaab. Foreign countries that want to sell weapons or military equipment to the Somali government, have to receive approval from the UN Security Council.

In 2017, Turkey opened its military base in Somalia, which is still its biggest military base overseas. Turkey decided to expand its influence on Somalia not only for its strategic position and to help the country in its fight against Al-Shabaab but also because Turkey considers Somalia the pivot of its strategy in Africa. Turkey is considering Somalia as the point of entry for its Turkish expansion in the African continent. Thereby, Turkey could extend its ideology and power and consequently weaken the Chinese and Russian expansion.

To the present day, Turkey has trained around a third of the Somali army, which corresponds to around 15,000-16,000 soldiers. This training not only consists of Commando Basic Training but also in techniques that could help Somali soldiers in countering Al-Shabaab.

In 2017, Somalia imported from Turkey about 45,000 MPT-76, a Turkish-made rifle, and over 400 Somali soldiers were supplied small weapons. The UN embargo still restricts the type of weapons or military vehicles that Somalia can buy or receive.

On the 22nd of August 2020, Turkey donated to the Somali 3rd Infantry Battalion, which was trained by its government, 12 Mitsubishi Triton pickups, with pintle mounts for machineguns. On the 27thof August, Somalia received 12 Kirpi armoured personnel carriers, the first fully armoured vehicle owned by the Somali National Army. The Kirpi is manufactured by Turkey’s BMC and it protects from landmines, which are laid by Al-Shabaab all over its controlled territories.

In the last months of 2020, the Turkish government planned to send 1,000 G3 assault rifles and about 150,000 bullets to Harama’ad, a Somali special unit trained by Turkey. Following the political instability and the end of the presidential term of President Mohamed, the Somali political opposition requested Turkey not to send the military equipment, dreading that these weapons would have been used against them and not Al-Shabaab. The Somali government often used special units such as Harama’ad and Gorgor against the opposition and the protesters.

Somalia’s future is also in the hands of the Turkish government, which made itself essential for the country. The Turkish influence on the upcoming presidential elections will affect the Somali political arena.

It is highly likely that the influence of Turkey in Somalia will keep growing in the next years. Its continuous efforts in the country are helping the local government both economically and military.

Since 2015, when Saudi Arabia decided to intervene in Yemen, Iran is using Somalia to smuggle its weapons to Yemen and the Houthis. In exchange for financial incentives, Iran exploits Somalia to transport its weapons also to other African countries such as Kenya, Mozambique, and Tanzania. Many of these weapons and military equipment do not reach Yemen and are used by Al-Shabaab, allegedly supported by Iran, to fight against the Somali government.

Puntland, a semi-autonomous region in north-eastern Somalia, is the main entry point for illicit arms, including the Iranian one. Iran not only smuggles arms such as pistols, AK-pattern rifles, Soviet-pattern machine guns, but also mortars, bomb-making materials and chemicals. According to the local security forces, since 2017 Al-Shabaab became stronger also thanks to Irani support, which not only consists of weapons but is also economic.

In February 2021, the U.S. Navy confiscated a large cache of military equipment illegally transported by two small ships off the Somali coast. The seized military equipment consisted of light machine guns, heavy sniper rifles, Kalashnikov-style rifles and rocket-propelled grenade launchers. That was not the first time that the U.S. and other countries such as Saudi Arabia found weapons manufactured by Iran or intended for Yemen on dhows.

Until the situation in Somalia remains unstable and uncertain, Iran will keep using and exploit the country for its illicit trade of weapons, mostly because of the country’s incapacity to keep a record of its military equipment and its lack of control in various areas of its territory.

Iran is likely to use Puntland for its geographical position in order to illegally export its weapons from Yemen and unofficially support Al-Shabaab.