South Sudan: An Absence of War, A Small Prospect of Peace 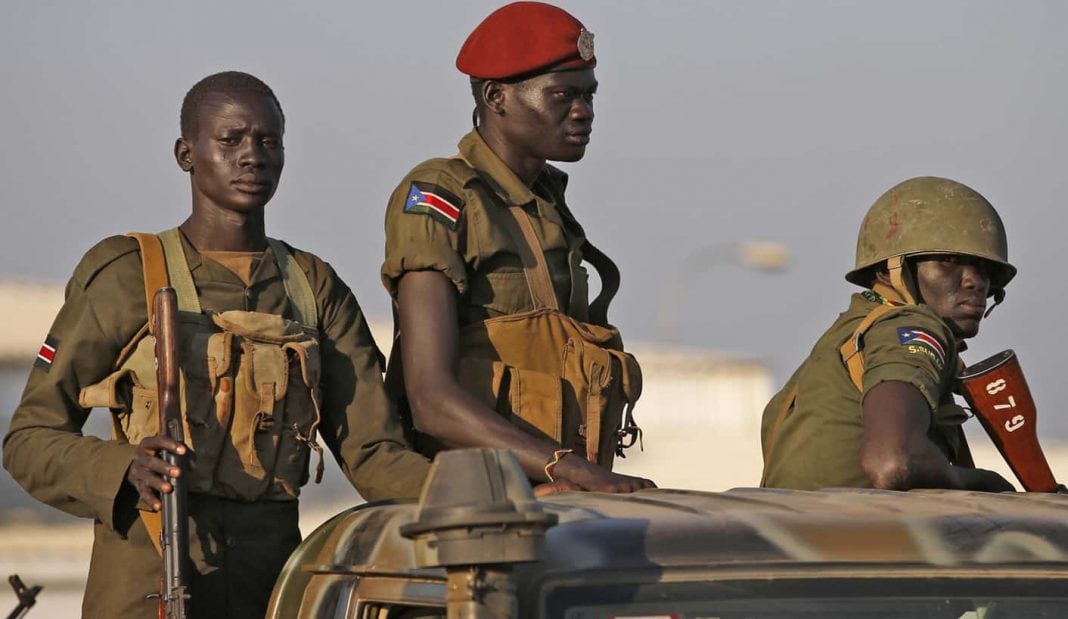 Violence broke out between the South Sudan President Salva Kiir’s party—the Sudan People’s Liberation Movement (SPLM) and the former Vice President of South Sudan Riek Machar’s the Sudan People’s Liberation Movement-In Opposition (SPLM-IO) in 2013. The violence ignited a civil war which has displaced a third of the population and led to atrocities committed against civilians, including ethnic cleansing, sexual violence, and the conscription of children. In June 2018, a permanent ceasefire agreement was signed, the Khartoum Declaration, set to take effect within three days and enable the various parties involved to reach a peace agreement to end the civil war. One year later, peace is fading away.

A Year of Brittle Peace

In August 2018, a new power-sharing deal to end the violence was agreed to under the mediation of other African leaders in Khartoum, known as the Revitalised – Agreement for the Resolution of the Conflict in South Sudan (R-ARCSS). The agreement required one final accord to be signed for the deal to be final. The various rebel groups and militias involved in the conflict later agreed to the deal by the end of August, except for Thomas Cirillo’s South Sudan National Democratic Alliance (SSNDA).

On the 12thof September 2018, Kiir and Machar formally ended the conflict by signing the final accord finalizing the reconciliation. The agreement was met with much scepticism focused on the bloated format of government, with 36 ministers and five vice presidents. Others referred to the historical precedent as a similar deal was struck in 2016 but broke down once fighting re-erupted in Juba which the new deal failed to address. Meanwhile, fighting has taken place occasionally in the Western Bahr el Ghazal and Central Equatoria provinces between government forces and non-signatory groups

The deadline for the implementation of the transitional government as outlined by the R-ARCSS was set to 12 May 2019. By 12 May, no forces were unified, border disputes were not resolved, and no unified government was assembled. Instead, the involved parties had the deadline extended by six months while some called for a one-year extension.

The Future of the Peace Agreement

Violence continues in certain regions of South Sudan where non-signatory rebel groups are calling for greater regional autonomy, meaning an agreement by the leaders and the elite might not have an effective impact on the ground in certain opposition areas where fighting likely will continue until they are heard.

There are also questions of the level of commitment to the deal by the signatory parties. Kiir has stated officially that the deal is “bad” and despite a lack of funds, his government hired the US foreign lobbying firm Gainful Solutions for $3.7 million to influence the Trump administration to roll back sanctions on individuals known for fuelling the war and benefiting from it financially.

Additionally, the agreement outlined the establishment of the “hybrid court” which is a focal mechanism in the agreement to ensure accountability for the war crimes – the contract with Gainful Solution tasks the firm with the delay of the hybrid court and the ultimate blockade against it. Meanwhile, Machar has reportedly been trying to recruit more soldiers to his ranks to improve his hard power for negotiations or to impose his terms, though unsuccessfully. This is a strong indication that the main parties of the agreement are working against the agreement before it even has begun proper implementation shows a clear lack of political will.

Another factor is the ultimate breakdown of the peace agreement in 2016, which was the clashes between the two main forces as Machar returned to Juba. Without the successful unification of the two forces, they are likely to be left with a shared security responsibility in Juba again which is not only open for but welcomes a 2016-déjà vu.

The accord further lacks monitoring and accountability mechanisms, it lacks guarantors and oversight parties, and as touched upon, it lacks political will behind it. Kiir and his associates are amassing personal wealth from ruling the oil-rich state as well as they have the forces meaning that the status quo is satisfying for the Kiir-camp. Meanwhile, Machar’s hand is weak with a diminishing fighting force.

The extension might lead to a better implementation of a transitional government and unified army, but it might also result in an increasingly unbalanced power distribution in which the government would be disincentivised from upholding its commitment to R-ARCSS. The absence of war and the extension of the deal might very well increase the chances of the peace agreement to fall through, in which a reignition of war is more likely than peace. However, the credible threats of sanctions targeting their personal economic interests by the global community allow faith in that they will follow through with the deal, if not for the people, then for themselves.