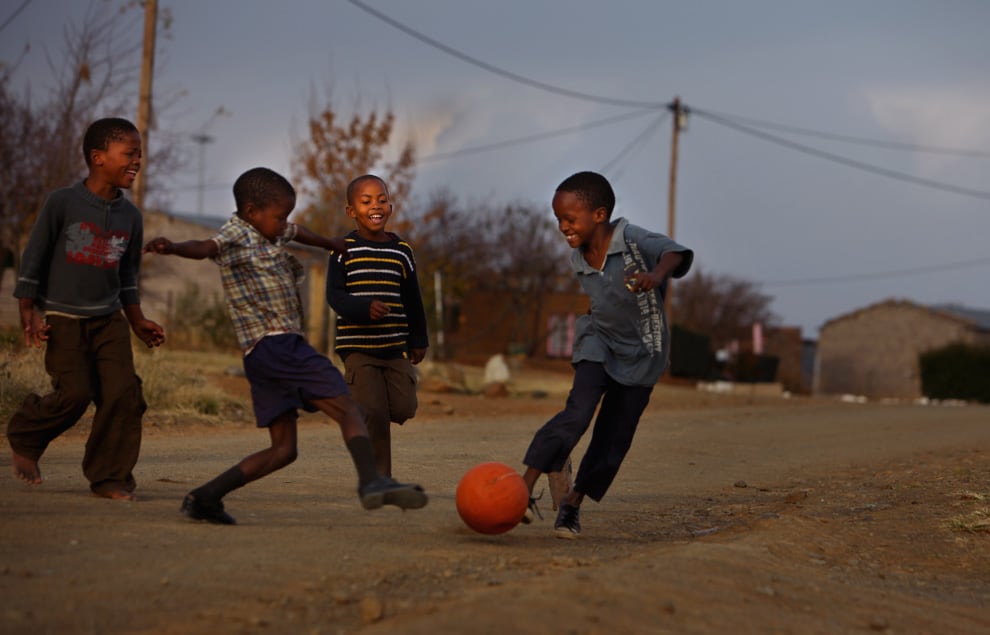 Football was introduced to Africa through the means of traders, settlers, missionaries, and European troops during the World Wars. The North, West, and Central African countries were mainly influenced by the French and the Confédération Africaine de Football (CAF) was established.  Although originally formed in 1957, the struggles for independence throughout the Cold War era impeded football from becoming widely recognized. The game only began to flourish after most of the African states gained independence in the 1960s.

Throughout the years, the African continent has produced world-famous football players, such as Roger Milla from Cameroon, Didier Drogba from Ivory Coast, Mohamed Salah from Egypt and George Weah from Liberia. Some of them have become icons for younger generations, and their political engagement has been encouraged and highly covered by the media.

Soon after its founding, the CAF organised the first African Nations’ Cup.  It was held in Sudan as an anniversary of its independence from Anglo-French control the previous year. Later that decade, African states embraced football and formed their own clubs that would later serve as platforms for promoting nationalism. Successful players became involved in politics and some emerged as popular leaders or philanthropists.

Football as a Stabilising Factor

In June 2018, as the ethnic clashes in the Anglophone region of Cameroon were increasing, footballer Samuel Eto’o Fils met with the Cameroonian Minister of secondary Education, Pauline Nalova Lyonga Egbe. The minister asked Samuel to take part in the Back to School campaign, which encourages parents to send their children to school to combat illiteracy. This way, the government used the footballer’s popularity to bring regional peace and stability in an area torn by ethnic violence. The sportsman also presented a project aimed at helping young Cameroonians to pursue their dream careers.

Another example is the football player Didier Drogba, who played a leading role in ending the civil war in Ivory Coast in 2005. Back then, the country was divided into two regions: the government-loyal South and the rebel-held North. In October 2005, after leading Ivory Coast to the 2006 World Cup finals with a 3-1 defeat of Sudan in Abidjan, captain Drogba — live on television — urged both warring factions to lay down their arms.

Later that week, the objective was achieved. Thereafter, the former Chelsea striker toured the country to help restore peace and unity. Following the tour, he proposed that the 2008 African Nations Cup qualifier match against Madagascar should be played in Bouake, the capital of the rebellion. Drogba not only promoted peace through football but also laid the groundwork for further dialogue and long-term stabilising factor in the West Africa.

During the Commonwealth Africa Summit 2020 in London, several African sports players and coaches were invited to hold a panel explaining the importance of sports in destabilised regions. A subsequent debate was focused on whether African states should try to implement the US system offering college scholarships for exceptional players.

Indeed, this program offers incentives for the youth to dedicate themselves to a sport (and thus a healthy lifestyle) while achieving academic excellence. Particularly in the Sahel region, where radicalism is on the rise and threatens the well-being of the youth, the government should make efforts to stimulate children and teenagers to choose a career in sports.

There is one program – The Rhodes Scholarships for West Africa, offering to finance for talented youngsters pursuing careers in sports, music, theatre etc. Successful candidates are granted funds to undertake a postgraduate study program at the University of Oxford in the UK. However, this program offers only 100 scholarships.

Many West Africans do not have access to education and even those who do, face high competition and financial struggles throughout their previous studies. The West African governments should take the initiative to grant scholarships for local schools and universities so that more teenagers can access education. Stimulating academic performance among the youth will not only increase the employability rate but will also prevent radicalism and violence.