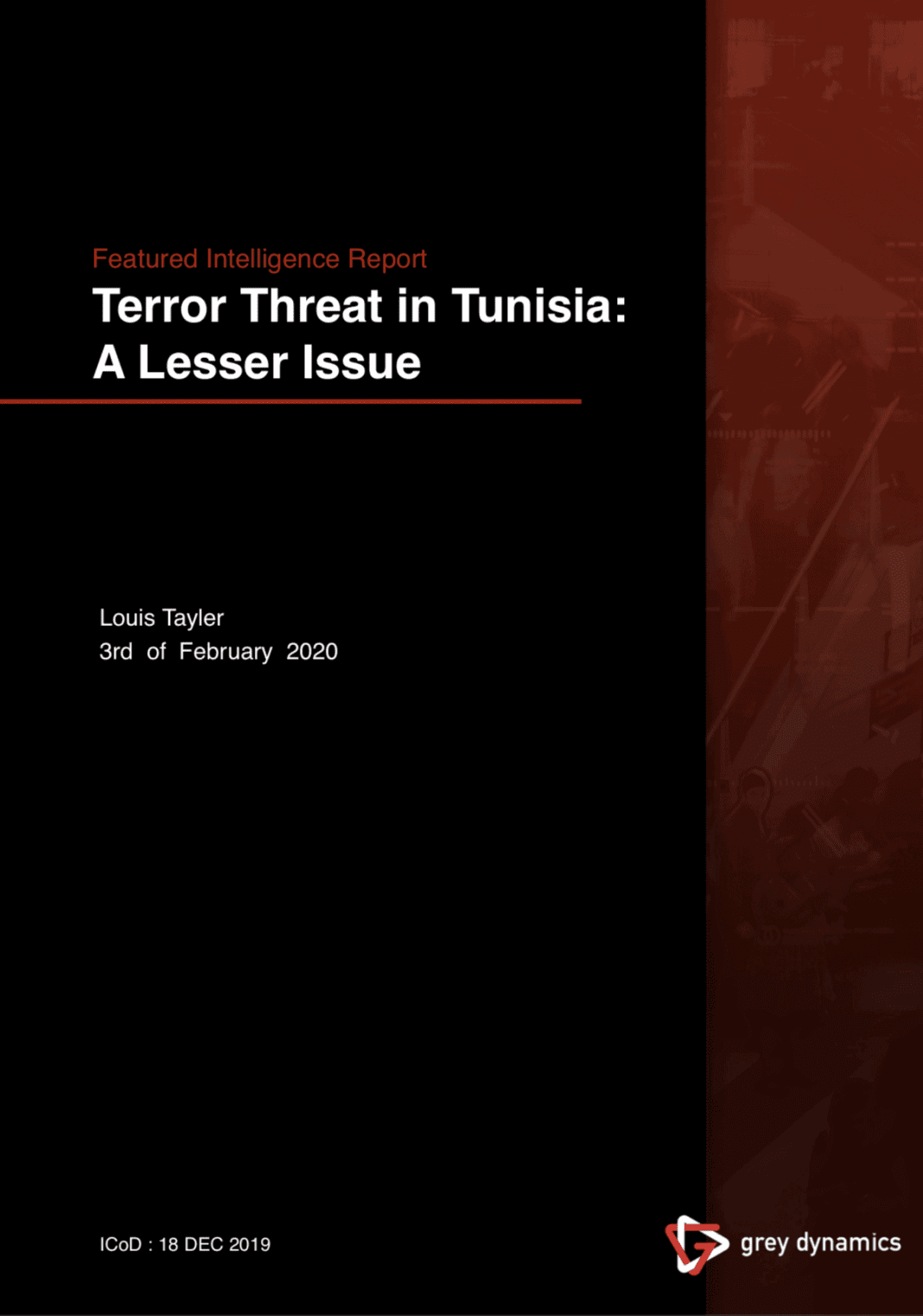 Tunisia is a country in which much has changed since the Arab Spring. It is the only Arab country in which democracy can be seen to be a reasonable success, with peaceful transitions of power between governments having been achieved. At the same time, Tunisia has done a great deal to mitigate the domestic terror threat, and has not suffered a terror attack with more than 10 casualties since 2015. The new president, Kais Saied, has vowed to reduce corruption, and has approved the replacement of both the foreign and defence ministers.

KJ-1. The Counter-Terror (CT) efforts in Tunisia are well funded, successful, and are likely to continue to be so.

KJ-2. The new President’s vow to combat corruption and give young people opportunity, as well as his Political Islamist beliefs will eat away at already weak extremist support in Tunisia.

KJ-3. The greater weight of public opinion in Tunisia is against acts of terror, a major factor in ensuring continued stability in Tunisia.

Counter-Terror efforts in Tunisia are well funded and well directed. Defence takes up 2.1% of GDP, with a budget of $844 million dollars. CT spending takes a large proportion of this spending, as it is recognised that security and stability are important not only for the country to continue to function, but also to reassure and guarantee safety for the tourism industry, which is highly sensitive to the security situation in Tunisia, and also a key industry for the country. This budget is topped up with US aid money, totalling nearly $122 million in 2019 (see figure 1).

Tunisia is also successful as a partner nation internationally, and cooperates successfully with Algeria and France to stop terrorism (among other countries). Though there are still some terror attacks, they are very often foiled or small-scale. CT efforts in Tunisia are empirically successful. Furthermore, the Tunisian military (even before 2011) has been small, and professional, and provides sufficient capabilities for the Tunisian government.

Kais Saied, the new president of Tunisia, has vowed to fight corruption in Tunisia. He is supported by Ennahda, the largest political party, and is a supporter of moderate political Islam. To this end, he has already dismissed both the foreign minister, and the defence minister in October 2019, indicating some changes are underway. Though the expanding defence budget in Tunisia provides an opportunity for corruption, Tunisia is in a better state than any other North African country to deal with this, and has made some steps to mitigate corruption as a problem, as a report from Transparency International confirms. Unlike Egypt or other regional countries, the Tunisian military does not own or operate economic assets, and is a highly professional institution. The president’s moderate Islamist agenda, and his campaign against corruption are highly popular with Tunisians, though much remains to be done in regards to corruption.

Public Opinion in Tunisia is greatly against acts of terror, and resulting destabilisation and damage to the tourism sector. On the occasion of some attacks, there has even been public protest against terrorism. See figure 2: “The protest in front of the national theatre [in Tunis] is against terrorism now.”

The importance of a population with little sympathy for acts of terror is great, as it reduces the freedom to operate and resources of would-be terrorists and insurgents. Additionally, given its role in defending the people against violence during the revolution, some Tunisians have a certain degree of affection or respect for their armed forces. Trust in institutions like this is an essential factor in ensuring stability and genuine engagement with democracy.

Download ‘Terror Threat in Tunisia: A Lesser Issue’ in PDF