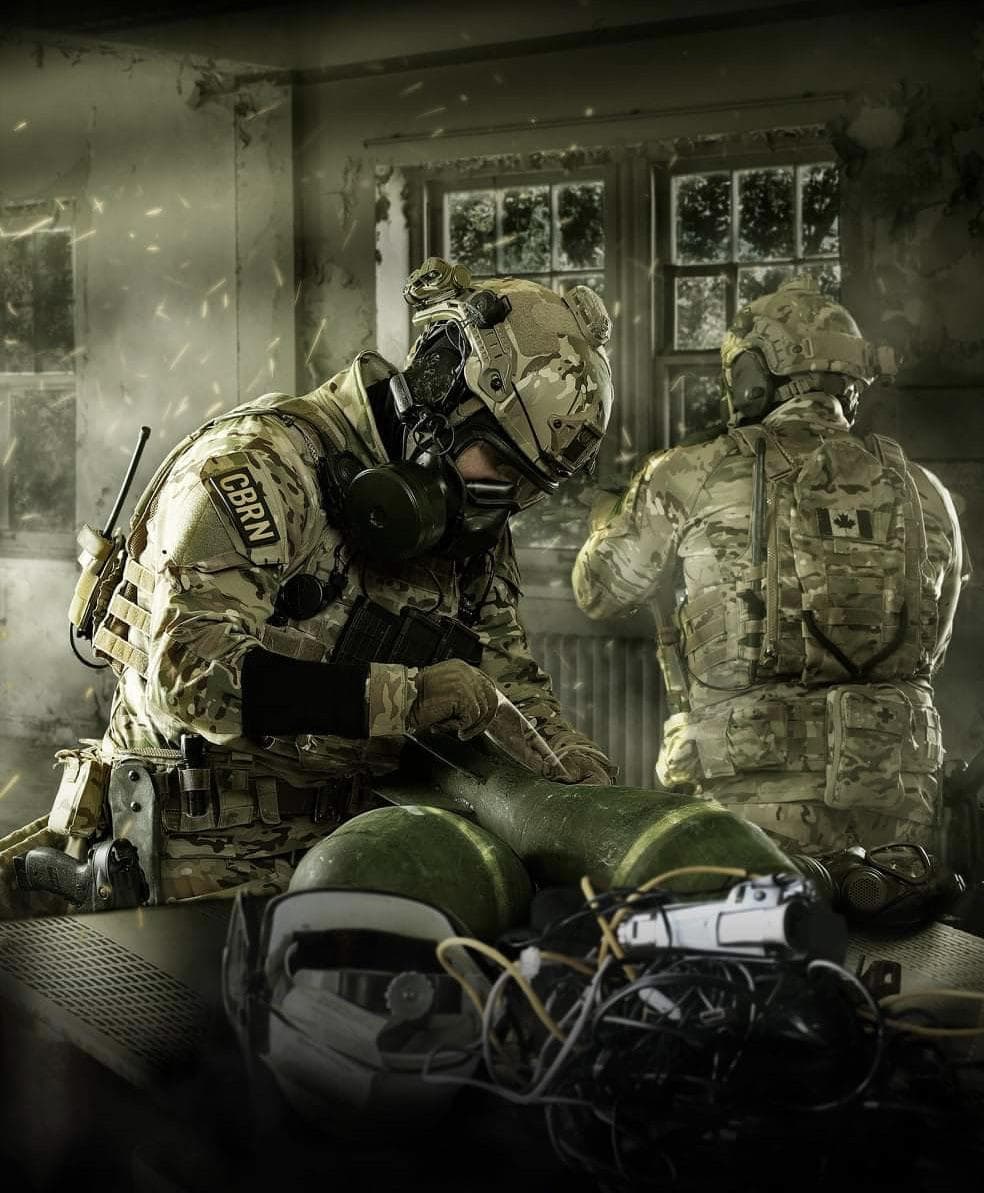 The Canadian Joint Incident Response Unit (CJIRU) is a special forces unit which specialises in chemical, biological, radiological, and nuclear (CBRN) operations. Members of the unit are designated as Chemical Biological Radiological Nuclear Operators or officers. The unit is also a component of the Canadian Special Operations Forces Command (CANSOFCOM) together with other units such as CSOR, 427 SOAS and the tier-1 JTF2.

After the September 11 terrorist attack, the Canadian government decided to establish a unit specialising in nuclear, biological, and chemical defence. The unit, when founded, had the title of Joint Nuclear, Biological and Chemical Defence Company (JNBCD Coy) and its base was in Ontario, at CFB Kingston. In 2006, the JNBCD Coy joined CANSOFCOM and in 2007, the government decided to reorganise it. In September of that same year, the unit received the title Canadian Joint Incident Response Unit (CJIRU).

The Canadian Joint Incident Response Unit operates alongside four other units which are all part of the CANSOFCOM, a high-readiness organisation. These units are:

The Canadian Joint Incident Response Unit’s headquarters are based in Ontario, at 8 Wing Trenton. This unit, listed as a Tier 2 Special Operations Forces unit, provides support to Tier 1 units, within CANSOFCOM, such as the JTF2.

This unit consists of three different troops: the Sampling and Identification of Biological, Radiological and Chemical Agents Troop (SIBCRA), the Surveillance Troop, and the Decontamination Troop.

The Surveillance Troop is in charge of surveillance and collecting information regarding a hot zone. Often, the troop operates with sensor-laden vehicles, in order to avoid direct contact with the target.

The CJIRU, which is part of the CANSOFCOM, provides support and high readiness capabilities for special operations in which the Command takes part.

The unit’s main focus is to “detect, identify, and mitigate CBRN risks”.

At a domestic level, the Canadian Joint Incident Response Unit is part of the Chemical, Biological, Radiological, Nuclear Explosives (CBRNE) Response Team, alongside the Public Health Agency of Canada (PHAC) and the Royal Canadian Mounted Police (RCMP). The unit also provides support during counter-terrorism operations. The CJIRU’s tasks usually are:

At an international level, the CJIRU is able to provide support to the Canadian Armed Forces deployed abroad.

In order to be part of the CJIRU unit, the candidate has to be a member of the Canadian Armed Forces, either Regular or Reserve Forces.

The general requirements for the candidates are:

The CJIRU PFT consists of:

In 2016, the Canadian government decided to modify the Canadian Joint Incident Response Unit PFT in order to focus more on the speciality of the unit. The new training process, however, has not been disclosed.

The badge of the CJIRU consists of a purple background, a colour used to represent the nature of the special forces’ units. At the centre of the badge, there are three inverted triangles which surround a grenade. The grenade symbolises the international and domestic support to the Canadian forces. Within the three triangles are represented the symbols of nuclear biological, and chemical danger.

The unit motto, located at the bottom of the badge, is “Nunquam Nonparati”. Translated from Latin, it means “Never caught off guard”.

The unit is equipped with a remote-control multi-agent tactical sentry (MATS). It consists of cameras, a chemical and radiological detector, and a GPS. This tool, driven by a unit member, is the first thing to enter the hot zone and provides pictures and videos of the threat.

However, there is not a tool or detector in order to trace and recognise biological agents. Consequently, the only way to understand if an area is contaminated is through the symptoms that a biological agent causes.

Since June 2008, the unit was deployed more than 20 times. Three of these occasions were national events, planned in advance, such as the visit of the former US President, Barack Obama.

The CJIRU also went to Iraq, during the fight against the Islamic State. While in Iraq, the unit was able to identify and dismantle chemical weapons used by IS militants. In Mosul, the CJIRU identified small batches of sulphur mustard and chlorine agents. The Sunni militants also had at their disposal radioactive material. The unit was also focused on training the Kurdish fighters.