In the ancient world, there was the Silk Road. Modernity replicated that – fueled through illicit, dark web, drug purchases. Along the Silk Road, many goods and different currencies were exchanged and were for the most part only regulated by the traders themselves.

The modern world had something somewhat similar to that at some point under the same name. It was a website called SilkRoad in which users could buy products with Bitcoin. It happened to be that products were usually illicit materials and drugs. Ross Ulbricht, the founder of the site (now serving life in prison) founded the site 2011 when he was 27. Below is a screenshot of the now defunct site, with the Bitcoin logo denominating the price. 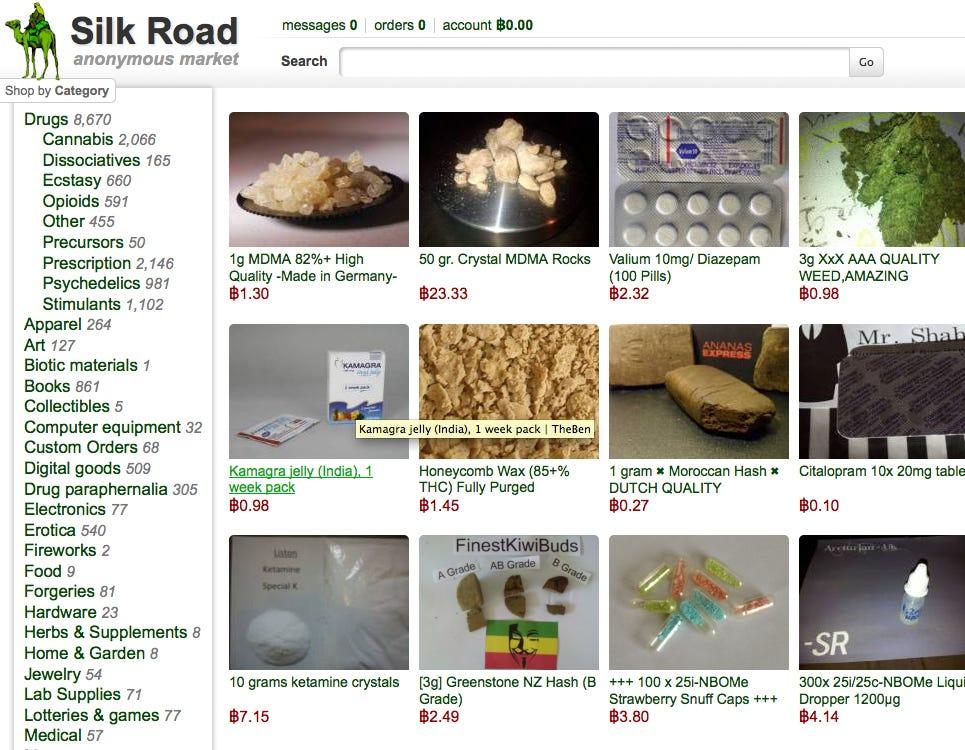 Silk Road was significant for many reasons, firstly it utilized cryptocurrency effectively and secondly because it used the existing anonymity of the internet’s Tor browser with the decentralized transaction to guarantee safety for buyers and sellers.

It also sold drugs to anyone, practically, anywhere for a low cost. In March 2012, the site had 10,000 products for sale by vendors, 70% of which were drug paraphernalia. Silk Road housed $15 million in transactions annually. (Source)

The method that Silk Road used in anonymous crypto-transactions is still in use today. This transaction model, shown below, is now how many, legal or illegal, vendors partake in transactions with cryptocurrencies.

And the Money Flowed along the Silk Road…

Indirectly, however, SilkRoad.com did give a gateway for groups that partake in the sale of drugs into cryptocurrency. Such actors, in turn, could expand their market greatly. The Taliban, therefore, could have profited from the Silk Road. (Source)

The Taliban at the time controlled the outflow of opium from the country and Afghanistan contributes about 80% of the world’s opium according to the United Nations Office on Drugs and Crime (UNODC). (Source)

Hypothetically, one can draw the connection that the opium the Taliban were selling at the time may have ended up distributed on SilkRoad, which in effect, means that they profited from it. While this is a game of hypotheticals, the chances get larger when you look outwards. The international drug trade does not exclude many, with state actors like North Korea even partaking. (Source) It is certainly likely that during the time Silk Road was active, a criminal or terrorist organization profited from its existence, and its ease of transaction.

While the Silk Road only operated for a short span of 5 years, the implications were huge. The founder, Ross Ulbricht, is currently serving life in prison, and the online “dark-web” drug-dealing community has only grown – fueled by the rapid growth of decentralized currency mechanics, possibly furthering money indirectly into violent groups looking for funds in any way possible.