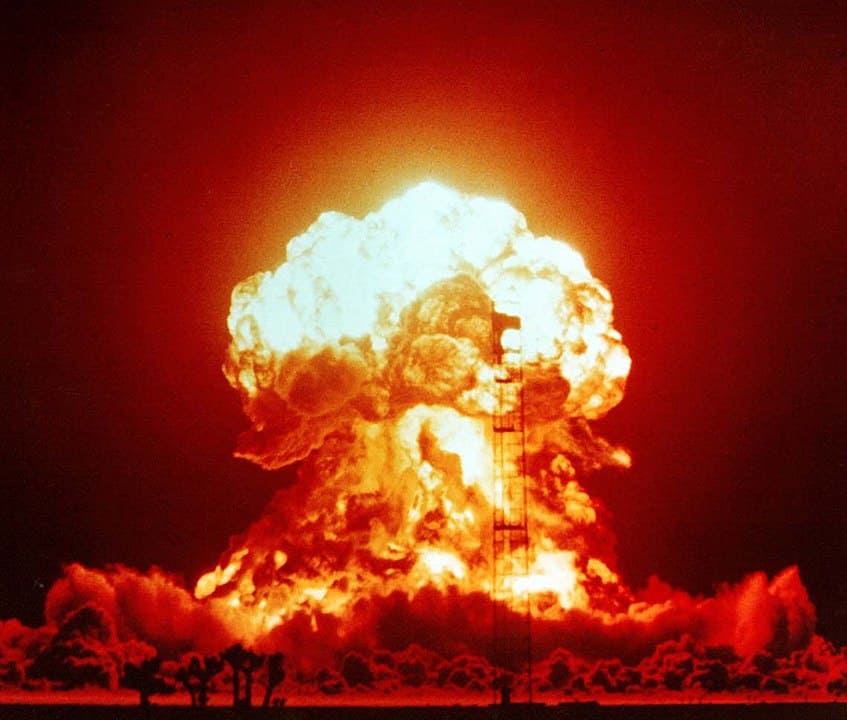 It is easy to think first of Iran or North Korea as aspiring and actual rogue nuclear nations respectively when asked about this subject. To others still, Israel and its purported nuclear deterrent may occur first. However, there was (until relatively recently) another rogue nuclear power, this one on the African continent. This, of course, was South Africa.

The South African nuclear programme began soon after the Second World War in 1948, with the establishment of the Atomic Energy Board (AEB), later renamed the Atomic Energy Corporation (AEC). South Africa has some of the world’s largest reserves of yellowcake uranium and supplied both the UK and the US. In 1957, South Africa took advantage of the U.S. “Atoms for Peace” programme and obtained a research reactor, as well as a supply of fuel from the U.S. Government.

The AEC began to consider the possibility of “peaceful nuclear explosives” in the late 60s and early 70s. Though this may sound like a fig-leaf for the pursuit of a weapons programme (and doubtless this played a role in the minds of some that supported the project), it isn’t as illogical as it may initially sound. Mining in South Africa represents a major sector of the economy, and the U.S. and USSR were both considering the industrial, peaceful uses for nuclear explosions at the time. Given the lack of understanding of radioactive materials and the consequences of nuclear fall-out, the limited use of nuclear explosions was not seen to be hugely far from economically viable.

The weaponization side of the equation began to change dramatically with changing political circumstances in the 1970s. In 1973, the UN passed resolution 3068, condemning apartheid and beginning the isolation of South Africa. Additionally, South Africa refused to accede to the Nuclear non-proliferation treaty in 1978, souring relations with the United States and ceasing nuclear cooperation. With decolonisation in Africa kicking off, Portugal withdrew from Angola in 1975, creating a potentially unfriendly neighbour. Despite not being on great terms with the United States, the South African government was even more fearful of the USSR and its intentions to grow influence across Africa, and undermine apartheid. In particular, USSR-funded Cuban soldiers were to play an increasingly important role in the Angolan Civil War, not to mention Namibian efforts to gain independence from South Africa.

In 1974, the then Prime Minister of South Africa, John Vorster and then-Israeli Minister of Defence Peres met in Switzerland. Though the meeting’s agenda is still a mystery, it is theorised that the Israeli and South African governments agreed to cooperate on nuclear matters. With the fear of its neighbours and desire for a nuclear deterrent high enough, the South African government began to develop a domestic output of highly enriched uranium (HEU). This is the kind needed to create the simplest kinds of nuclear bombs, similar to those used on Japan during the Second World War. In 1977, a secret test site for such a bomb was spotted by Soviet satellites, who promptly informed the Americans. Under intense pressure, the South African government was forced to dismantle the site. Regardless, it seems likely (though certainty is not assured) that two years later, a test went ahead, causing the Vela Incident.

Finally, by the 1980s, South Africa had developed its first nuclear bombs. Though of simple design, there was the domestic capability to produce several such bombs per year. This was all done in a state of extreme secrecy. In order to avoid even more international pressure, the South African government cultivated a strategic ambiguity over whether the government had a nuclear deterrent. The pursuit of mounting devices on missiles was attempted, though projects were never finished.

Disarmament and accession to the Treaty on the Non-Proliferation of Nuclear Weapons happened between 1989 and 1991, under Prime Minister de Klerk. This coincided with the end of the Cold War and the ending of apartheid, destroying the rationalisation for possession of nuclear weapons. De Klerk denies to this day that in the last days of the apartheid government in South Africa, it was decided to disarm because he did not trust a black government with that responsibility – for him, it was a matter of principle to disarm completely. Today, South Africa operates the only nuclear power plant on the continent, and maintains a modest civil nuclear programme.

Perhaps the biggest historical lesson to be gained from this example is that a state, when the rationalisation for expensive nuclear weapons is removed, is far more likely to disarm. Few states would willingly spend millions of dollars where no threat exists, and it seems likely that if de Klerk had not disarmed, the successor to his government in the ANC would have, as dealing with poverty in South Africa would have been a higher priority than maintaining even a small nuclear arsenal.