‘The Game Has Changed’: Iranian Terror Network in Africa 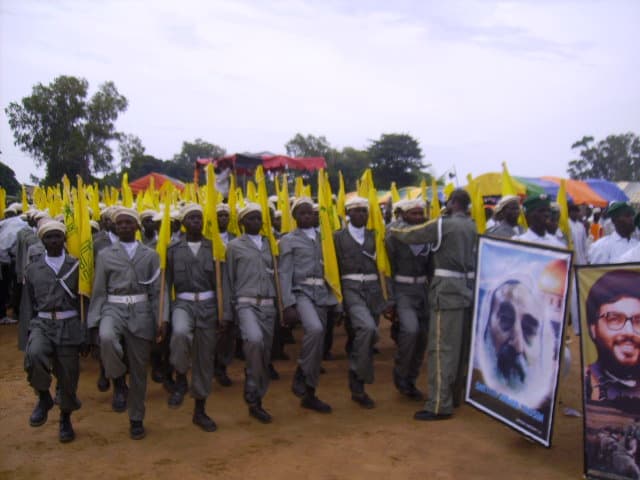 On January 2nd, U.S. Defence Secretary Mark T. Esper, following the U.S. airstrike assassination of Gen. Qaseem Soleimani, stated: “the game has changed”. This is true as the airstrike marked a shift in a proxy war between Washington and Iran and escalated to direct military action between the two. This could even expand beyond the Middle East activate the Iranian Terror Network in Africa.

The following ballistic missile attack on the U.S. bases signifies a further escalation. Prior to this, with proxy forces, Iran has repeatedly targeted Western and Israeli assets in the region. A lesser-known development has been the establishment of terror cells in Africa under the direction of Gen. Qaseem Soleimani. If there was ever a time, these cells are to become active, following this major, dangerous escalation, that time has likely come. Resorting to terror tactics by Iranian proxies is not unprecedented in Africa.

The 1998 U.S. embassy bombings killed 224 and injured over 4,000. While they carried out attacks under the direction of Al-Qaeda, Iran had a hand in the event. The U.S. District Court for the District of Columbia stated that the bombings made possible with “direct assistance” by Tehran, and Sudan. Hezbollah’s 1983 Beirut Marine barracks bombing was sought as an example of a successful attack. Iranian proxies via Hezbollah educated and directed assistance on to Al Qaeda regarding the detonation of large, sophisticated bombs.

In 2015 Kenyan authorities arrested two terror suspects with alleged links to Iran’s Quds Force. A branch in Africa which was established by Gen. Qaseem Soleimani. One suspect admitted they had been plotting to attack Western targets. Previously in 2012, two Iranians were arrested and charged for planning a terror attack, leading to the discovery of 15 kilograms of RDX explosives. Israeli hotels are highly common in Kenya. With this amount of explosive materials, operated by highly trained personnel, they prevented a potentially devastating attack.

Following the signing of the 2015 nuclear deal, through the orders of Soleimani, a terror cell network was set up by the specialised section (Unit 400) of the Quds Force run by Hamed Abdollahi. The cells themselves are allegedly run by Ali Parhoon, another prominent member in the Quds Force. They uncovered this after arrests last April led to the revelation.

Intelligence reports state there are around 300 highly trained militants within the network throughout Africa. The primary aim is to target Western assets and interests in the region. These cells are reportedly spread across Sudan, Chad, Ghana, Niger, The Gambia, and the Central African Republic. Hezbollah has also been training Nigerians for years. The 2018 Middle East Institute report stated that Iran had instructed Hezbollah to increase Nigerian training activities, as it seeks to facilitate a base of operations to launch attacks.

The U.S. withdrawal from the 2015 nuclear deal itself on May 8, 2018, could have arguably reinvigorated the expansion of the terror network in Africa. This is as the network’s existence is there in the event of an escalation between Iran and the West. The existence of an Iranian proxy hand in Africa is undeniable.

A 2013 Conflict Armament Research report found 11 Iranian munitions in 14 locations across 9 African countries. Through Hezbollah and other proxies, Iran through armament and sectarian support has expanded a terror network maintained through organised crime and state sponsorship. Outside of their own militants, this places Tehran in a position to influence conflicts in the region through state-sponsored terrorism.

The game has truly changed. Iran has a long precedent of proxy warfare against the West in the Middle East, Africa, and even Latin America. The alarming escalation can turn this cold war into a  full-blown conflict. Even if these tensions de-escalate, it is highly likely that proxy warfare will continue. The terror cell network established by Soleimani is likely to act.

The Iranian military would not win a war with the U.S. through conventional means, because of this understanding, non-conventional means have been used to undermine the West globally. Africa has been vulnerable to terrorist groups and Iran has seized the opportunity to create a Iranian Terror Network in Africa. As of now, Western assets in Africa are under a critical threat from this network.