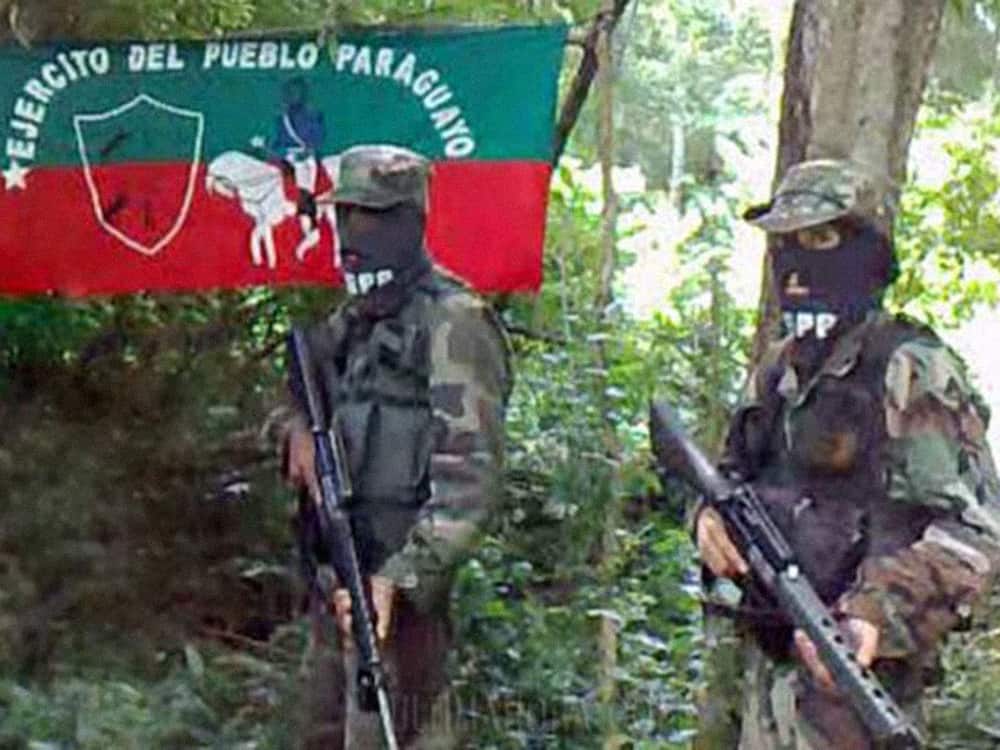 The Paraguayan People’s Army (EPP) is one of the first violent organizations to appear after the Cold War in Latin America and one of the last ideologically-based, non-state armed groups in the region. In a continent suffering from widespread drug-trafficking and cartels, this group is something of a unique phenomenon.

The emergence of the EPP has been relatively recent and, although a small group, it has been a thorn in the side to the Paraguayan government and security forces. The EPP has committed dozens of violent attacks, including bombings, arson, shooting, and kidnapping, often targeting police and military. Despite countless efforts, the deployment of thousands of troops, and once declared a state of emergency, the government cannot take control of the situation.

Beyond taking aim at government security forces, the EPP has taken issue with wealthy Paraguayan landowners and the westward expansion of rich Brazilian farmers. Known as “Braziguayos”, they are reviled by the displaced poor and small-farmer communities in the region as they buy up land on both sides of the border. Andrew Nickson at the University of Birmingham considers that the Brazilian economic, political, and cultural influence has been so evident since the end of the dictatorship that Paraguay could be considered a “client state” or even a “protectorate” in its relationship with Brazil. The EPP has fed off of the opposition to ‘neo-colonialism‘ in its efforts to encourage local support.

The revolutionary tax of the Paraguayan People’s Army

The EPP finances itself through extortion and kidnapping. By threatening estate owners with violence, the group charges a “revolutionary tax”. The EEP also relies heavily on targeted kidnapping for ransom. The most notorious case was the kidnapping and murder in 2005 of Cecilia Cubas, the daughter of former Paraguayan President Raúl Cubas. The EPP has also secured up to 750,000 USD in ransom, for example in the highly publicized case of two Mennonite farmers released in Feb 2018. Mennonites have been a frequent target of the EPP in recent years and have led many to flee to other parts of the country.

However, the EPP has sent a stark message to those that do not pay. In 2015, a German couple working the farm of Osvaldo Dominguez Dibb, a former president of a Paraguayan football club and a stakeholder in several major businesses, were killed after the EPP’s demands were not met.  The group left a note at a nearby farm that read, “nature is not ours; it is only borrowed from future generations,” along with a demand for a $300,000 payment and free beef for nearby communities. The request for food for the local communities is a frequent demand of the group to garner support.

In 2015, a prosecutor publicly stated that there was evidence of the EPP receiving training by the Revolutionary Armed Forces of Colombia (FARC), prior to the group signing the peace agreement with the Colombian government. What is more worrisome is the recent accusations of affiliations between the EPP and Brazilian drug cartels, such as the PCC and the Red Command. The ins and outs of the drug trade, particularly marijuana, may have been encouraged by the FARC since the EPP was known to be involved in the drug business until recently. In 2015, ABC Color reported that the spokesperson for Paraguay’s Joint Task Force (FTC), Alfredo Ramirez, claimed that drug trafficking groups provide ammunition to the EPP in exchange for the EPP acting as the group’s armed wing.

The JTP was created in 2013 to combat the EPP. The task force consists of personnel from the armed forces, National Police, and the National Anti-narcotics Secretariat (SENAD). The poor results of the JTP have led some to call for its disbandment. Laurie Blair, a freelance journalist who has reported on the EPP, told Insight Crime in 2017 that there has been a lack of leadership, poor coordination, corruption, and even rivalries between the security forces.

Even more ominously Blair said, “the failure of the security services to collaborate effectively in tackling the EPP bodes poorly for their ability to deal with increasingly brazen cross-border cartels”, such as the PCC or the Red Command. This may best summarize the situation. The EPP itself does not pose a threat to the national security of Paraguay. However, the lack of commitment and capacity of the government to deal with the EPP sooner now threatens for the situation to slip out of its hands as the group becomes well-financed and strengthens its transnational ties.