The Pink Panthers: The Most Successful Robbers in History 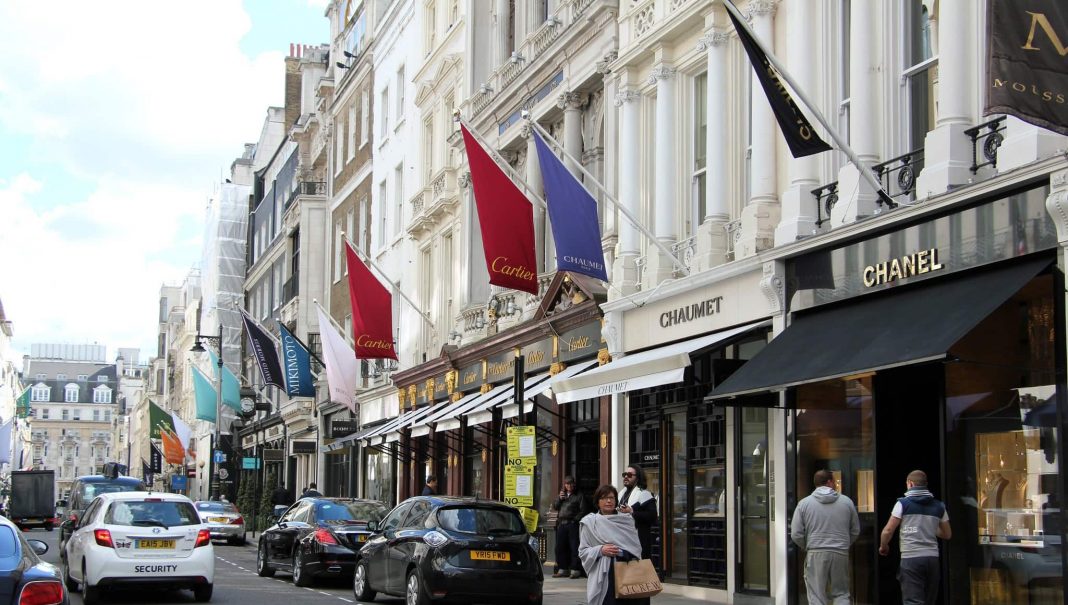 The Pink Panthers are the most notorious organisation of thieves to have existed in the modern era. They are connected to all the stories you may have read of high-stakes jewellery thefts in recent memory. In an attempt to understand how the group operates, this article examines how the group has operated in the past, from the signs of Pink Panther involvement in the operation itself to their most notorious operations.

The Pink Panthers gained notoriety in 2003. Whilst the group was believed to exist beforehand, it first achieved mainstream attention in 2003 during the heist of the London Graff. After being trailed by the police, they found jewellery hidden in a jar of skin cream. The circumstances were a carbon copy visual from the scene in the Pink Panther films of the 1960s. The name, along with the group’s mystique, was born.

The name reminds us of an inept detective; this irony is not lost. The Panthers have gone on to become the most prolific thief organisations ever to exist. Olivera Cirkovic, the self-proclaimed brain of the group, gave an interview in 2019. She claims to have lost track of the amount of money the Pink Panthers have gained through their operations. This money is mainly in the form of Gold and Diamonds which the group has procured in her 20 years of activity. Despite the likelihood of exaggeration, the Pink Panthers are believed to be responsible for at least 370 heists. Estimates have put the groups’ takings at around US$500 million. They have travelled the world to find the targets worth their time, striking in London, Dubai, and Tokyo.

The Pink Panthers were formed out of the highly corrupt Serbian state in the 1990s. This fostered their membership of highly skilled and career criminals. The group was, allegedly, founded by a Serbian national called Dragan Mikić. The core group consists of citizens from the former Yugoslavia Republic, Bosnia, Croatia, Macedonia, Montenegro, and Serbia. Numbers are rumoured to be anywhere from roughly 40 core members to around 800 overall (including affiliates). Nonetheless, Interpol believes that there are at least 60 core members with associates running in the hundreds.

The Pink Panthers on The Prowl: Operations

The Panthers have struck at many of the world’s most sought-after jewels and diamonds. Geography poses no restriction on the group’s reach, and how the organisation conducts its business is no less than extraordinary. The operation of the Panthers in London may have looked like a run-of-the-mill operation. It was, however, reminiscent of a scene out of a crime film.

Members of the Panthers entered quietly and inauspiciously, asking to see some of the merchandise on offer. However, they then pulled out a .357 Magnum, forcing the shoppers onto the floor, and proceeding to smash the cases and grabbing all valuable items that they could carry. A chase ensued, in which the security guard caught Nebjosa Denic, a member of the Panthers who had posed as the customer. Later on, the police found the gang’s hideout with the jewellery in a face cream container, much like the scene from ‘The Return of Pink Panther’. This created the name “The Pink Panthers”. The operation was tame, considering the Panther’s overall capabilities.

Merely a year later, the group were again on the prowl, targeting the Comtesse de Vendome necklace in Tokyo. A woman and two men from Serbia, accompanied by a Scottish woman, entered Japan on valid passports. However, these passports were not their own. Having entered and left the store within minutes of arriving, they had made off with a necklace valued at US$33 million.

Several years later in Dubai, the Pink Panthers rammed two Audi sedans through the Wafi shopping mall, destroying the front of a jewellery store. The security footage has been uploaded to YouTube, showing the two cars waiting outside with three men entering the store. One minute later, the group left as fast as they had arrived, all while people were observing from the balconies. Reports stated that they had stolen an estimated US$3.4 million worth of objects.

In one of the group’s most recent ventures, the members lived up to their title as master thieves. The objective was jewellery from the Treasures of the Mughals and the Maharajahs exhibition that was formed from the Qatari Royal collection, taking place at the Doge’s Palace in Venice, Italy. The Panthers struck in the middle of the day. The culprits made off with around £1.7 million of jewellery. Being able to deactivate the alarm, and mingling with the crowd, the group managed to evade the police before being captured in Serbia, with one member later confirmed as a suspected member of the Panthers.

The Panthers haven’t been able to avoid the authorities altogether, and members are caught and put in prison. However, the group’s ability to effectively raid jewellery stores has seemingly made them somewhat effective at breaking their members out of the prisons they find themselves in. A member of the panthers, Milan Poparic, found himself inside Orbe prison in Vaud, Switzerland when two individuals rammed a gate with their car and kept the guards from interfering by firing AK-47s. Poparic and a fellow prisoner, Adrian Albrecht, managed to escape with their accomplices.

The Panther King: Who is in charge?

Though much is still not known about the organisation itself, information slowly came out about the group’s command structure. Olivera Cirkovic’s interview shone a light on the workings of the Pink Panthers, and how they stand out from other organised crime groups (OCGs). The OCG isn’t made of run-of-the-mill criminals who are then whisked off to Tokyo to commit a crime. “Who goes on a job” is a long process and apparently takes years to find the right people.

According to Ron Noble, former secretary-general of INTERPOL, the group operates much differently than other established crime organisations. On each job, no one is aware of where the other stands in the Pink Panthers’ structure, and there is no command structure. If someone was on an operation with the group, the person they were standing next to could be the second in command of the whole organisation, or it could be their first job; there is no way to know.

Claws of the Panther: Modus Operandi?

The Panthers operate in a well-thought-out, structured approach to each operation, with several tell-tale signs of the group’s involvement in the post-mortem of the crime. In preparation for the robbery, there are several steps before the operators step foot in any venue. According to Cirkovic, they have to find an investor before they even start planning an operation so that the organisation can afford the investment into any enterprise they are undertaking. They need to be able to pay for around three flats, one for the members to stay, one to remain empty to diversify the money trail, and the last apartment in which where she claims to be the only one who knows the location.

The final apartment is where they would be able to store the stolen goods after the operation. They also steal cars and never rent, while even needing to purchase valid passports to travel. This covering of money trails shows that the Panthers, at least when Cirkovic is operating with them, are very aware of how the police can trace down their identity.

In terms of the operators for each undertaking, there is a very rigid structure to how they are formed. Cirkovic has stated that they don’t use any more than five people on each operation for it to be successful, and that they are all known in terms of what they bring to the table.

Not only are they experts in terms of the job they are doing, but there is also a strong relationship bond that ties the members together. Therefore, the use of outside investment should come as no surprise. The need for known talents in who is an operator on each undertaking is essential, so why put effort into covering your trail if someone inexperienced gives the game away?

Now the operation can go ahead. There are several key traits that distinguish the Pink Panthers from other organised crime groups. For Surveillance, the group uses attractive women dressed in expensive clothes and jewellery to scout areas of interest. After a successful scouting mission, the nature of each raid is very similar. Even though they may bring guns with them, they always tried to avoid the use of deadly force against the victims. The use of sudden, stunning exhibitions of violence and noise is usually enough to subdue any shoppers or onlookers.

The purpose of the Audis in the 2007 Dubai raid is an excellent example of this. Onlookers on several floors just watching on, unable to do anything. This kind of tactic is “vol au belier”, the act of ramming a heavy object into the store.

When in the store, they operate at a high pace. Using blunt objects such as hammers, they can coerce victims and break into the glass cases. From entering, it takes them between 30 seconds to 1 minute to leave the premises and make their getaway. Afterwards, they leave the country within a day if necessary.

Where does the money end?

Whereas the organisation is considered to have stolen roughly US$500 million in the span of its operating lifetime, the group is not the recipient of 100% of that money. Cirkovic states that the group may get at best 40% of any takings and that the diamonds’ buyers make the majority of the money, selling them in Antwerp where the majority of black-market deals and auctions are made.

Is Clouseau catching up?

The Panthers have seemed to slow down their blazing trail of heists in recent years due to several factors. In spite of the fact that there is a never-ending supply of jewellery to target, back in 2007 they were already falling behind the authorities, leaving behind evidence in the Audis from the 2007 Dubai raid, leading to the confirmation of multiple identities of group members.

With Interpol now being a viable threat and nations from the former Yugoslavia republic creating new extradition treaties with the rest of Europe, it is of no surprise that the Panthers are slowly retreating. Copycats may also be on the prowl. Authorities suspected a theft against two casinos in the south of France to be the work of the Panthers. With the takings at around £90,000, our analysis would lead us to believe this was an underwhelming, and therefore unlikely, target.

The Pink Panthers: Where to now?

Panthers have been the most active criminal organisation in the theft of jewellery and high-ticket items in the modern era. It is true that they have seen security catch up to them in recent years. Consequently, the regularity of known operations may have dipped. Nonetheless, keeping an eye on any new developments is still prudent. The group is capable of high-value and sophisticated attacks, striking at speed when least expected.