The Plague of Climate Change in East Africa 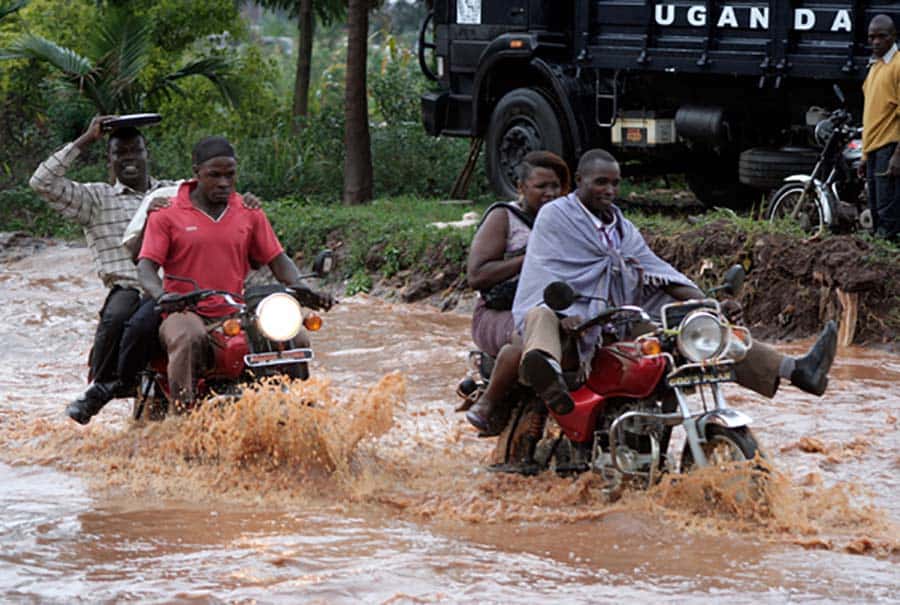 In recent months, floods and landslides sparked by climate change have killed at least 280, and impacted an estimated 2.5 to 3 million people in the East Africa region. This comes amid an already disastrous food crisis in the region caused by droughts.

The United Nations stated that they expect the change in weather patterns to impact Africa the most. John Roche, Head of International Federation of Red Cross stated that the floods show the (East Africa) regions vulnerability to climate change.

Senior Meteorologist Johnathan Erdman links the floods to the phenomenon of the IOD. The Famine Early Warning Systems Network measure between October to Mid-November, that rainfall in the region is above average by 300%.

To add insult to injury, locust swarms caused by the change in weather patterns are devastating to the region’s crops. The rainfall has led to ideal breeding conditions; with expected the next rainy season March-May. The situation needs urgent humanitarian aid, or the conditions will worsen.

Kenya, Sudan, Somalia, and Ethiopia are bearing the brunt of the conditions. In recent months at least 280 people have been killed. Even rescue efforts are problematic. Ugandan marine drowned in Kampala on a rescue mission along with five others in December. The UN Office for Coordination of Humanitarian Affairs stated that housing, infrastructure destroyed and even the risk of disease increased because of the spread of sewage and chemical waste transported by the floods. In Djibouti, two years’ worth of rainfall fell in one day alone.

In March 2019, Cyclone Idai hit Mozambique, affecting 1.5 million. Malawi and Zimbabwe have also been affected by extreme weather. The impact of climate change is disastrous for East Africa. Women suffer exponentially because of the plague of climate change. 2015 UN Department of Economical Social Affairs Report found that 2/3 of the female workforce in developing world work in agricultural labour. This higher is significantly higher in African rural areas. Floods and extreme weather exacerbate the daily life of the workers in the affected areas.

Swarms on The Horizon

An adverse change in weather patterns has brought swarms of locusts from Yemen. The largest in 25 years. The swarms are spreading from Somalia and Ethiopia into Kenya. There is a threat of spreading into neighbouring countries, Uganda and South Sudan. The humid conditions are ideal for breeding, rainfall and floods expected to continue in Kenya during January. Experts predict in January, swarms will lay eggs in the Ogaden and North Central Somalia Country, leading to new hopper bands to form.

In a single day, an average swarm can destroy crops to feed 2,500 people. This is amid a UN warning 2 million at risk in Somalia of starvation. A swarm can contain up to 150 million per square kilometre, up to 4.3 inches long, and can travel 95 miles a day. The United Nations FAO forecasts breeding will be aggressive for the next 3 months. Kenya has taken to airborne pesticide operations, limited ineffectiveness. This is because of the influx from Somalia, which as a result of the Al-Shabaab conflict, lacks the security and national capacity to tackle swarms. There are reports of Al-Shabaab shooting at the insects, while others seeking the insects as a source of nutrition during the food shortage.

The situation is dire. Climate change is severely damaging the region and steps to tackle this is not enough. This not only needs humanitarian aid but would require steps to tackle climate change globally. As this seems unlikely in the near future, while the region continues to fight and adapt to the current crisis, it is almost certain another crisis will eventually follow.