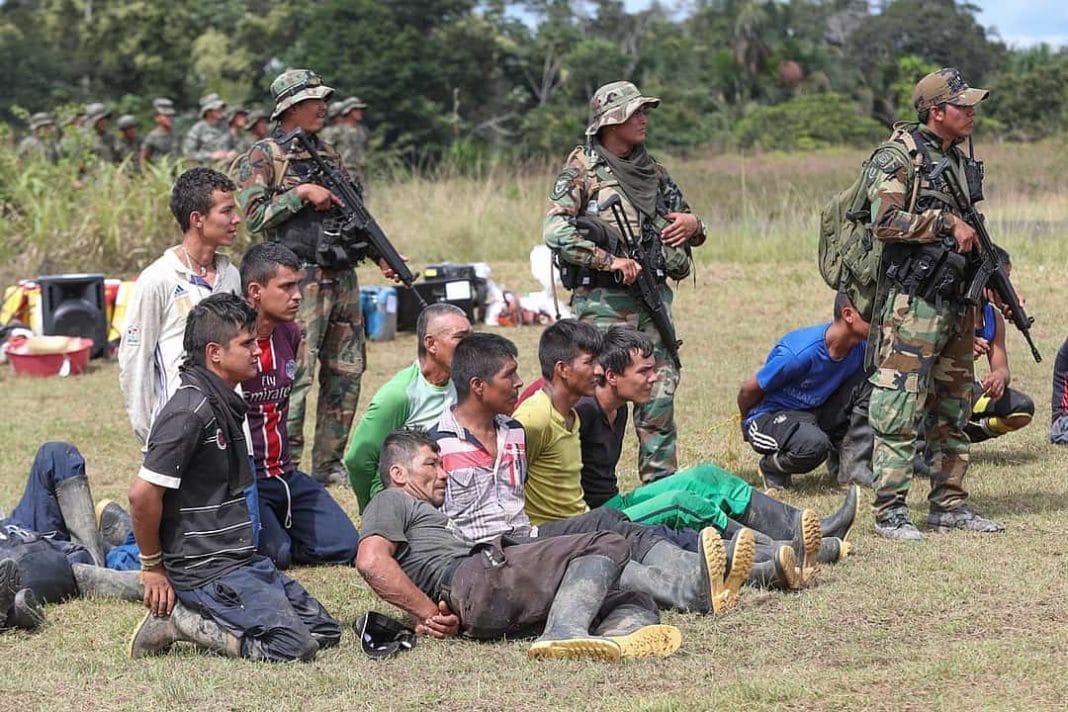 The border that separates Venezuela and Colombia is 2.219km long. The border hosts armed groups, criminal gangs and former paramilitaries that fight each other and the government. Their main goal is to control the illicit trade market. The Venezuelan and Columbian border is characterised by informal crossing, exploited by armed groups, and many coca crops.

The borderlands of Colombia are one of the areas most afflicted by violence. Between 2012 and 2019 about 5,000 people were killed.

The economic crisis in Venezuela and the different political agendas of the countries made their relationship unstable. Colombia accuses Venezuela of protecting former members of FARC. Colombia insists that the Venezuelan President, Nicolás Maduro, should be removed from power. Their main argument is that he has installed an authoritarian regime in his country.

In 2016 the FARC signed a ceasefire with the Columbian government. Nonetheless, many FARC fighters did not agree and kept fighting or joined other armed groups in the region.

These criminal cartels managed to profit from the borders’ closure, due to the COVID-19 pandemic, and enhance their illicit activities, such as drug trafficking, extortion, human trafficking, and contraband.

Criminal Groups Along the Border

Along the Venezuelan and Colombian border, there are many armed groups that exploit the natural features of the borderland. Their objective is to avoid capture and enhance their illegal activities between the two countries. The illegal trails, also called “trochas”, enabled larger armed groups such as the National Liberation Army (ELN) and the Rastrojos to seize the control of fuel and drug smuggling from Venezuela. The local communities afflicted by these armed groups often respect their role in society. They especially respect the justice they apply, since governmental law enforcement is absent in those remote areas.

The ELN is the last remaining Columbian guerrilla force. More than half of its troops operate on the border. Since 2017, the group was able to advance deep into the Venezuelan interior and recruit more soldiers. Many of the areas that ELN now controls were previously controlled by the FARC.

The Rastrojos and the Gaitanistas are Colombian crime groups that developed from paramilitary forces. Since 2017, the conflict between these groups and ELN has escalated. The groups now focus mainly on Puerto Santander, one of the areas most afflicted by the trafficking of contraband fuel.

After the 2016 peace agreement, many FARC members preferred to continue fighting. The Colombian military estimated that 2,600 people are part of these factions, and 2,000 more belong to their support networks.

Along the border are also present smaller criminal groups which mainly focus their activities on assassinations, extortion and drug trafficking.

What is Happening Now?

From the 21st of March, the Venezuelan army is attacking an armed group in La Victoria, in the Apure state. The Venezuelan K-8 combat planes bombarded part of La Victoria to hit the enemy guerrilla’s campsite. From there on authorities militarised Guasdalito Airport. Venezuela has created a special military unit, called an Integrated Operational Defense Zone (ZODI), to fight this dissident group in the Apure state.

The Venezuelan Ministry of Defense, Vladimir Padrino López, stated that “no armed group can establish itself in order to commit a crime in Venezuela”. He also declared that the Apure’s attacks are targeting an armed group who is trying to settle in Venezuelan territories to build a structure for drug trafficking, but he did not specify who the group was.

According to the Columbian media, Maduro is targeting a dissident faction of the FARC. Jesus Santrich and Iván Márquez, who are the current leaders of the FARC control this faction.

Following the Venezuelan attacks, Colombia decided to increase its presence along the border in order to be ready for a hypothetical Venezuelan intervention in its territories.

This situation of conflict has deteriorated once again the humanitarian situation, especially the one across the Venezuelan and Colombian border. Five thousand people, among which there were about 1700 children and teenagers and 136 pregnant women, escaped from Venezuela and found refuge in the Columbian city of Arauquita. Some of them also declared that they were forced to leave their homes in La Victoria and that they were robbed by men wearing black uniforms and with their faces covered. This same uniform corresponds to the one worn by the Venezuelan Fuerzas de Acciones Especiales (FAES), the special forces who fight with the Venezuelan army. Another refugee stated that he couldn’t stay because the Venezuelan soldiers were killing people. They killed some of his neighbours and then dressed them in Venezuelan army uniforms to pass them off as guerrillas.

The US confirmed that Venezuela is representing a threat to American national security and its foreign policy. In 2020, the US charged President Maduro and 14 members of his delegation with money laundering, corruption, and drug trafficking. The American government also accused the Venezuelan President of giving refuge to dissident factions of the FARC.