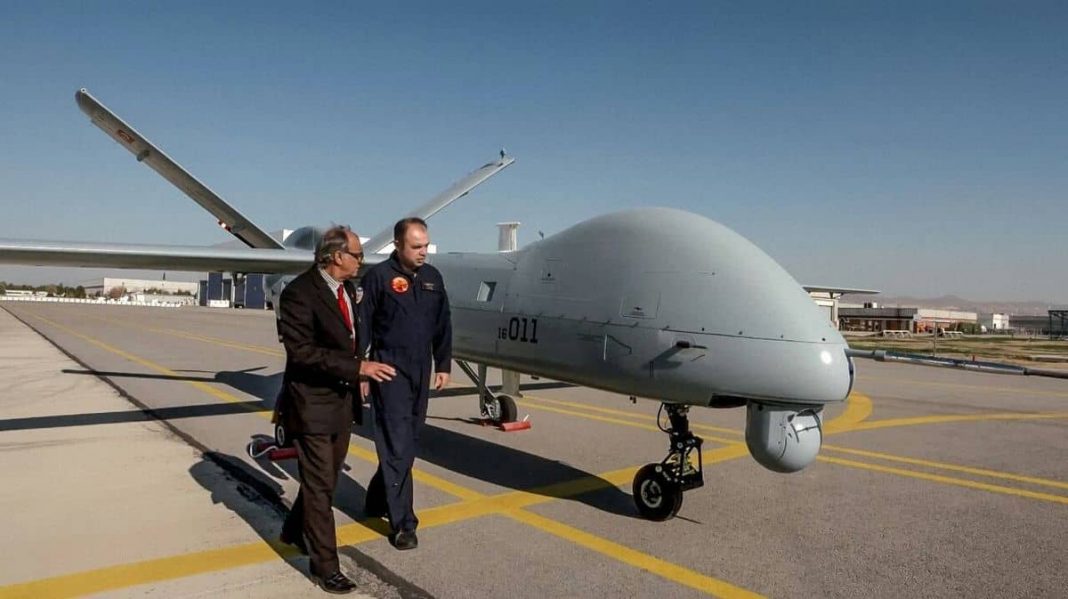 While Somalia has agreed to de-escalate tensions with Kenya, President Mohamed Farmaajo, with the assistance of Turkey, will likely fortify FSG assets in the Gedo region with Turkish drones. This is likely to be in the pursuit of a position of strength in the region during elections, neutralising Jubbaland forces while consolidating power.

KJ-1. Turkish drones are being deployed in Gedo, Somalia. The region has reached a critical stage in tensions between the Turkish-backed Federal Government of Somalia (FSG), and the Kenyan-backed Jubbaland state’s Kismayo officials.

KJ-2. Turkish trained GorGor special forces and special police unit Harama’ad mobilised in the Kenya-Somalia border region of Gedo. These developments come amid a delayed presidential election in Somalia, simultaneous with a deterioration of Kenya-Somalia relations.

This is not the first instance of Turkey’s drones reaching proxy battlefields. Turkish President Recep Tayyip Erdoğan’s ANKA-S and Bayraktar TB-2 drones are becoming common sights over battlefields in Syria, Iraq, Libya. Turkish drones were most recently observed in Nagorno-Karabakh, which many would argue tipped the balance significantly in favour of Azerbaijan decisively. The drones dispatched to Somalia providing surveillance will likely meet the necessary intelligence requirements for the SNA to dominate the battlefield.

Due to the sensitive nature of the tensions, it is not yet clear whether Turkey’s Bayraktar TB2 killer drone, equipped with anti-tank missiles will be used. Turkey has become one of the primary users of killer drones in the world, which are both effective and affordable. Ukraine and the Tunisian Ministry of Defence have also signed deals for the purchase and development of Turkish drones. Ironically, Turkey is exporting its first vehicle-mounted anti-drone system to Russia. A system high in demand, partly due to the success of Turkish drones observed in recent conflicts.

1,000 G3 assault rifles and 150,000 bullets are set to reach the Harama’ad unit, courtesy of Turkish military aid. Critics and Somali opposition voice the concerns that the high concentration of SNA and Turkish-trained forces increase the threat of election meddling and symbolise an undemocratic process in Somalia’s Jubbaland. Despite criticism, it is unlikely a scenario where Turkey backs down from supporting the FSG will materialise.

Turkish-Somali relations are significant, economically, socially, culturally, religiously, militarily, and politically. Somalia is home to numerous Turkish infrastructure projects, as well as a Turkish military base and university Camp TURKSOM, which trains a large section of the SNA. With the discovery of a new oil frontier in Somalian waters, Turkey is seeking to reap the rewards of a decade of investment. This alliance depends on a consolidation of power from the FSG in upcoming elections, so Turkey will highly likely support Farmaajo’s ambitions as required.

The use of live bullets by the Harama’ad unit on protestors in Mogadishu on December 15th, 2020, maybe a precursor of what is to come. While the SNA forces decrease the capabilities of Jubbaland forces in the Gedo, Al-Shabaab remains highly active and benefits from the instability erupting in the border region. A scenario where KDF forces seeking to protect the Jubbaland democratic process in 2021 has a realistic possibility of clashes with the Turkish-trained forces that have been ‘pacifying’ the region since February, despite the outcry.

Based on these developments, Jubbaland refuses to participate in the upcoming elections. In the Hirshabelle, Southwest, and Galmadug states, the Harama’ad have already been accused of meddling in regional elections. With Turkish-trained forces on the ground, covered by Turkish drones circling Somali skies, the future of democracy and stability in Somalia is reaching a crucial chapter in 2021.