Venezuela: Another Syria in the making? 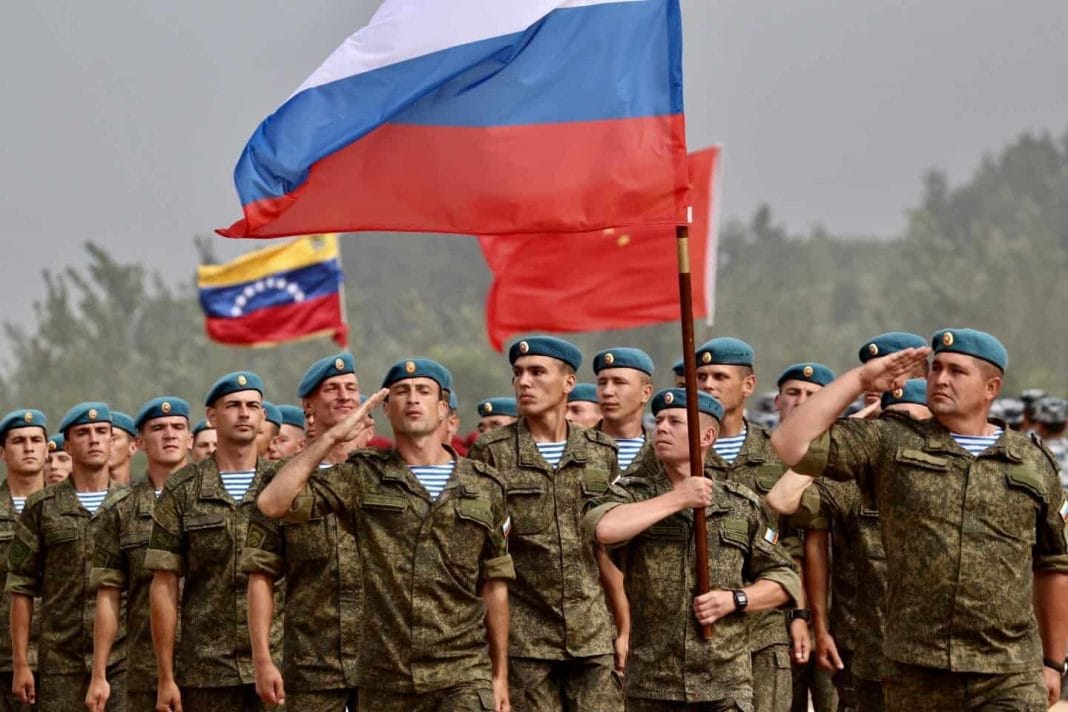 Venezuela will not become “another Syria” for Moscow, Russian Foreign Minister Sergey Lavrov told a Russian state newspaper. This comes after several tense weeks between the US and Russia as both countries exert their muscle for geopolitical control over the country. The U.S., along with dozens of other countries, back Venezuelan opposition leader Juan Guaidó, the former leader of the National Assembly. Guaidó declared himself the country’s interim president and was recently recognized by the Organization of American States (OAS) in an unprecedented decision.

However, Moscow asserts Nicolás Maduro is still the country’s legitimate leader and is supported by China, Iran, and Turkey, among others on the matter. Moscow and Beijing have warned Washington against intervention. Venezuela has been Russia’s leading partner in Latin America since the early 2000s. Tatyana Rusakova, a Latin America analyst at the Moscow-based Center for Crisis Society Studies, told CBS News that those ties have been large “a one-way street, and are based on a political agenda.”

Ripe for a proxy conflict

Tensions between the U.S and Russia are on the rise after two Russian military planes carrying around 100 personnel arrived in Caracas in late March. Makienko told CBS News “the group of Russian military personnel that arrived are consulting Venezuelan troops on (military action) in case the U.S. or anyone else carries out a military intervention.” However, Russia claimed they were sent for maintenance work on military equipment shipped to Venezuela years ago. Also, Buzzfeed News reported that Malta refused a Russian request to use its airspace to fly military aircraft from Syria to Venezuela between Apr 16 – 19. Apparently, the flight request came from the Russian Embassy in Malta for humanitarian purposes.

During a press conference on Apr 8, Venezuelan Foreign Minister Jorge Arreaza said his country “will continue military-technical cooperation with Russia”. A delegation of Iranian officials also arrived in Caracas on the same day. Arreaza had just returned from a tour of the Middle East, including to Syria and Lebanon, trying to secure support for Maduro.

After the arrival of the 100 personnel to Caracas in March 2019, U.S. President Trump told Russia “to get out,” of Venezuela. Russia’s Foreign Ministry responded boldly by maintaining U.S. should get out of Syria first. On a phone call, U.S. Secretary of State Mike Pompeo, told his Russian counterpart that the United States will “not stand idly by as Russia exacerbates tensions in Venezuela.” Secretary of State Michael Pompeo blamed China and Russia for spreading “disorder” in Latin America by funding failing development projects and supporting leaders such as Venezuelan President Nicolas Maduro. Pompeo, spoke from Chile at the start of a 3-day tour through the region to drum up support for the U.S.’s Venezuela policy.

The announcement by Pompeo was just hours after the U.S. announced sanctions on four companies that transported oil from Venezuela to Cuba. The State Department said the sanctions “seek to hinder the regime’s further theft and the predatory influence of Cuba, which takes Venezuela’s oil and pays the regime with security and intelligence forces to keep Nicolas Maduro in power.”

In February, both the United States and Russia introduced failing resolutions on Venezuela at the Security Council. The American proposal called for free and fair elections, while the Russian plan backed the Maduro government. On Apr 10, U.S. Vice President Mike Pence on Wednesday advocated for the United Nations to revoke the credentials of Venezuela’s ambassador, Pence called for the formal recognition of Guaidó as the rightful leader of Venezuela, which he called “a failed state — and as history teaches, failed states know no boundaries.”

Deterrence options are on the table

National Security Adviser John Bolton has told the Pentagon to develop new military options for Venezuela aimed at deterring Russian, Cuban and Chinese influence. It is still vague what these options would look like and whether the administration and its military brass have the appetite for a military invasion. It is also unclear what Russia hopes to gain from its posturing in this face-off in the U.S.’s ‘back-yard. “Harsh confrontation with Washington over Venezuela, according to the Kremlin’s logic, boosts Russia’s significance in the eyes of the U.S.,” foreign affairs analyst Vladimir Frolov told CBS News. “It’s political theater, and theater needs proper decorations,” he added. Even hawkish Brazilian President Jair Bolsonaro in a recent radio interview conceded that military action against Venezuela would likely lead to a protracted guerrilla war. This scenario is likely with a U.S. – Venezuela showdown alone, but what if Russia was pulled into the mix, another Syria perhaps?