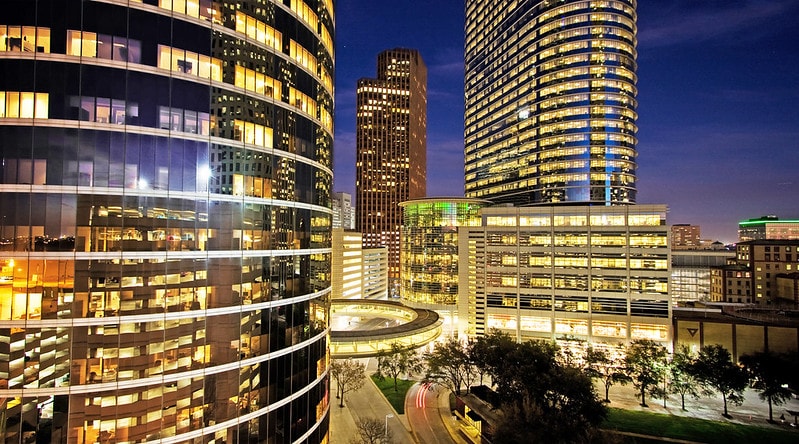 White-collar crime is the legal umbrella term for a variety of sub-categories that describe types of crime that are generally non-violent and involve status, power, deception, and financial gain.

This article will cover the various definitions of white-collar crime, followed by a survey of its various forms.

White-collar crime is a term first used in 1939 by the American sociologist and criminologist Edwin Sutherland. In his work, Sutherland equates it to “a crime committed by a person of respectability and high social status in the course of his occupation.” [source]

Sutherland’s definition is an offender-based approach, where the criminal is central to the crime. However, there is an alternative offense-based approach that shifts focus to the crime itself. This approach gained traction in the criminology field in part because of scholar Herbert Edelhertz.

Edelhertz is a Department of Justice official who proposed an offense-based definition in 1970. According to Edelhertz, white-collar crime is “an illegal act or series of illegal acts committed by non-physical means and by concealment or guile to obtain money or property, to avoid the payment or loss of money or property, or to obtain business or personal advantage.” [source] Moreover, Edelhertz narrowed down white-collar crime into four basic types:

Sutherland and Edelhertz have two views within a vast sea of criminology and legal theory. As is common in many fields, there is a continuous academic debate about the nuances of definitions and theories. Although stepping into the weeds of criminology and its scholarship has its place, it is beyond the scope of this article.

This list of examples is far from all-encompassing, yet shows some of the most investigated types of white-collar crime.

Also, it is worth noting a core aspect of these examples, as well as white-collar crime in general: it is usually non-violent. Also, it usually contains a motive of financial or informational gain. Beyond that, it is complex and difficult to investigate.

Finally, there is the global aspect of white collar crime and law enforcement. This article has a US/European Union focus, mostly because the nations in those unions prosecute and fight white-collar crime.

However, in underdeveloped and fractured nations and governments, that is far from the case. Consequently, there are scores of global regions where white-collar crime is virtually unstopped. Therefore, these regions are attractive to potential white-collar criminals.

To follow will be a basic overview of the primary types of white-collar crime.

Corporate fraud is one of the more commonly known types of white-collar crime. The Corporate Finance Institute defines corporate fraud as illegal or unethical actions that are deceptive and committed by either a company or an individual employee of a company. [source]

Furthermore, if committed by an individual employee, the status or position is not always relevant. Of course, corporate fraud carried out by a CEO or CFO will probably have the largest potential for a negative outcome, including the loss of noteworthy sums of money and assets. By and large, any employee with access to the company can commit corporate fraud.

Examples of corporate fraud include:

The Enron scandal is a widely used case study in large scale corporate fraud. Until 2001, Enron was one of the fastest growing and most innovative energy companies in the United States. Also, it was quickly tapping into other industries, such as telecommunications and the dot-com boom of the late 1990s.

Increased competition in the energy sector ended up slowing the momentum Enron was gaining. To remain relevant (along with other more psychological motives, such as greed and the thirst for power) Enron’s leadership carried out many illegal schemes. This included mark-to-market accounting, using special purpose entities (SPEs) to hide fiscal liabilities and undesirable assets from investors, and other illicit and unethical accounting practices. [source]

Eventually, through internal whistleblowers and other means, Enron’s secrets came to the public. In 2001, the scandal gained mainstream media coverage. Congressional hearings and a myriad of lawsuits resulted in damning revelations about the company’s leadership and their role in the crimes. By the time of its dissolution in 2007, Enron went through one of the largest bankruptcy cases in American history. The company paid over $21.7 billion dollars to creditors between 2004 and 2011, with the most prominent offenders from the staff earning prison sentences of varying lengths. [source]

To this day, Enron is one of the largest corporate fraud cases in modern history.

Money laundering is a financial scheme to take illegally earned money and filter it back into the mainstream economy without an association to its origin. Or, in the words of the FBI, “turning ‘dirty’ money ‘clean’ by making it look like money from crimes actually came from legitimate sources.” [source]

For criminals with significant cash-flows, such as drug distribution or illegal arms dealings, money laundering is a way to avoid wealth tax and is an attempt to prevent outsiders from tracing illicit money streams back to the source.

Money laundering can also share overlap with other white-collar crimes, such as insider trading, embezzlement, and corporate fraud.

In any case, the bad actor is trying to legitimize earnings. They typically do this in three stages:

First, there is the placement stage. This is the beginning of the money laundering process. Moreover, it is the point where the illicit funds enter the financial system. Launderers can do this in a variety of ways, including breaking the total sum down into smaller parts and depositing it into multiple bank accounts, sometimes as money orders or similar financial products. [source]

Second, is the layering stage. This is when a launderer creates a series of layers between the origin and the illicit funds. To generate this space, launderers can use a variety of methods, such as using the money to purchase investment products, or moving the funds to an offshore bank account or shell company. [source]

Finally, there is the integration stage. Launderers have placed the illicit funds into the financial system, layered them, and are now ready to re-invest the funds into the economy in legitimate ways. This action includes buying assets, real estate, and investing in businesses or other types of wealth generating funds. [source]

According to the FBI, security and commodities fraud is a type of white-collar crime that deceives investors and manipulates financial markets. There are a wide range of examples with this category, the most notable being [source]:

In a similar vein to most types of white-collar crime, security and commodities fraud is very complex and difficult to investigate.

Nevertheless, these schemes take money from victims and promise high returns. In reality, those funds are used to pay earlier victims. This cycle repeats, providing an illusion of a company that earns a profit. In the end, the fraud practitioner at the top of the pyramid is the one who is profiting off every level below.

Bernie Madoff is a disgraced American financier convicted of running a multi-billion-dollar Ponzi scheme over a 17-year period. His scheme is a case study for security and commodities fraud, along with its practical consequences.

In essence, Madoff was a highly successful financier who used his status to gain investors in what appeared to be legitimate funds. Like a pyramid scheme, Madoff would take a new investor’s money and use it to pay what appeared to be real returns to the initial investors. He used fake documentation and accounts to add extra layers of credibility to the scheme. However, the money was going straight to him. [source]

Largely because of the 2008 financial crisis, Madoff struggled to pay investors who were trying to cash out at an increasing rate due to market instability. In the end, his actions resulted in the loss of money to the tune of tens of billions of dollars. [source]

Although Madoff eventually landed in prison, where he later passed away, the damage his scheme did to investors resulted in many ruined lives and careers.

Fraud for profit is trying to steal cash or equity from lenders or homeowners. Contrarily, fraud for housing is when a criminal intentionally lies on mortgage paperwork or related lending documents to manipulate a property value or influence an appraiser. Furthermore, according to the firm CLA, there are a few common schemes within the fraud for profit category [source]:

The FBI defines intellectual property theft and piracy as stealing ideas, inventions, and creative expressions, including trade secrets, movies, music, and software. Moreover, the victims could be individuals or companies. [source]

Also, this type of white-collar crime shares significant overlap with economic espionage and academic espionage. Because of this, there can be dire consequences for national security. Not only that, but the US alone loses millions of dollars to intellectual property theft annually, and there can be negative impacts on a victim nation’s economy.

If there is one thing to stress about white-collar crimes, it is that they may not be violent but are far from victimless crimes. What this means is that although white-collar crime is often bloodless (at least directly), there is a long trail of destruction left behind the schemes and actions that fall under its umbrella.

However, you don’t have to be within one of those roles to find a use for such knowledge. In the end, small institutions and private citizens can find just as much use knowing the signs and symptoms of a white-collar crime scheme.