Why is Russia Building Military Bases in Sudan? 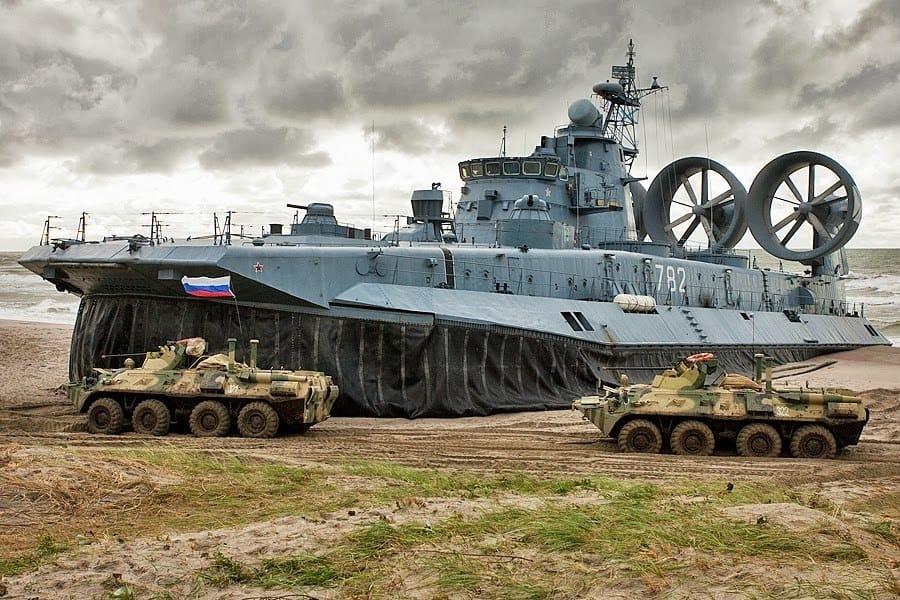 The German newspaper Bild has brought to light that Russia is building military bases in Sudan. This would be a significant increase from the military footprint that it already possess within the state. There were reports and video evidence in previous years of Sudanese armed troops being trained by instructors, while not on camera, with Russian accents and speaking the Russian language.

KJ-1. Russia is seeking to take what it has learnt in Syria and extend its influence within Sudan and the East Africa region using military bases.

KJ-2. Russia is almost certainly planning to take advantage of a power vacuum in East Africa and create its own geopolitical sphere of influence.

KJ-3. Russias military will almost certainly benefit from a Red Sea naval base in Sudan.

As Grey Dynamics reported on last year, mercenaries from the Private Military Company Wagner have been operating in Sudan since at least 2017. There is a high likelihood that they were involved in several shootings against Sudanese civilians. One example is the death of five protestors in March of 2018 over Gold mining rights. There were Russian mercenaries present along with Sudanese police, who opened fire on the group.

There are similarities in how Russia conducts its power projection with Sudan bases and North Africa through its current actions in Libya. Wagner is also present in Libya, with between 1,400 to 2,000 Russian mercenaries on the ground. To support Wagner, Russia has sent over MiG-29s and Su-24s to Libya. United States Africa Command (AFRICOM) released images in May 2020 to confirm the presence of the aircraft.

The important note on this release is that it confirms that any Russian identifiers on the planes have been scrubbed off. The use of mercenaries for plausible deniability is within the Russian strategy for expanding its influence in the region and gives a formula for Russian policy in the area.

With Russia looking to expand its influence and geopolitical reach by building the new bases in Sudan and wider Africa. It will be in direct competition with the United States. While the commander of the AFRICOM, Stephen Townsend, has stated that they have a “light and relatively low-cost footprint” in Africa, in reality, this amounts to 29 bases across the continent.

This comes from previous secret maps showing the bases AFRICOM operate across Africa. Compromising of “Enduring” and “Non-Enduring” bases, or long-term and temporary. The majority of AFRICOM bases are in the West of Africa, with the North/East region and the horn of Africa having a majority of ‘non-enduring’ bases.

These locations give Russia a more natural path to consolidate its influence in Sudan. With Sudan still being on the State Sponsors of Terrorism list by America, Russias path to hold a Red Sea port and develop military and political presence in Sudan is highly likely to be unimpeded by the American presence in the region.

Sudan relies on gold as its primary export. gold accounts for 70% of all exports. This is particularly important in the current economic situation where the economy has fallen 74.5% in 4 years. A recent Grey Dynamics report on the expansion of Russian mining in East Africa shows that there is a high likelihood that the current economic and political instability will make it easy for investors to exploit the current situation.

Russian companies were awarded gold mining licenses in recent years. The protest violence that involved Russian guards discussed in section 1-1 was surrounding the Russian company Miro Gold. The protests were due to opposition about opening up the mining sector to foreign investment. Given the corrupt nature of Sudanese politics, ranking near the bottom of the Transparency organisations corruption index at 178th of 198 countries, Russia is likely interested in furthering its expansion into the economy of Sudan due to these business conditions.

Russia has also gained influence in the region through there arms exports. They account 37.6% of Africa’s arms market, with Sudan being in the top four importers of Russian armament. The others being Algeria, Egypt and Angola. Sudan was the first Arab country to acquire the fourth-generation Su-35 fighter jets from Russia in 2017.

Russia built up a network of bases in Syria since beginning its intervention in 2015. It took advantage of the American withdrawal in the region by moving into former United States bases in Northern Syria, such as Kobani airfield. The withdrawl of United States armed forces has created a power vacuum, the Kurdish commanders in an interview have stated that they felt that they were left with no choice but to turn to the Russians for support.

The Naval base in Syria also resembles the situation occurring in Sudan. The Tartus naval base, while neglected before the conflict, was turned into a key base for the projection of Russian power. With the base set to be expanded to hold 11 warships, including those with nuclear power. It will represent the first time since World War Two that a naval base of similar size controlled by a force that isn’t the United States or an ally. Russia will be able to patrol the skies and seas of the Eastern Mediterranean for the first time without having to rely on a home port.

Russias military intervention played a dual role. While fighting the Islamic State in the region and trying to rid them from the region, there were multiple other reasons for Russian intervention in Syria. After annexing the Crimea, Russia was in a weak state after the European Union imposed several sanctions. The idea was to use Syria as a tool to build relations back up with the West. Despite proposing a joint Counter-Terror operation akin to the World War Two alliance between Russia and the Allies, Russia was not able to use Syria as a base to build back relations.

Russia also needed to keep Bashar al-Assad in power. Syria was one of Russias last allies in the Middle East region, and to maintain a political presence in the area Russian forces needed were sent to support the President. Without this, not only would a Russian sphere of influence have been lost in the Middle East, but the Tartus base would almost certainly have been lost.

Although Syria was never a significant exporter of oil and energy, it is seen as a state with value as a transport hub, as Sudan has in the past with illegal narcotics. The Kirkuk-Baniyas pipeline, which connects Syria to Gazprom, the Russian partial state energy company, and its oil fields in Iraq, is a potential high benefit for Russia. Although still needing to be re-opened, the pipeline ends only 35 km north of the potentially expanding Tartus naval base. In 2019 Iran offered to Iraq the possibility of this pipeline being re-opened, which would be crucial to Russia.

Syria has already handed government contracts to two Russian firms for the exploration of oil and gas. Syrians Oil minister openly said that the strategy was to give contracts to companies from countries that were “friendly states that stood by Syria, with Russia and Iran at the forefront”.

There are simmering tensions in the Eastern Mediterranean for potential gas and oil in the sea. With Russias positioning, there is a likely possibility that they see this as a possible opportunity to lay claim should any energy sources be found in Syrian territorial waters.

Russias operations within Syria bear a striking similarity to the highly likely result of setting up bases in East Africa and Sudan. Through the use of mercenaries and limited military on the ground, similar oil pipeline oppurtunities and the allure of influence in a new region.

With the imbalance of permanent bases of AFRICOM, we will likely see a power vacuum occur in Sudan. With the seeming lack of interest so far in the area, there is a highly likely chance that Russia will take the opportunity to become the dominant power in the region.

Russia will also highly likely see itself as the mediator between Sudan and its neighbours. With tense relations between Sudan, Eritrea and Egypt, Russia may see an opportunity to bring the neighbours together. This would almost certainly increase Russias stature within the region and tighten the sphere of influence in East Africa.

Russia would almost certainly gain a boost to its economic prospect following the building of bases in Sudan. Given pre-existing contracts in place for oil and gas exploration and the potential for an oil refinery in Sudan, the Russian economy stands to boost itself significantly. Following the collapse of oil prices due to the COVID-19 pandemic, Russian presence in Sudan and access to more energy resources will likely lead to a safety net for the energy sector. With deeper ties and integration between Sudan and Russia, it is almost certain that there will be an increase in Russian businesses operating in Sudan than already their.

The Russian port at Tartus bears a striking strategic similarity to the possibility of a Red Sea Port base in Sudan. Russia will almost certainly be able to project more military power in the area. Agreements with Sudan and the other nations in the deal will allow the Russians to intervene in the shipping lanes across the Red Sea. This will almost certainly lead to Russia being able to project power on any shipping, military or otherwise, travelling to and from the Gulf of Aden or the Indian ocean.

Russian bases being built in Sudan would provide Russia with the opportunity of creating a sphere of influence within Africa. The building of the Red Sea naval base will almost certainly offer Russia its most important area of control. Being able to control both shipping lanes and the flow of oil and energy in the area will bring a considerable military and economic impact to the region and Russia itself. The establishment of a political sphere of influence with Sudan as a significant base in East Africa will likely lead to the cooling of relations between itself and the United States and NATO et al.