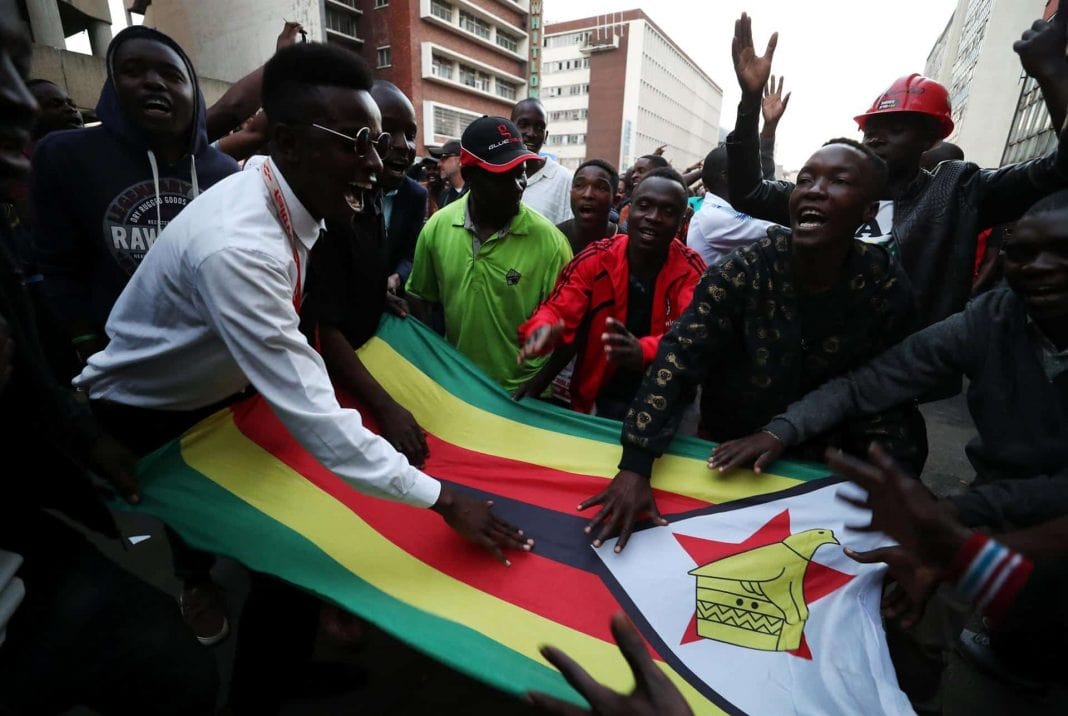 In January, the people of Zimbabwe faced their worst government crackdown since the ousting of strongman Robert Mugabe. His replacement, Emmerson Mnangagwa, inherited a country in economic ruin and he has been unable to salvage a recovery. This is despite declaring Zimbabwe open for business. Frustration has built for months as the country again suffers from spiraling inflation, chronic shortages of foreign exchange, fuel, and medicine. After being installed by the military after the removal of Mugabe in Nov 2017, Mnangagwa had brought an end to political upheaval and eased restrictions on the media. However, the latest response to civil unrest reveals that nothing has really changed and may even be getting much worse.

The fuel price rise of about 250% announced in January is the latest setback to millions of citizens who are increasingly unable to buy basics such as fuel, food, and medicines. The fuel prices in Zimbabwe are now the highest in the world. Inflation is now at 40% – its highest rate since hyperinflation forced Zimbabwe to abandon its own currency 10 years ago. President Mnangagwa said the price hike was aimed at tackling shortages caused by an increase in fuel use and “rampant” illegal trading.

He flew to Russia soon after making the price hike announcement in a televised address to the nation. In response, protesters burned a police station, barricaded roads with large rocks, and looted shops in Harare, Kadoma, and Bulawayo. The disorder followed a call for a three-day national strike by unions. Government security forces answered with live ammunition, rubber bullets, and teargas, which they fired at the protesters and into people’s homes.

Zimbabwe’s national security minister, Owen Ncube, said that a number of people had died during the protests, and blamed the violence on NGOs and activists who support the opposition. Mnangagwa was travelling in Asia and Europe during the protests, leaving the hardline vice-president, Constantino Chiwenga, in charge. Chiwenga was blamed for the shooting of six civilians during opposition protests after Zimbabwe’s election on 30th July last year. Zimbabwe’s security forces placed the blame on “rogue elements” who had stolen army uniforms. On January 21 Mnangagwa responded on Twitter, saying the “violence or misconduct by our security forces is unacceptable and a betrayal of the new Zimbabwe”. “Misconduct will be investigated. If required, heads will roll,” Mnangagwa stated He also called for a “national dialogue” over the protests.

Although some of the protestors were leading trade unionists and organisers in the main opposition party, the Movement for Democratic Change (MDC), many were ordinary people. “The beatings, the torture, the abductions happened under Mugabe,” says Norman Matara, a board member of the doctors’ human rights association. However, according to him, “the thing that is new is the gunshot wounds”. Early on January 15, during the second day of protests, internet service providers shut down access to social media and the internet. Doctors from the Zimbabwe Association of Doctors for Human Rights claims shutting down the internet disrupted their efforts to coordinate medical assistance for victims of police shootings.

Uncertainty in times of upheaval

United Nations rights officials denounced January’s crackdown as excessive force based on its Basic Principles on the Use of Force and Firearms by Law Enforcement Officials. In particular that law enforcement officials should not use firearms against people except in self-defence or protect others against the imminent threat of death or serious injury. However, there seems to be an ominous trend remerging by the actions taken by security forces in Zimbabwe and no repercussions for these actions. The economic situation is only expected to worsen and there is little evidence of the promised economic revival or increased political freedoms. There are rumors of Mnangagwa’s removal by the military. It was the military that put him into power after Mugabe’s removal, fearing Mugabe’s wife would succeed him. This could potentially pose an even greater risk for the people given the hardliners that await in the shadows.