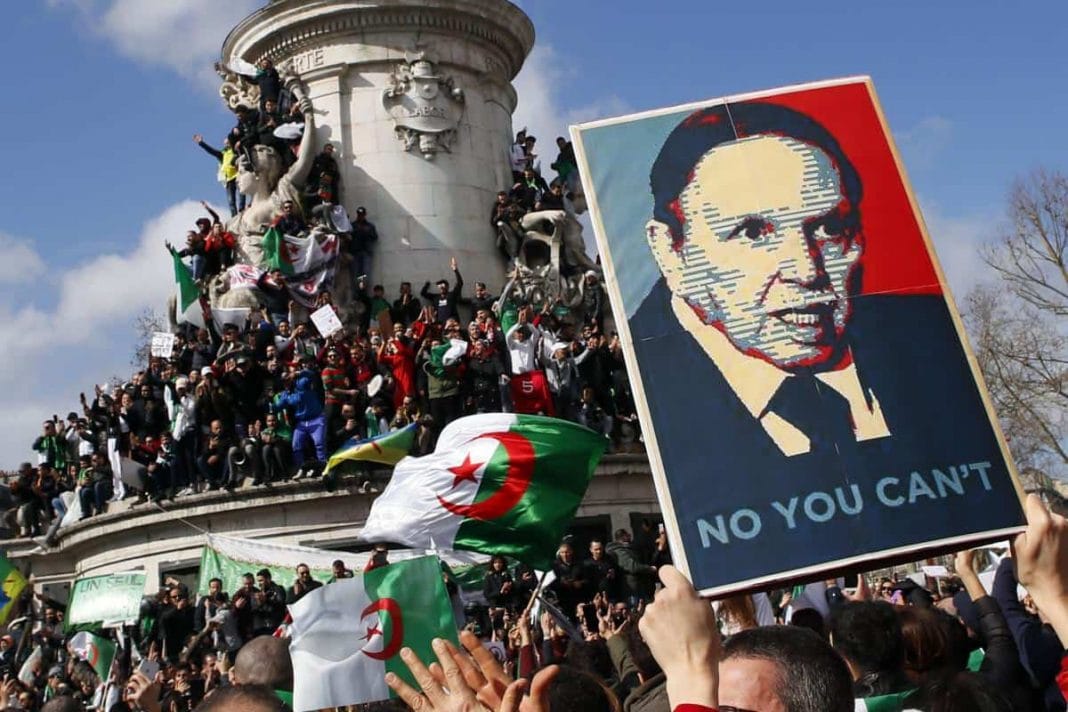 Algeria’s economy emerged from the ‘black decade’ of civil war in the 1990s. The model relies heavily on hydrocarbons, as it did prior to the black decade, with 97% of total exports, two-thirds of state revenue, and one-third of GDP stemming from hydrocarbons in 2014. Prior to the civil war, the country’s dismal economic situation was a growing concern as the queues for overpriced and scarce food supplies grew as well as the unemployment rates. President Chadli Benjedid announced economic reforms to liberalize Algeria’s socialist economy, split up major state corporations, and turned investment away from heavy industry and towards agriculture. Then, the oil price plunged in October 1985, and the economic situation worsened. Revenues from oil and gas were reduced by 40%, resulting in major cutbacks, full stop in development projects, spiking unemployment, and forced the government to borrow externally to cover budget deficits. The social and political knock-on effects resulted in the ‘black October’ riots in 1988. The riots were quelled by force, which was one factor for the outbreak of the civil war.

Following a decade of violence, Bouteflika conceded the presidency in 1999 and set out to focus on the economy. He exploited the global war on terror by establishing trade and security partnerships and alliances with the US and the West, which changed Algeria’s image and helped restore economy. In the following decade, Algeria continued a stable and growing economic journey with a continued dependency on oil. The Arab Spring was the first uprising that proved a threat to the regime. Instead of using force, the government announced opulent subsidiaries, free housing program, infrastructure investments, and transited to a handout policy to secure Algerians economically to re-establish social order. The public spending paid off. Concerning reports of corruption and inefficient spending was silenced. Such public spending to acquire peace was enabled by high oil prices.

The oil price plunged again in 2014. At the time, Algeria was in a comfortable situation with $178 billion in foreign reserves and $37 billion in its sovereign wealth fund which was funded by surplus hydrocarbon revenues. Today, $97 billion in foreign reserves remains whilst the sovereign fund has been emptied in order to cover annual budget deficits. However, measures have been taken as well to attempt to counter the situation. The 2016 budget saw a 9% reduction in state spending, followed by a 14% reduction in 2017. State spending was further cut in 2018 and accompanied by quantitative easing – increasing cash flow from the central bank by issuing government bonds.

Quantitative easing might see a short-term improvement, yet it is a questionable method for achieving long-term stability. Economic experts believe that it will exacerbate the current trend of inflation and higher living costs and discourage foreign investment. Others have summarised quantitative easing to be a measure to simply stack up liquidity at the risk of inflation to buy time. Indicating that the measures taken at this point are reactive measures taken to an assumed short-term problem, rather than measures taken as part of a long-term plan.

Evidently, the Algerian rule remains confident that oil prices will rise again and bring prosperity with it. Meanwhile, streets in Algiers are filled with demonstrators protesting against Bouteflika’s continuous rule. State revenues diminished from $74billion in 2007 to $24 billion in 2017 while the import cost of fuel and food increased. A youth bulge with 70% of the population under thirty and a youth unemployment rate at 30%. Algeria will have to diversify the economy to create sustainable economic growth, stimulate job creation, and to reduce import costs. Without economic reforms, regardless of how the current uprising plays out, there will be socio-political problems threatening Algeria’s stability in the long term.