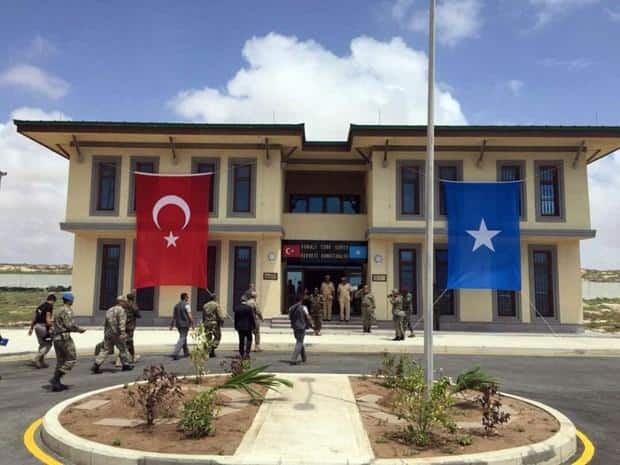 The “Africa Action Plan”, initiated Turkey’s intention to revive Turkey’s relations with Africa in 1998. A combination of the Istanbul Earthquake 1999, the economic crisis in 2000-2001, and failure to implement operational rather than theoretical and symbolic steps hindered any substantial progress.

The Justice Development Party (AKP), which came to power in 2002, brought this intent closer to reality:

At face value, these developments seem a success.

History has taught us that things are not always what they seem. Former Prime Minister Ahmet Davutoğlu, in his 2001 book Strategic Depth, sets out a policy of re engagement with former Ottoman territories, referred to as Neo-Ottomanism. Do we view these policies comparative to Russia’s reengagement with former USSR countries? Which through soft power has been a tool for extended Russia’s foreign policy and influence, with the country being second in priority (Ukraine). As we explore Turkey’s influence in East Africa, we may understand the nature of the relationship, and who it benefits.

The relationship with Somalia is not only Turkey’s most significant in East Africa, but on the continent. With a lack of commitment from the international community, Turkey filled a role that other countries chose not to. President Recep Tayyip Erdogan in 2011, became the first non-African leader to visit Somalia in almost two decades. In 2011, Somalia was severely affected by famine in the south.

Since then, Turkey has sent almost $1 billion in aid to Somalia, the role changed however, unlike Western aid which financially was more significant, by focusing on major infrastructure and security, Somalia began to benefit from what Erdogan states as a ‘brotherhood’. A Turkish scholarship programme provided vocational studies for thousands of Somali students in Turkish universities, while educating the same students on Turkish language and culture. Students returning to Somalia now had a deeper connection to Turkey.

The Turkish Cooperation and Coordination Agency (TIKA), through government directions has implemented improvements to education, health, transport, mosques, and business. Bilateral trade between the two countries reached $187 million in 2018. It is important to note that $7 million is from Somalia to Turkey, with Turkey making the $180 million worth of exports. In 2013, Al-Shabaab carried out an attack on the Turkish embassy in Mogadishu. The attack hints at the frustration of Al-Shabaab as Turkish relations improve the capabilities and implications a strengthened Somalian state has against them. With Turkey’s military base set to train half of the Somalian National Army, the two nations have in the last decade become significant allies. But who benefits? Turkey benefits with the opening of Somalian markets, seen by the export rate, which does at the same time benefit Somalia. Somalia has seen improvements in infrastructure and economic benefits, as well as military advantages.

The motive of ‘Neo-Ottomanism’ can be suspicious, as Turkey aims to extend influence in Africa, seen in the closure of Gulen schools across the continent, but motive should not outweigh the benefits of this relationship.

It may outweigh the benefits when Turkey-Qatar designs over Somalian infrastructure projects, pushes away other potential backers such as the UAE and China. More concerning, in 2014, Turkey held back its contribution to Somalia’s budget. It brings into question whether this relationship is symbolic, or a tool for Turkey’s foreign policy goals.

The Beast in the East?

Are rumours that Turkey has antagonised friction between factions in Somalia isolated? Eretria has accused Turkish and Qatari agencies of supporting radical opposition groups which are engaged in military opposition to the Eritrean regime. Ethiopian ambassador to Ankara, Ayalew Gobezie Workneh, stated that the two countries need to increase bilateral trade to $1 billion, and with the two countries signing a memorandum of understanding in September, aimed at increased cooperation in the railway sector, the two seem to be significantly closer.

Given the military presence in Mogadishu, Turkey has also extended influence through opening an airport in Khartoum, and gaining the rights to rebuild Suakin Island, which was a major port for the Ottoman’s, one could see the pattern of ‘Neo-Ottoman’ expansion.

In July 2016, an attempted military coup brought the Turkish regime into a state of emergency. The coup was blamed on Fetullah Gulen, who’s ‘Hizmet’ network in Africa was once a tool for soft power in the region. Following the coup, Erdogan’s influence has allowed the political leverage for a vast amount of Gulen schools to be shut down, Kenya has refused to do so, while Somalia immediately oversaw the closures.

Set to open East Africa’s largest mosque in Djibouti, albeit in Ottoman style architecture, Turkey seems set for long term goals in East Africa, culturally, economically, and militarily. Having deep political and economic ties with any country provides them a benefit of leverage, the important notion is how the leverage will be used. Having a military base in Somalia is a prime strategic position into the Red Sea and the Gulf, a position many other competitors desire. Involvement with East Africa from Turkey’s perspective is not purely for humanitarian purposes. Despite this, so far, strategic involvement with Turkey has been mutually beneficial for East Africa, especially in Somalia. Absence of a colonial or Cold War past in Somalia and shared religious as well as cultural values, has facilitated a partnership which was in part due to humanitarian aid in a time of need but boosted by integration of infrastructure. This seems to be a productive step into East Africa that Turkey aims to spread to the rest of the continent.

This may change in the future, as geopolitical transformations take place in the world, Turkey is slowly becoming a US and Western ally only by name. With competition against Gulf states in the East Africa region, as well as China and Russia, becoming a pawn in a power struggle is not wise, and with the unpredictable nature of the AKP regime, future developments are likewise unpredictable as competition for resources intensifies.