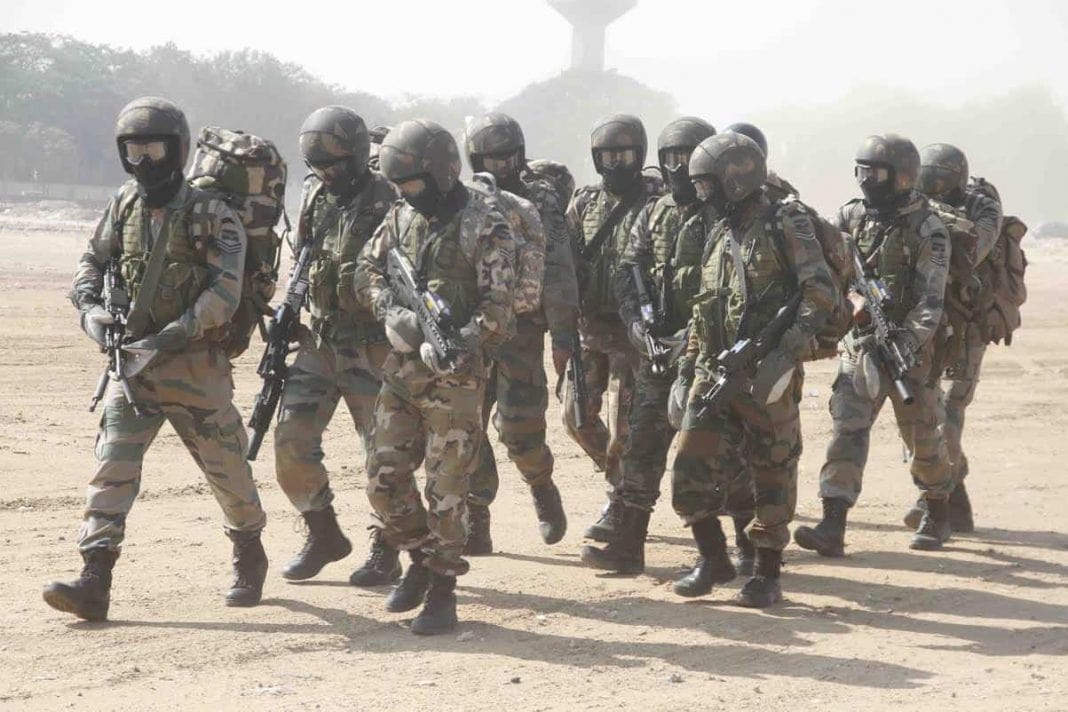 A highly specialised and secretive unit, the Special Frontier Force is a paramilitary unit of the Indian army. Comprised mainly of Tibetan refugees, the unit operates along the Tibetan border to increase Indian strategic security against China. The Special Frontier Force is unique in that it was originally funded and trained by the CIA in the 1960s.

The year is 1962; tensions between India and China grow stronger by the day due to the disputed Himalayan Border. Attempts to settle these disputes have failed on many occasions, with negotiations between the two countries proving unfruitful. As the relationship sours further and both countries step up military patrols along the border, scuffles occur regularly. War ultimately breaks between China and India in October 1962.

Largely due to a devastating series of defeats in combat during the Sino-Indian War, Indian military forces recognise the need for more specialised units within border areas. As a result, the Special Frontier Force, also referred to as SFF or ‘Establishment 22’ was formed.

This article will focus on the formation and early training of the SSF, until the early 1970s when CIA forces retreated from SFF-led operations.

The idea of having a specialist rural warfare unit was originally raised in the last 1950s by the then Indian army chief, General K S Thimayya. However, these calls were dismissed by political leaders at the time. Calls for such a specialist group were renewed during the Sino-Indian war

A formal agreement was formed between Chushi Gangdruk (Guerilla forces against China working in Tibet), R&AW (Research and Analysis Wing, India’s primary foreign Intelligence agency), and the CIA. All three parties had vested interests in neutralising Chinese threats at the China-Indo border:

Therefore, the agreement was made to form a paramilitary group, under instruction of the Nehru administration, primarily aimed to specialise in rural combat and undertake reconnaissance missions along the Tibetan border.

The SFF was formed in 1962 in the town of Chakrata, in the state of Uttarkhand, northern India. Due to its northern location and proximity to the border with Tibet, the region was home to a large population of Tibetan refugees. As a result, the initial SFF was comprised of between 5,000 and 6,000 Tibetan refugees living in Chakrata, many of whom had already been long fighting under Chushi Gangdruk already. At its height, the SFF is believed to have had up to 12,000 men.

Due to the border disputes and threat from the north, India had a need for specialised remote training, and as such the SFF were stationed in border areas and trained to be highly specialised in jungle and mountain warfare. Officially, it operated independently from the Indian army, however as a paramilitary organisation the SFF leadership reported into R&AW directorate. Within the SFF, there are 6 batalltions (‘Vikas’).

Initially, the weaponry of the SFF was provided almost exclusively by the US, and mainly was M-1, M-2, and M-3 machine guns. Due to several strategic successes made by the SFF in the early 1960s, further supplies were provided by the US and the R&AW, including air vehicles to allow for the air training programme to begin.

Aside from combat operations, Establishment 22 was responsible for espionage missions across the Tibetan border, mainly aimed to monitor Chinese nuclear and missile tests.

Limited reporting suggests that the KGB then exploited the power vacuum within the SFF, and Soviet Union sent KGB operatives to further train SFF forces.

The SFF is cited as instrumental in multiple Indian tactical operations since its conception, such as advances during the Bangladesh War of 1971, and Operation Bluestar in 1984.

The SFF remains as a highly specialised paramilitary unit in India today, with recruitment exclusively of officers from other elite military units. Modern operatives are training in air, mountain, jungle and water-based warfare. Whilst functioning technically independently, SFF leadership reports into the R&AW director for progress and training. It remains the only ethnic Tibetan unit of the Indian Army.

The Special Frontier Force is a highly specialised paramilitary unit of the Indian army. The unit was formed as a multinational agreement to counter the growing Chinese communist threat. Although the political landscape has changed dramatically since its establishment, the SFF has continuously proved to be instrumental to strategic and Intelligence successes of India to this day.