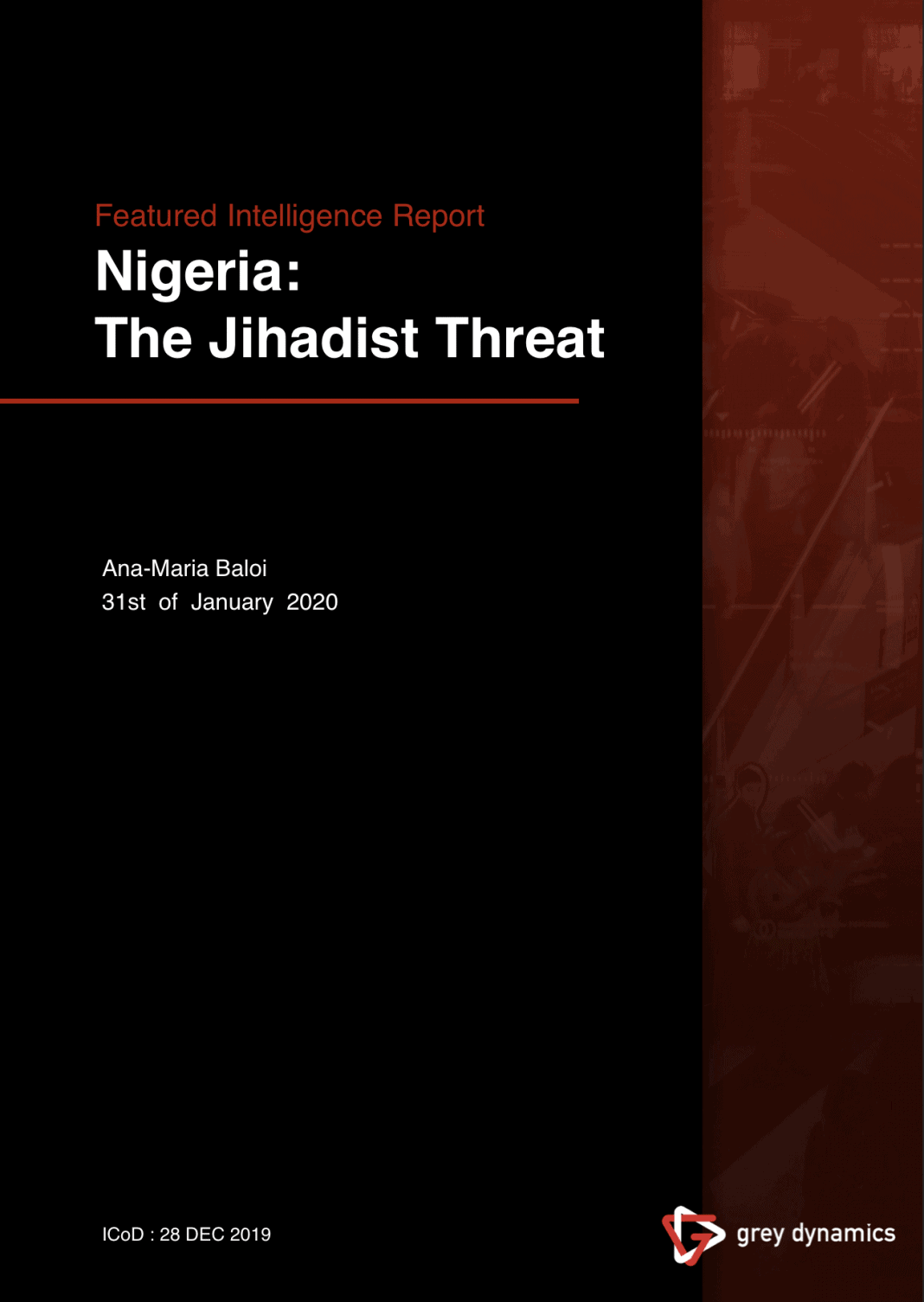 In Nigeria, ethnic conflicts take place on wide swaths of land, facilitating the establishment of terror cells. The Nigerian army favours some the ethnic groups, causing distress and frustration among the discriminated populations. Deadly attacks in Niger and Mali shocked the Nigerian society, determining the government to increase security checks and to limit the free movement of ECOWAS citizens.

KJ-1. After ISGS’s expansion in Burkina Faso, states in West Africa fear the group might try to extend further, reaching the coast of Gulf of Guinea. The jihadists already have the freedom of movement in the Sahel region, where they coordinate networks and orchestrate numerous attacks.

KJ-2. Nigeria will seek to enhance its military cooperation with ECOWAS member states. In contrast, the country is expected to harden its economic and security policies, by limiting foreign access in the country and cutting off trade relations.

Islamist militants are taking over the Sahel region, particularly in Burkina Faso and Mali. ECOWAS states share a growing concern regarding the possibility of jihadists taking over the coastal area. Like other terror groups in Africa such as Al Shabaab, ISWAP and other militant organizations would be interested in controlling the ports in the Gulf of Guinea, due to large revenues coming from exports. Already representing a hub for radical militants, Burkina Faso is expected to be used as a launching pad for new operations aimed at destabilizing the coastal states.

For the betterment of regional security, ECOWAS and the African Union should improve their intelligence sharing, conduct joint military exercises and counter operations. Many countries in the region share porous borders which allows the free movement of jihadists and their weaponry. Poor governance is also causing local distrust in the official institutions, leading people in the rural areas to lean on the services provided by radical groups.

In July 2019, at least 65 people died in a mass shooting conducted by radical militants in the northern region of Borno, Nigeria. In December 2019, 4 aid workers from Action Against Hunger were executed by ISWAP. Both Boko Haram and its rival ISWAP splinter group have often carried out attacks in the area. Northern Nigeria is where insurgents are most active, trying to take control of ethnic groups living in the area.

Jihadists are present in West Africa for more than a decade. Due to constant violence, thousands of people have been killed and millions have fled their homes. President Muhammadu Buhari won his second term in February 2018, based on his pledge to improve security in Nigeria. Despite frequent attacks, the Nigerian government stated that both Boko Haram and ISWAP are being defeated and driven out of their territory. In November 2019, the Nigerian police in Ibadan freed 259 people from an Islamic rehabilitation centre. The total number of persons rescued from abusive institutions since September 2019 goes up to 1,500.

Nigeria deals with two of the deadliest terror groups in the world. Global Index on Terror places Boko Haram on the first position, while the Fulani Herdsmen are the fourth. Violence between herdsmen and farmers is still common in Nigeria. Although the violence is increasingly described in religious terms, competing claims to land and other resources are at its core. Most of the conflicts recur from cattle theft and banditry, in northern states such as Zamfara and Kaduna.

In 2018, more than 1,700 deaths were attributed to the Fulani Herdsmen. The Nigerian army rarely intervenes between fighting clans, although the society is heavily affected. Local allegations accuse the national army of favouring certain clans, while remaining silent on the deaths of civilians. On 16 December 2019, 19 Fulani herdsmen were killed by Boko Haram. During the few months, Boko Haram have reportedly increased their attacks on farmers, herders and loggers. They accuse them of spying and passing information about them to the military. While conducting raids, Boko Haram also steal cattle and burn homes and supplies.

The Jihadist Threat in the Coastal Area

The spread of jihadism could threaten the stability of coastal states. Countries like Liberia, the Ivory Coast or Cameroon also deal with fragile societies. The jihadists are likely to exploit tensions within these countries as they did in Sahel. The most endangered areas are those next the borders, where the central government has a very limited authority. In 2020, ten countries in West Africa are due to organize elections. This will cause the political class to focus on winning votes, rather than countering the terrorist threat.

There are three terror groups internationally recognized that operate in Nigeria: Boko Haram, Islamic State (IS)-West Africa Province (ISWAP) and the Fulani Herdsmen. Boko Haram and ISWAP have similar purposes: replace the Nigerian Government with an Islamic state under strict sharia establish an Islamic caliphate across Africa; avenge military offenses against the group and destroy any political or social activity associated with Western society; conducts attacks against primarily civilian and regional military targets. Except for the Fulani Herdsmen, these groups operate across the Sahel region as well and threaten to expand to the coastal areas.

The Economic Community of West African States (ECOWAS) met this December for discussing joint military operations. Other propositions included enhanced cooperation in intelligence, reinforced border controls and efforts to win over local populations. For a more efficient fight against terrorism, member states called for the full implementation of the ECOWAS Counter-Terrorism Strategy. This comes as a common resolution encompassing multiple initiatives: G-5 Sahel, the Multinational Joint Task Force (MNJTF) and the Accra Initiative.