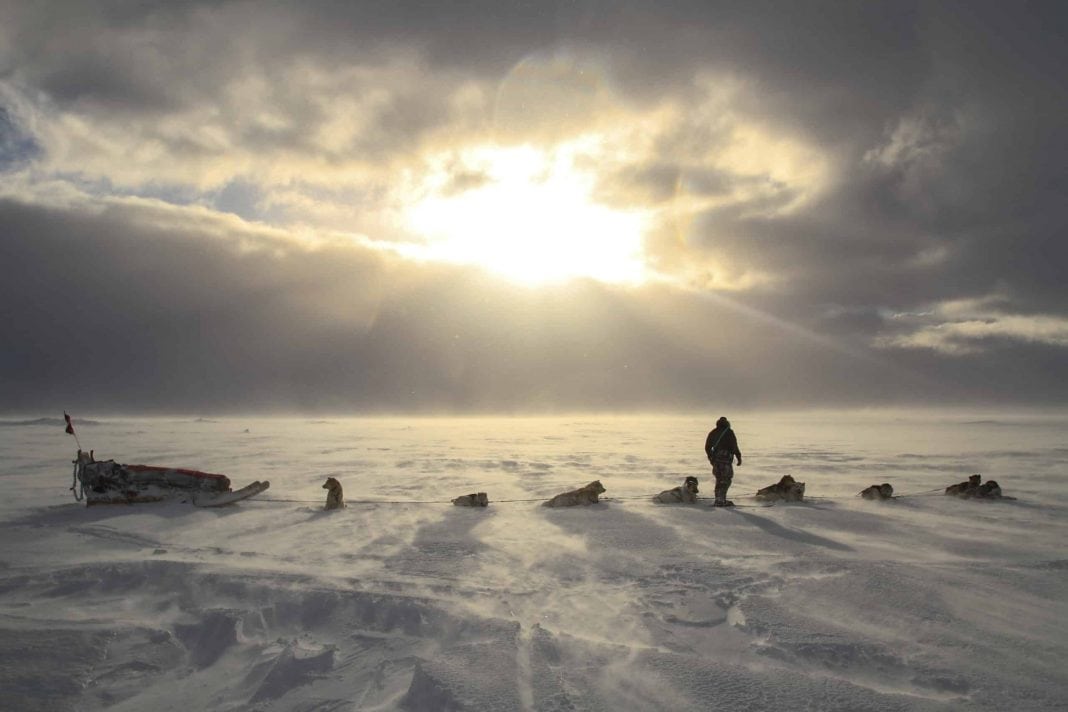 The Danish Special Forces (source) are comprised of the most elite of the most elite soldiers that the country has to offer. Amongst these Special Forces units are specialised maritime operators, the Frogmen, and the specialised unconventional warfare unit, the Jaeger Corps. However, Denmark is also home to the only special forces dogsled unit. Unique in nature due to its unique missions, the Sirius Dog Sled Patrol work in some of the coldest and most remote regions of the globe to ensure Denmark’s security.

The Sirius Dog Sled Patrol was established in 1950 by the Danish Defence Command. During the Second World War, the unit was informally created to monitor German movements within Greenland, and to attack German weather bases. However, following the conclusion of the War, the unit remained in the region. The onslaught of the Cold War created a need for systematic and continuous monitoring of the region, and as such, the Patrol was repurposed to ensure the sovereignty of Denmark over Greenland (source). From this time onwards, the Sirius Dog Sled Patrol was officially unveiled as the newest branch of the Danish Special Forces.

The unit takes its name from Sirius, the brightest star in the night sky. Sirius makes up part of the Canis Major constellation, Canis Major meaning ‘Great Dog’ in Latin.

Today, the unit conducts long range reconnaissance of Greenland and Arctic land. In times of rising geopolitical tension in the Arctic due to disputed borders, the tasks of the Sirius Dog Sled Patrol has become even more important.

The Sirius Dog Sled Patrol (Danish: Slædepatruljen Sirius) falls under the command of the Joint Arctic Command, which reports directly to the Danish Chief of Defence (source). The unit is headquartered in Daneborg within the Northeast Greenland National Park, and a further substation on Ella Ø island, although this station is only manned during summer months (source).

The force is unique in that it functions as a civilian policing authority within Greenland. Therefore, the unit has been tasked with enforcing National Park regulations in the interest of conservation and local peace (source).

Selection for the Sirius Dog Sled Patrol is an arduous process. Firstly, recruits must have already completed the basic Armed Services training to even apply. Additionally, applicants must pass a clean criminal background check, hold a full and clean driving license, and be eligible to gain “secret” security clearance (source). This is the same as with any Danish Special Force. Applicants will also undergo a full health and physical examination to ensure they are able to undertake the physically demanding duties expected of a Sirius Sled Patrol operator.

Whilst recruitment procedures have since modernised, it was previously the case that the Sirius Dog Sled Patrol only accepted single men into its ranks. This is because of the emotional toll that being away from loved ones for extended period of times in remote conditions can have. Whilst this is no longer explicitly requested of applicants, significant psychological testing is done to ensure that potential operatives have What it takes to survive in solitude.

Once selected, the few recruits that have made it through the selection stage must undergo significant training to ensure they can undertake their required responsibilities. This course takes a minimum of 8 months to complete, and covers a large range of topics, including:

It can be seen that the responsibilities are wide-ranging and extensive. The job is solitary, and as such, operators need to be able to deal with any situation that may arise. Accordingly, recruits undergo other specialised training, such as dentistry and medicine, as these services are not accessible whilst on patrol.

3.3. The Daily Life of the Sirius Dog Sled Patrol

Once the recruitment and training has been completed, the hard work can finally begin. Patrol units generally work in teams of two, with only around six teams every year. Overall, there are only 12 Sirius Patrol members – six new recruits, each paired with a longer serving operator (source). Patrols can last up to 26 months without a break or return to base, and personnel are not eligible to take any holiday during this time (source). Patrols run year round – including during winter months wherein there is no sun and temperature can drop to negative 40 degrees. In such conditions, your partner becomes your best friend and your lifeline.

The BAU of a Sirius Dog Sled Patrol unit is difficult to define, due to the varying responsibilities. However, much of the time of operatives will be spent trekking and patrolling the borders of Greenland, and engaging with local Inuit communities, or long-range reconnaissance to understand foreign powers’ movements within the region. The units cover around 40 miles each day, to create a total of over 5,000 miles during each tour (source). Sirius, alongside their intel and national security role, also provide assistance to scientific studies and local communities.

Patrol personnel are completely on their own on patrol – they are able to use any of the cabins within the National Park, of which Sirius Patrol members are responsible for the construction of 34 remote cabins. Additionally, Sirius must treat their own fresh water through purification of sea water, of which their equipment gives them the capacity to make 3 tons per day (source).

The Sirius Dog Sled Patrol’s best asset is man’s best friend – the dogs. The dogs are specially trained and bred for the job. A large part of the responsibility is caring for the dogs and building a relationship based on mutual respect to ensure they are fit to work (source). Therefore, continuous training and care is key. Dogs generally serve for around 5 years before being retired to civilian life, however exceptional members of the team have known to serve for up to ten years (source).

“Often the departures were chaotic, the dogs fought, changed course, ran between buildings, got entangled, attacked other dogs, or crashed down steep sloped to bystanders’ great amusement. In the past, the Church of Denmark pre-emptively absolved missionaries who visited Inuit settlements by dogsled for yelling and swearing at their dogs.”

The Patrol is also known to have access to snowmobiles and boats for inspection tours in situations wherein dogsled would be inappropriate for travel (source).

The Patrol must anticipate coming across enemies and bears, and as such must be adequately armed. The Danish Special Forces has been known to use (source):

The Sirius Dog Sled Patrol assists with all matters concerning Greenland and the Arctic. In the 1980s, the Patrol was tasked with locating and mapping small islands in the Greenland sea as part of greater cartography efforts (source).

Interestingly, the Crown Prince Frederik of Denmark served as a member of the Sirius Dog Sled Patrol during the early 2000s. This service included a 2,200 mile trek through Northern Greenland between February and May. The Prince celebrated his birthday on patrol, and the expedition also marked the 50th anniversary of the unit (source).

The Sirius Dog Sled Patrol mainly works domestically and therefore there is little need to conduct international exercises. However, the Patrol is known to have worked with Canadian Defence Forces in the Arctic. The operation beginning in 2010, named Operation Nunalivut (meaning; “land that is ours” in Inuktitut language of Eastern Inuit populations), aims to bolster the countries’ military and political presence within the region (source). This was the first ever operation Sirius undertook outside of Greenland (source). This shift in focus is unsurprising, given Denmark’s increasingly assertive Arctic Policy from 2014 onwards, and in light of increasing geopolitical tensions fuelled by numerous claims to Arctic territory (source).

The Sirius Dog Sled Patrol, whilst a Danish Special Operations Force, are incredibly diversified in mission and training. Operators have to be highly specialised in many different skills to account for the challenging conditions and varied obstacles that they may face. As of 2020, the unit has undertaken incredibly unforgiving missions for 70 years. As a result of this extensive experience, this unique unit is one of the most elite Special Forces. Indeed, it can be argued that the Sirius Dog Sled Patrol is the Jack of All Trades, and Master of All.