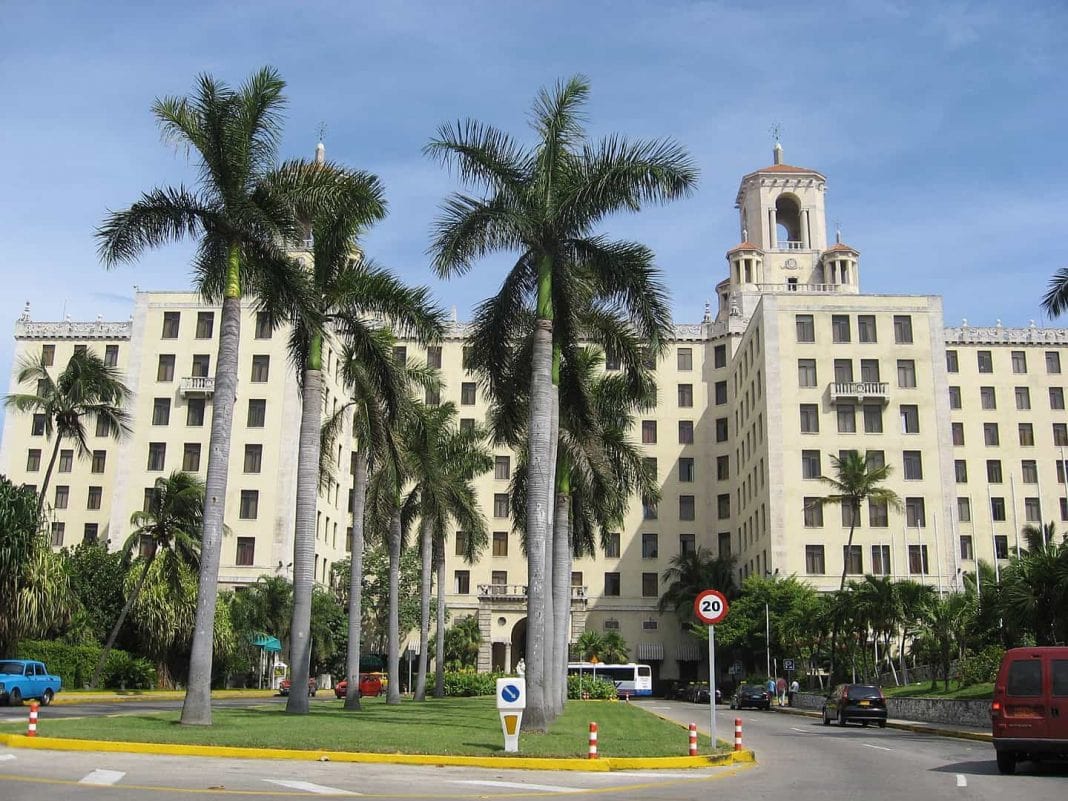 The Havana syndrome is uncertain in its nature. In 2016 and 2017, US diplomats in Havana reported medical symptoms regarding ear and mental pressure. The US government regards the symptoms as ‘anomalous health incidents’ and remains secretive on the nature of the virus. While the syndrome is explored, cases continue to emerge around the world with the threat of professional ineligibility.

The increase in relations between the USA and Cuba in 2015 preceded the first documented case of the Havana syndrome. The US government maintained secrecy around the event between 2016 and 2017. Following the publicity, the notion of a targeted attack became an accepted hypothesis. The initial health incident became a matter of foreign policy. The appearance of further affected diplomats and the significance of Havana publicised the incident towards a geopolitical series of events. The latest cases occurred in August 2021 in Berlin, July 2021 in Vienna and May 2021 in Singapore. In the latter, it was the delegation of Kamala Harris that postponed a trip due to an ‘anomalous health incident’.

The physiology of Havana syndrome:

The Havana syndrome causing the ‘anomalous health reports’ is allegedly diverse in its manifestations. Deployed officials allegedly showed no indicators prior to the symptoms. Simultaneously, the clinical differences of victims increase the difficulty to characterise or identify the syndrome. Symptoms may include:

The National Academy of Sciences (NAS), at the request of the Department of State (DoS), carried out an investigation. Although the investigation was premature, no treatment or rehabilitation method was established due to the unknown nature of the syndrome. As of 2019, the CDC continued to declare the majority of explanations for the Havana syndrome unresolved.

As of September 2021, all of the recorded cases of the Havana syndrome affected either US or Canadian government personnel. Symptoms affected officials in multiple locations. Nevertheless, only the Canadian and US governments reported the events. Despite the nature and origin of the syndrome, the geographical proximity and origin of both targets are likely significant.

The health incidents in originated in Cuba are likely growing in significance as a foreign policy tool and concern. In July, Secretary of State Blinken recognised more than 200 recorded cases of health incidents since 2017. A de-classified accountability review board over the events in Havana identified poor organisational and communicative behaviour to contribute to the event. Furthermore, the board identified excessive secrecy to have hampered efforts to identify and characterise the Havana syndrome.  The syndrome affected personnel in the following locations:

The reportedly recent rise in cases indicates a likely growth in the frequency of affected diplomats. Since July 2021, cases emerged in Vienna, Berlin, India, and Bogota. Cases in Singapore and India affected team members of Vice-President Kamala Harris and CIA-Director Bill Burns, respectively. The target difference in rank, location, and symptoms of government officials increases the spectrum of objectives. Overall, the perceived threat to the US government is likely increasing.

The Canadian government’s behaviour surrounding the Havana syndrome is likely an indicator of its significance. In 2018, Global Affairs Canada ended all embassy postings in Cuba due to a growing number of incidents. Prior to that, the government rejected the aid of the U. of Pennsylvania, privately forcing staff to the University of Pittsburgh. According to embassy diplomats in Havana, the government demanded secrecy from the affected personnel.

Diplomats used a letter in May 2021 to claim 25 new cases observed at Dalhousie University, and particularly to denounce the lack of government-shared information. A lack of an appropriate response in 2017 likely explains part of the governmental behaviour in avoiding the subject. The lack of action by the government, nevertheless, may likely create an inaccurate and dangerous perception of the syndrome amongst personnel.

Despite the accusations, there are no indicators to correlate the symptoms and effects of the syndrome to a plausible hypothesis. Officials in the Trump and Biden administrations privately aim at the GRU bearing responsibility. Meanwhile, the ODNI stated that there is no definitive information regarding the cause of the incidents. In 2018, the NAS determined that Direct-Energy (DE) weapons are the most plausible theory with supporting factors like PPPD or psychological conditions. A report by congress determines the capability of DE weapons. Nevertheless, there is no evidence to support the hypothesis despite its plausibility. According to the CDC in 2019, there is no explanation, cause or potential actor to be identified behind the Havana syndrome.

The creation of uncertainty, as well as a geopolitical loss, are likely the largest non-medical consequence of the Havana syndrome. The lack of an explanation by both governments is an indicator of the interpretative nature of the syndrome. While the US government increases the bureaucratic role in determining a cause, the Canadian government adopts a posture of silence. Accusations and reports establish plausible theories, yet no causation or direct relation is established. As a consequence, the ‘likely’ but not certain hypotheses create a general division of opinion on the nature and origin of the symptoms.

According to the Radio Research Group, the Havana syndrome is an example of 5th Generation Warfare (5GW). This is the continuation of the de-centralised environments seen in the 4GW. In this case, perception and information play the main role of warfare, described to be at least partly non-kinetic. The uncertainty of the havana syndrome contrasts to the certainty of symptoms, cases and real neurological damage. 5GW exploits the difference in certainties and information to divide the decision-making body. Theoretically, the approach obtaining similar objectives to kinetic warfare without employing large-scale capabilities. The only certainty is that both the US and Canada lost capabilities when closing the Havana stations, and the uncertainty is almost certainly preventing a re-deployment.