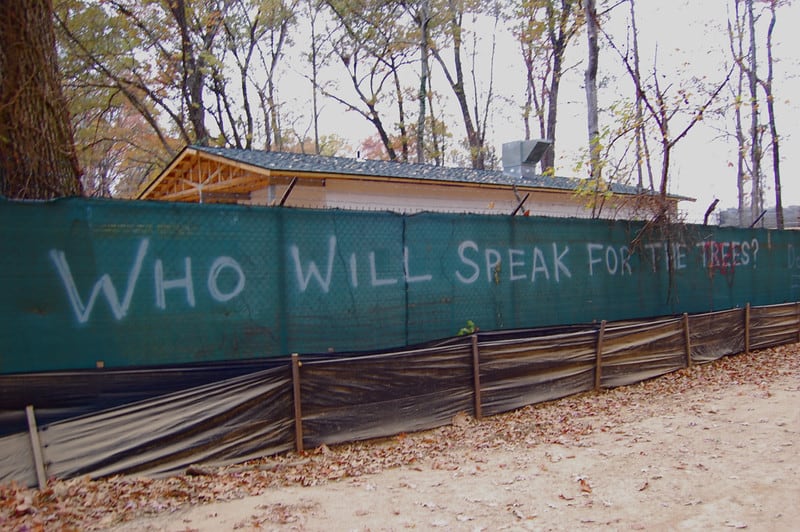 Eco-terrorism is an ideological framework. It incorporates direct action and other forms of terrorism with environmental causes.

Terrorism often stems from strong ideological beliefs. In return, those beliefs motivate actors or groups to act in violent and destructive ways. Strangely enough, the dark tendrils of terrorism can reach into obscure places. Consequently, its corruption can reach even the most noble of causes, like environmentalism.

Environmental issues are some of the most covered in modern news cycles. Chiefly, Climate change is a relevant current issue, and a realistic threat for the human species. Moreover, it is a topic that invokes zeal in citizens, who feel not enough is being done to lessen its inevitable sting.

It is of great fortune that climate change advocacy has remained peaceful and diplomatic. However, environmental movements in recent history have associations with violence.

In essence, like all political and social movements, the environmental movement has its fringe elements. At the low end, there are niche organizations and obscure demonstrations. In the furthest extremes, there are people who believe simple activism isn’t enough.

According to the FBI, eco-terrorism is:

“the use or threatened use of violence of a criminal nature against innocent victims or property by an environmentally-oriented, subnational group for environmental-political reasons, or aimed at an audience beyond the target, often of a symbolic nature.”

In 1972, Arne Næss, a Norwegian philosopher, became the father of the “deep ecology” movement. This environmental philosophy seeks to promote a deeper relationship between humanity and nature. Moreover, Næss believed that activism alone does not make lasting change. In return, humans need to learn to assign an inherent value to nature. Equality between humans and nature is a requirement for future harmony.

In 1984, Næss and an activist named George Sessions developed “The Deep Ecology Platform.” According to Britannica, this platform “was offered not as a rigid or dogmatic manifesto but rather as a set of fairly general principles that could help people articulate their own deep ecological positions.”

At first glance, those ideas read as a basis for a movement. Although, with a stronger social justice leaning, like the 1960s counter-culture movement in the United States.

By and large, these ideas ended up contribute to the foundation of eco-terrorism. Like the Holy Bible and the Quran, all it takes is a fringe element of extremists to weaponise benevolent ideas.

Eco-terrorism and the ELF

In current times, eco-terrorism groups are relatively dormant. Of all the known groups, the Earth Liberation Front (ELF) is the most relevant.

The ELF is a splinter group from Earth First!, a US born environmental organization founded in 1980. Earth First ideas have a strong anarchist leaning.

During the group’s early days, direct action activities against infrastructure projects that threatened the environment were the group’s staple. Eventually, they spread across the Atlantic, landing in the U.K. and Europe.

Earth First! shifted away from illegal tactics in the early 1990s. In contrast, the more extreme members did not favor that choice.

In 1992, a faction of disgruntled Earth First activists based in the UK formed the ELF. They continued to carry out direct action attacks to support environmental causes. In the end, the ELF movement spread throughout Europe and the US.

Similarly to the Proud Boys and Antifa, the ELF is devoid of a centralized leadership. They operate in independent, self-sustaining cells with internal networks. Thus, the ideological strength of the ELF is the center of gravity that inspires action.

Most ELF activity was between 1995 and 2010. According to the Department of Homeland Security (DHS), ELF (along with its animal rights oriented relative, the Animal Liberation Front) conducted 54.8% of arsons and bombings associated with those movements during that time period.

The peak of those events was in 2003, followed by a decline, except for some small spikes in activity between 2006 and 2010.

Nevertheless, ELF attack methods are a case study in the direct-action nature of eco-terrorism and are the same model lesser-known groups use for their own activities.

According to the FBI, ELF eco-terrorism attacks include:

By and large, ELF activity is relatively unheard of in the current era. It’s not that they don’t exist, but the lack of any proper organization or structure has essentially bookmarked them into history.

Consequently, fringe extremists are of no shortage now. However, and some of the most unlikely ideologically driven factions of the far right have adopted eco-terrorism and deep ecology. In the end, they converge those ideas with racism and hate.

Environmental causes and the aforementioned forefathers of eco-terrorism are left-wing by nature. Interestingly enough, the far-right has incorporated deep ecology into their ideological frameworks.

In the plainest terms, acolytes of eco-fascism believe that over-population is a threat to the environment. That, along with the other standard causes (climate change, deforestation, industry, pollution, etc).

The twist is that its immigration and people of color to blame, which is when the neo-Nazi/white supremacist/white nationalistic movements come into play.

According to Sarah Manavis at The New Statesman, eco-fascism is essentially an umbrella term which contains various meanings. Moreover, a common element is that “the wellbeing of our earth, nature and animal” are “on the forefront of their ideology.”

“That seemingly benign focus expresses itself as an ideology that embraces and combines modern-day neo-Nazism with environmentalism—and a belief that going back to ancient geographical roots is the answer to society’s biggest problems. Eco-fascists believe that living in the original regions a race is meant to have originated in and shunning multiculturalism is the only way to save the planet they prioritise above all else.”

Also, Norse mythology, veganism, and general practice of environmental preservation are all part of the eco-fascist aesthetic, which has a presence on social media websites.

According to Jason Wilson at The Guardian,

“This subculture – which so far appears to be small in number – is frequently drawn to a so-called “terror wave” aesthetic, which elevates images of terrorist insurgency; promotes a specific, martial fashion imagery; and fantasies about armed conflict in the wake of environmental and social collapse.”

By and large, as abstract as eco-fascism may sound, it has realistic potential for future eco-terrorism related attacks. In addition, the recent rise in white nationalist and far-right groups in the US and Europe has revealed a very present and dangerous threat to the public.

Ideological evolution is in full-force as the cultural and political climate continues to shift. It’s rather ironic, but the future of eco-terrorism may take a sharp turn to the right.