Djibouti Base: USAFRICOM vs. Chinese Influence in Africa 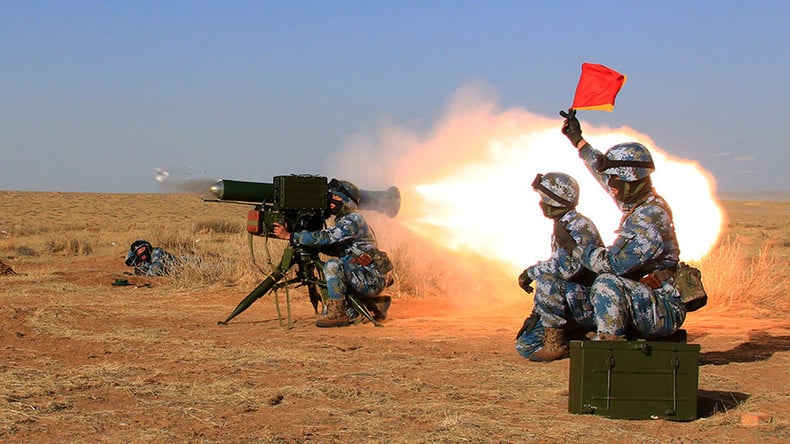 The US is in a decisive moment to influence the future of US strategic and geopolitical success in the region. By working from the Djibouti base and neighbouring East African countries. The US can simultaneously support economic and human development, an underestimated factor against terrorism, while also countering Chinese Influence in Africa and creating new markets for US products and services.

KJ-1. The Djibouti base, Camp Lemonnier, the United States Africa Command (USAFRICOM) footprint not only supports the ongoing commitment against terrorism but serves as a strategic outpost for US interests in the region.

KJ-3. The ‘golden standard’ of US military training can be utilised to promote closer cooperation with Djibouti and neighbouring East African countries. Forming a ‘package’ deal for infrastructure projects to reduce the reliance on Chinese loans will avoid the defaulting of payments, leading to seizure of ports and terminals necessary for the existence of the US footprint.

If the importance of Djibouti is in question, it is responsible to remember that since 2008, no other African country has agreed to host AFRICOM. It is the only permanent US base in Africa, and the primary base for AFRICOM operations. 4,000 troops, two-thirds of AFRICOM forces on the African continent, are stationed at Camp Lemonnier, with further additions expected following the POTUS decision to withdraw 700 personnel from neighbouring Somalia. The facility is regularly used by AFRICOM for counterterrorism, as well as intelligence operations. Located between the Gulf of Aden and Red Sea, Djibouti is of geopolitical interest to numerous powers, due to the projected international commerce that will flow through its terminals.

France, Italy, Japan, and China also have military bases present. The US and Djibouti military have a $31 million train-and-equip partnership, with direct and indirect US military payments amounting to over $200 million annually, approximately 10% of Djibouti’s annual GDP. The base is not only of strategic importance to the US but serve as a hub for NATO allies France and Italy as the partners also utilise the base capabilities. UK and German military assets are also present, as is the case for Japan, a key partner in US interests in the South China Sea. Leased in 2001, Camp Lemonnier is facing a growing threat from Chinese soft power manoeuvres in the region.

Djibouti denied authorisation for Russia to build a military base, on the grounds that the country does not want to become a proxy warfare battleground. This may be too late. Through a combination of infrastructure and economic deals, Chinese firms are the largest source of revenue for Djibouti, controlling approximately 40% of such infrastructure projects. These projects are crucial for Chinese influence in Africa and infrastructure readiness for the belt and road initiative. The Djibouti-Ethiopia Railway project and Djibouti-Ethiopia Water pipeline are part of these packages.

The most impactful project is the Dolareh port, in essence almost irreplaceable for re-supplying Camp Lemonnier. Chinese firms already control their own terminal, with the possibility of facilities legally being transferred to Chinese merchants if Djibouti fails to continue making the loan repayments. A quarter of the port’s stake has already been sold to China Merchants Ports Holdings. Significant control over the port threatens the confidentiality element of supplying the US Djibouti base.

The access to US operations through the Chinese naval base provides vital intelligence collection on AFRICOM operations. The Defence Intelligence Agency makes the assessment that ground-based lasers will be deployed by China in this decade. Lasers, along with electromagnetic weapons, are being called for by Chinese authorities to protect exploration interests. There have been at least 20 acknowledged incidents where lasers have interfered with US pilots. In 2018, a pilot suffered minor eye injuries following a similar laser incident near the base. While in February 2020, a “weapons-grade laser” was utilised by a Chinese destroyer. Through soft and hard power, the growing Chinese Influence in Africa can limit the integrity of US re-supplement, while hampering operations with plausibly deniable actions.

The 2021 National Defense Authorization Act reflects the urgency of readjusting the US position in Africa. The Pentagon requested $239 million for AFRICOM, which was not only met but increased by $38.5 million. The POTUS decision to withdraw the 700 present troops in Somalia will highly likely see a repositioning to Djibouti base. While the US and its allies at present still have military dominance in the region, this is not the case for economic dominance. While readjustments militarily are important, economic readjustment in the face of the China-Djibouti relationship is crucial.

The US is in a position to compete with China by engaging in new infrastructure projects under more favourable terms. This will not only reduce Chinese influence but will increase the viability of US bases on the continent. Common ground must also not be underestimated. By tackling terrorism and piracy, keeping the Red Sea open to commerce serves both US and Chinese interests. It is yet unclear what this new power dynamic in East Africa will manifest into, whatever the case, the US must reposition itself to ensure the dynamic does not become one-sided dominance.