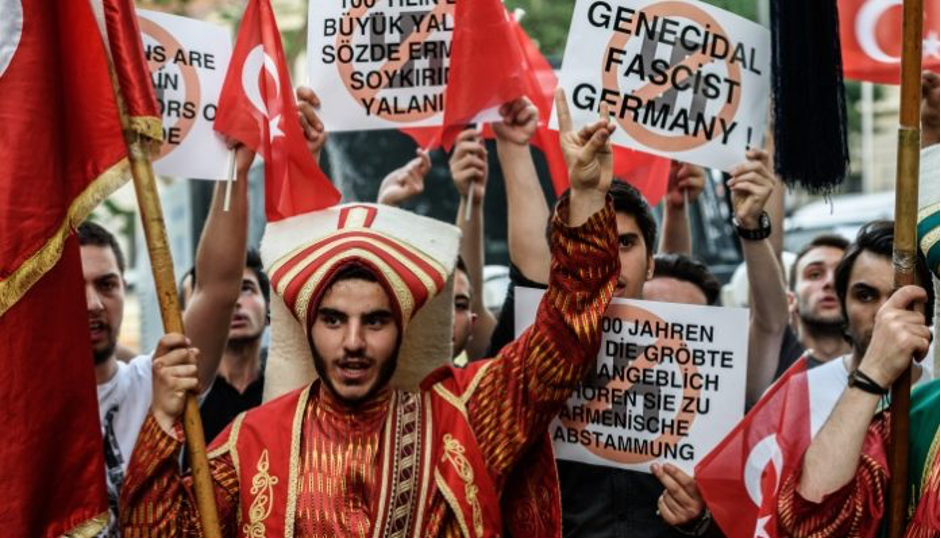 Grey Wolves was founded by Alparslan Türkeş in 1969, a former Turkish Army colonel, in what he described as a response to the country moving away from nationalist principles.

KJ-1. The Grey Wolves’ (Bozkurtlar/Ülkü Ocakları) ultra-nationalistic and Islamist network exists in the Turkish ‘deep state’, an entity linked but not limited to political violence, illicit trafficking, and extending a neo-fascist approach to Turkish influence abroad.

KJ-2. In November 2020, France placed a ban on the Grey Wolves, the German Bundestag has called for a motion to follow suit, and Italian members of the European Parliament proposed the group be placed on the European Terror List. The Netherlands is also set to ban the group, while Austria had banned the ‘wolf-symbol’ associated with the group in 2019.

KJ-3. The Youth Organisation wing of the group is highly likely the fundamental factor in Turkey and internationally. The established networks provide a proxy element that can and have been triggered to serve neo-Ottoman ambitions.

This article provides context on the foundations of the group, activities, and implications linked to the highest circles of Turkish governance, and the subsequent European response as Turkish-European relations deteriorate.

The symbol of the Grey Wolves is an interchangeable symbol with the far-right Nationalist Movement Party (MHP). The symbol is based on the myth of a grey wolf leading the original Turkish tribes out of Central Asia. The Grey Wolves movement came to represent an ultra-nationalistic desire to unite ‘Turkic peoples’, which spans from the Balkans to Central Asia, reaching Turkic populations in China.

This manifested in the form of youth organisations established in Turkey in 1965, leading to paramilitary camps in which 100,000 Grey Wolves were trained by 1969. The group is Eurosceptic, extremely anti-leftist, pro-Islamic, and as extreme acts of violence have shown, are willing to murder ethnic and religious minorities organised against their fascist aspirations. The MHP party, which is an infamous user of the grey wolf symbol, is a key parliamentary ally of President Erdoğan’s Justice and Development Party (AKP), a nationalist, neo-ottoman, and conservative party that has been in power since 2002.

During the 1970s, fighting among pro-right and pro-left groups led to thousands of deaths in Turkey. During this time, the Grey Wolves supported the ‘Turkish establishment’, murdering hundreds of journalists, students, as well as ethnic and religious minorities. In 1998 a leaked Turkish Parliamentary report described that between 1970s-1990s, in unison with Turkish security forces, the group carried out political assassinations and illicit trafficking. The Susurluk Scandal in 1996 led to police pulling four victims from a car crash.

Two of the victims found alive were Sedat Bucak, a member of parliament, along with the leader of a pro-government militia. Two of the victims found dead were Hüseyin Kocadağ, a high-ranking official in the Istanbul Police Force, and Abdullah Çatlı, one of the most wanted men in the world and at the time high-ranking member of the Grey Wolves. Abdullah Çatlı was an infamous drug trafficker and later confirmed to be a contract killer for Turkey’s National Intelligence Organization (MİT). Weapons, along with a diplomatic passport for Çatlı, were discovered in the vehicle.

The involvement between the Grey Wolves, government, and organised crime became undeniable. Alaettin Çakıcı, a prominent mafia boss in Turkey with close ties to the MHP, had the audacity to criticise President Erdoğan for not mentioning the MHP in a post-election speech:

“You are not the master of the state. Don’t forget, you are only a traveller, and the idealists (Grey Wolves) as well as the Turkish nationalists and all patriots, no matter which ethnic group they belong to, operate the shelter … understand that I am not a brat or a petty criminal”.

Çakıcı was also once employed by Turkish intelligence. The newer generation of crime lords Osmanlı Ocakları and Sedat Peker, ardent supporters of the President, who were once rivals of Çakıcı have since all reconciled. On the 15th April 2020, Çakıcı was released from prison, on grounds of overcrowding during the pandemic. The MHP is seen as ‘lifeline’ to the AKP, keeping the government in power through a coalition. The party was not created to ‘rule’ but to serve Turkish nationalism, and the Grey Wolves are an extension of this.

During the 1970s and 1980s, the Grey Wolves influence spread to the Turkish diaspora in European countries through various youth organisations. There are around 270 affiliated youth federation clubs in Germany and Austria. In June 2020, members of the group attacked Kurdish rallies in Vienna. The group defaced an Armenian genocide memorial in Lyon, France, with the initials of the Turkish president and ‘Grey Wolves’ in French.

The French decision for the ban cited an organised “youth weapons camp” in the Ardèche region with an ideology of promoting violence against Kurdish and Armenian people. Across Europe, the group has been highly active in violence against demonstrations that oppose their world view. With Turkish-EU relations deteriorating, similar decrees are likely to follow. Bundestag intelligence assessed that Turkish intelligence operations in Germany have been ‘enormous’, with a vast network of informants pressuring the diaspora to align with AKP policies.

The Grey Wolves symbol can be observed among paramilitary groups abroad in Syria, Libya, Iraq, and recently in the Nagorno-Karabakh conflict. Members of the group aligned with the neo-Ottoman and Turkic people have been observed making the symbol in various conflicts. An Azerbaijani general was recently spotted making the symbol during a military parade in Baku. An established neo-fascist network exists, showing solidarity and capabilities with a global reach. The Grey Wolves both serve as the paramilitary wing of the MHP, as well as a symbol of ultra-nationalist pride among Turkic people.