Mario Paciolla: The Unsolved Death of an UN Aid Worker 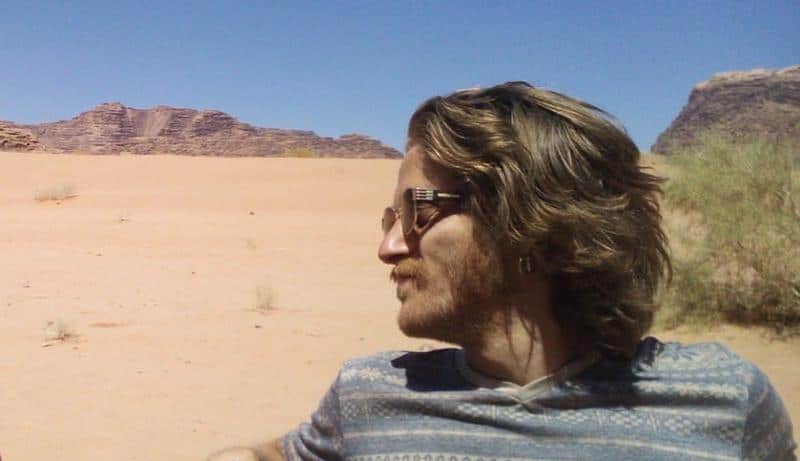 On the 15th of July 2020, Mario Paciolla, a member of a United Nations mission in Colombia, was found dead in his home in the Colombian town of San Vicente de Caguán.

Who was Mario Paciolla?

Mario Paciolla, originally from Naples, moved to Colombia in 2016. Between 2016 and 2018, he worked as a volunteer for Peace Brigades International, an NGO that defends and fights for human rights. In 2018, Paciolla started working for a United Nations mission that aimed to oversee the implementation of the peace deal signed between the Colombian government and the FARC (the Revolutionary Armed Forces of Colombia). The UN mission also had the goal to redevelop the areas used by drug traffickers.

This deal, signed in 2016, formally marked the end of 52 years of war between the FARC rebels and the government of Colombia and that caused the death of more than 260,000 people.

However, the peace deal was not successful. Organised crime groups, right-wing paramilitary, drug traffickers, and FARC dissidents keep fighting for territory and power.

Mario Paciolla and his colleagues focused their attention on the attack of the 29th of August 2019 pursued by the Colombian Army against Rogelio Bolivar Cordova’s command centre. Cordova, also known as El Cucho, was the leader of one of the FARC’s factions. He was responsible for the failed implementation of the peace agreements. The UN task was to report and list the violence committed by the Colombian Army against the dissidents and their families. This included the death of at least eight children, between the age of 12 and 17.

In November 2019, Senator Roy Barreras, part of the opposition party, brought up again the accident. He decided to use the information, provided by the UN mission, to attack and weaken Guillermo Botero, the Colombian Defence Minister. Barreras questioned Botero and forced him to resign. Consequently, Paciolla found himself at the centre of a political controversy. On the one hand, the peace process between the FARC and the Colombian government was failing. On the other, it seemed that someone within the UN mission sent the report to Barreras.

Moreover, after months of Botero’s resignation, the organisation Dejusticia y Cuestion Pública found out that the Colombian government knew about the presence of the children before the attack but still decided to take action.

Paciolla, scared of being in danger, requested a transfer to leave Colombia, but the UN ignored his request. Paciolla also thought that the UN was investigating him, due to his discontent within the organisation and the mission. During the pandemic, the UN volunteers had to isolate and could not travel anywhere. Whereas other members of the UN had more freedom. Duque also stated that Paciolla was unhappy due to the lack of interest in their health conditions and that the UN was aware of this.

In the days before his death, Paciolla was upset over something he witnessed. He kept saying to his family that he lost faith in his colleagues. That he feared that someone was following him. Claudia Julieta Duque, Paciolla’s friend and a journalist for El Espectador, also wrote in an article about the troubled relationship between the UN mission and Paciolla.

On the 11th of July, four days before his death, Paciolla sent one of his relatives this message: “I want to forget this country forever Colombia is no longer safe for me I never want to set foot in Colombia or at the UN ever again. It is not for me. I asked for a transfer some time ago and they did not give it to me. I want a new life, away from everything”. He also confessed to his mother that he felt in danger and that he was afraid. He also planned to fly back to Italy at the end of August, but after fearing for his life, he moved the flight to the 20th of July.

Mario Paciolla was found dead in his house in San Vicente de Caguán on the 15th of July 2020. He was hanging from a fence on his patio. He had a blanket tied around his neck and deep cuts on his wrists. When the Colombian authorities discovered his body, they catalogued his death as suicide but, after days of investigation, the authorities thought it was possible that someone murdered Paciolla and opened a homicide case.

The Investigation on Mario Paciolla’s Death

The first person to arrive at Mario Paciolla’s house was Christian Thompson Garzón, head of security at the UN Mission in Caguán and ex-military. He was given the order to clean up the house with bleach. Various members of the UN mission also took Paciolla’s personal belongings, such as a diary and laptop.

According to the first autopsy, made by the Colombian authorities, Paciolla died because of brain damage caused by asphyxiation. The Colombian doctors considered the deep cuts on both wrists as self-inflicted.

The Colombian authorities did not have the chance to gather new evidence to the actions taken by the UN officers.

When the Italian authorities received Paciolla’s body, it was in poor condition and sawdust was all over the coffin. According to the Italian autopsy, it was not possible for Paciolla to tie the blanket in that way with his injured wrists. Consequently, the doctors categorised his death as a homicide. They also thought that some of the wounds found on his body were afflicted after his death. This could mean that someone altered the scene.

Paciolla’s family also received his personal belongings found in the house. Among them, there were a camera, a mouse, various diaries, seven million pesos in cash, credit cards and USBs.

In the last 20 years, the death of almost 60 members of the various UN missions was categorised as suicide.

The UN remained silent about this event and did not take any responsibility for what happened.

Paciolla’s friends and family were always sceptical about him committing suicide, and they are still hoping to find an answer.