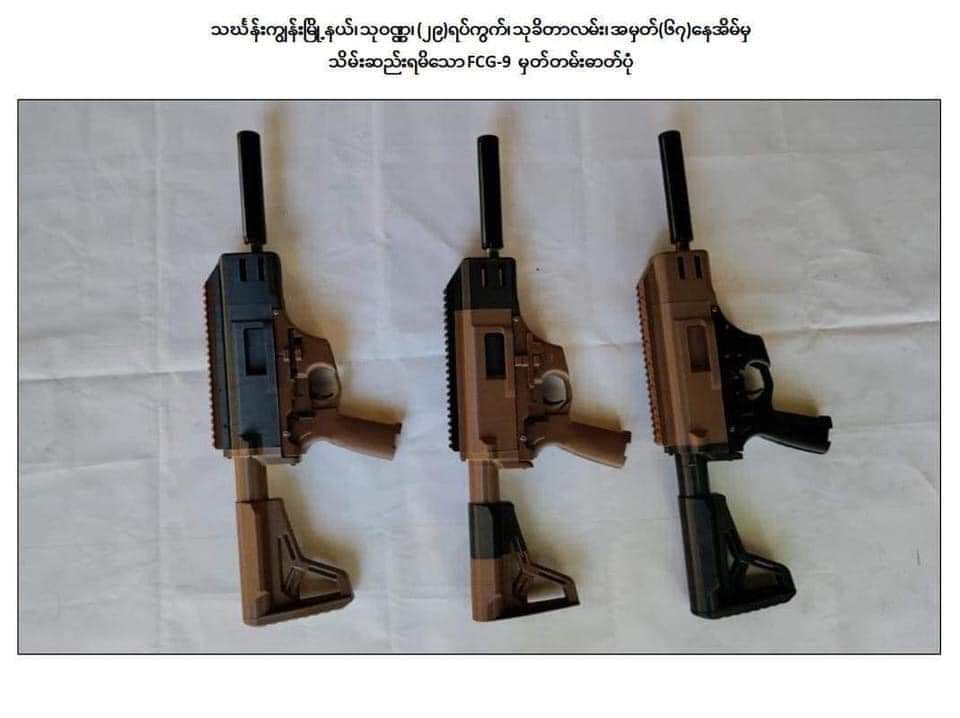 It is clear that elements of resistance related to the PDF in Myanmar are producing a FGC-9 type 3D printed firearm to fight the junta at a reasonable quantity.

The producers and users of these firearms are likely improving the firearms to adequately match a guerilla warfare environment.

It is highly likely the proliferation of 3D-printed firearms in areas of civil unrest across the globe will become more prevalent in coming years.