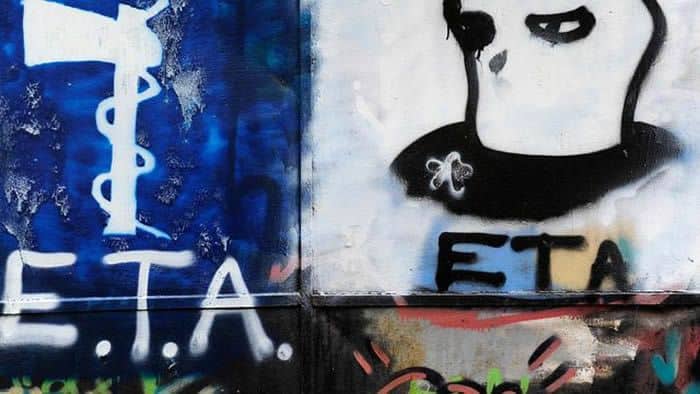 The association between armed actors in South America and the Venezuelan government stretches back to the presidency of Hugo Chavez. Euskadi Ta Askatasuna (ETA), the now defunded separatist terrorist organisation from northern Spain in the Basque Country, had links with both the Venezuelan government and the former FARC rebels. ETA has used Venezuela for the past 30 years as a hub for exiled militants:

The Impact
Venezuela has been accused, yearly, since 2018 of sponsoring terrorism. US senators tied the government of Maduro to the Iranian-Lebanese terrorist organisation Hezbollah and to the FARC revolutionaries. Although there have been reported links of paramilitary units and FARC members increasingly using Venezuela as a logistics and training hub, a lack of hard evidence impedes the designation of the South American country in the terrorist sponsor category. The precedence of criminal actors in Venezuela makes it likely that during the last 30 years, criminal actors systematically aided by Venezuela either through direct support or through protection from international law enforcement organisations.

In 2010, the Spanish National Court demanded the government of Chavez the extradition of ETA members who fled to the South American country. ETA is responsible for the death of 850 individuals, and a small but important segment of its members fled to Venezuela across the years. Despite overt knowledge of their presence, extradition requests have been denied. Although some members have allegedly returned to Spain due to the living circumstances in Venezuela, key figures likely remain in the country.

In the meantime, the political branch of Basque nationalists in Spain has grown in size and power, while welcome ceremonies and overt support continues to be shown to returning terrorists within the Basque Country. If national governments continue to foster members of terrorist organisations, this will highly likely contribute to the resilience and growth of a social movement adjacent to or in direct support of the terrorist organisation and its former members.

The separatist terrorist organisation became experts in guerrilla warfare adapted to urban environments, particularly with the use of explosives. Targets focused generally on governmental or law-enforcement figures like Luis Carrero Blanco, the President in 1973 during the last 2 years of the Franco dictatorship, or police headquarters in Zaragoza where 11 people died including 6 children. The improvisation and use of IED’s, and particularly VBIED’s were common tactics observed within the group.

40% of ETA’s targets were civilians, raising the question of the effect of intended attacks. The combination of targets together with the unpredictable nature in its tactics highly likely generated a psychological asset for the terrorist group, which is partly similar to organisations we see today, used written threats and extortion to achieve tactical or strategic objectives without necessarily employing overt physical violence.

The organisation was flat and divided between cells accounting for finances, logistics, international networks or aid and resources. Despite law-enforcement efforts successfully managing to destabilise the organisation which disbanded in 2018, social support for the group continues to be present. ETA achieved a degree of social coercion through targeted urban attacks which highly likely prevented significant cooperation with Spanish law-enforcement.

In turn, the current presence of Basque nationalism has likely adopted coercive messages and behaviours which although not a direct product of ETA, it is likely that some degree of influence prevails on an ideological level. The high levels of social polarisation are likely to continue should political bodies continue to feed division and allow ETA-related events in the form of praise to occur. This, in turn, drives the alienation of members within that community who do not share values and increases the likelihood of a non-nationalist exodus.

The Role of Venezuela

The recent accusations of the Maduro’s government links with Hezbollah are the latest events involving armed actors present in Venezuela. Since 1989, Venezuela adopted exiled militants of ETA ranging from different echelons of the organisations, suggesting a wider collaboration with armed groups than specific individuals seeking political exile. Historic leaders like the head of the Madrid commando Jose Ignacio De Juana Chaos were reported to reside in the coastal town of Chichiriviche, owning a liquor store. Although it is likely he has moved locations, it is also likely that he remains in Venezuela.

Recent returnees to Spain in 2019 following the drop in quality of life in Venezuela are not an indicator of the country’s willingness to cooperate with international law-enforcement bodies. Arturo Cubillas, one of the returnees and head of ETA’s network in the Americas, resided in Venezuela where he held, along with his wife, a governmental position close to Maduro. Hugo Chavez in 2010 denied a Spanish extradition request as Cubillas, having dual nationalities, could not be extradited according to the Venezuelan constitution. De Juana Chaos, continues to live in Venezuela, and according to the Spanish National Police, in 2019 there were 14 ETA members residing in Venezuela. 6 members of ETA reportedly remain in South America and highly likely Venezuela considering the previous history of cooperation with the government.

The presence of ETA’s network in South America was not only limited to Venezuela as there were members in both Cuba and Mexico, but the aid of Venezuelan intelligence in a FARC operation suggests that Venezuela was almost certainly the strategic hub in South and Central America together with Cuba. Cubillas organised a training camp specialising in the use of explosives to FARC rebels as well as act as a drug trafficking partner in the flow of cocaine to Europe.

ETA simultaneously acted as a linking node between FARC and the IRA in Colombia, while a logistics base existed during the 1990s in Managua, the capital of Nicaragua. The IRA-FARC-ETA association related to the provision and training in the use of C4.

Colombian cartels like the Medellin organisation employed ETA’s services in attacks on Colombian soil while simultaneously providing cocaine to the terrorist group. It is significant that Venezuelan intelligence reportedly facilitated this meeting, suggesting a likely relationship with further armed actors before and currently apart from ETA and FARC. The role of Cubillas in the executive body of the Venezuelan Food Corporation (CPAL) and Goizeder Odriozola allegedly being a close aid of Maduro is an example of this possibility.