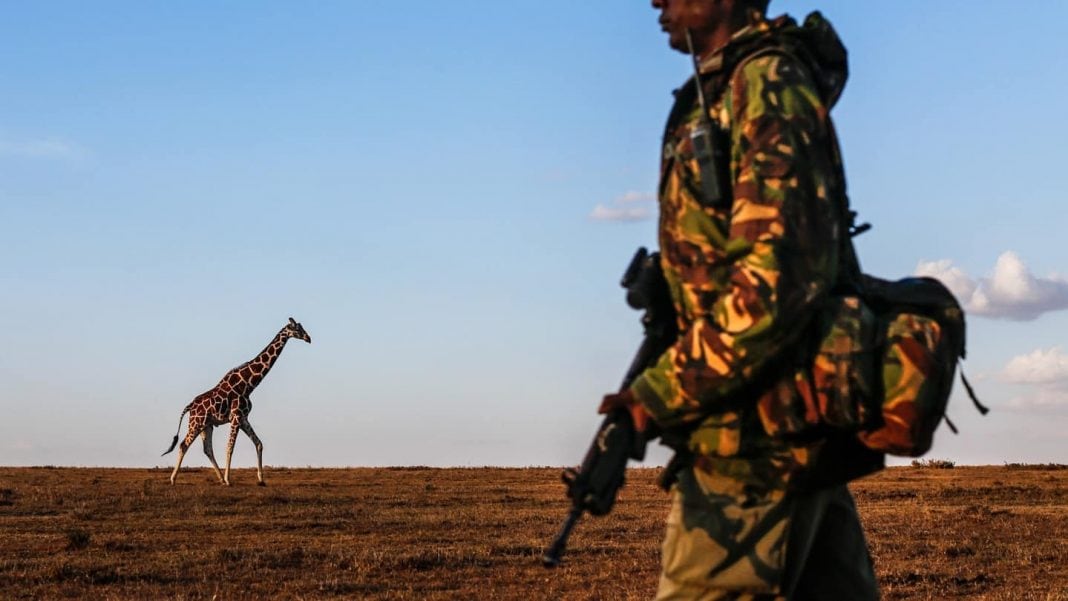 Namibia‘s fight against poaching is on the forefront in southern Africa. The country’s Ministry of Environment and Tourism claims that 32 rhinos, one of the most endangered species in the region, were poached in 2017 compared 61 in 2016. This number is still dramatically less than South Africa, where in 2017 the number of rhinos killed were 1,028. 2018 saw the number of rhinos poached increase slightly, although still less than its neighbors. For several years now, the strategy in Namibia has been a multi-pronged approach, both looking at supply and demand, and involving public-private partnerships. What has this looked like in practice and is it something that can be replicated elsewhere?

The country is rich with such prized game, such as elephants, rhinos, lions and cheetahs. But, since its independence, Namibia like its neighbors suffered from high levels of poaching and dwindling populations of wildlife because of the high demand in rhino horns and elephant tusks. Professional poaching syndicates use increasingly sophisticated methods, including helicopters and night vision equipment to track wildlife.In response, Namibia has taken necessary measures to combat poachers by investing resources in protective measure. This is also in coordination with domestic security forces and the private sector, while also involving communities in the poaching areas.

Faced with a poaching crisis in 2014, the Ministry of Environment and Tourism announced the deployment of 300 anti-poaching units to the most affected regions. This number has now grown, because of government investment and significant fundraising efforts from private donors. These well-trained units, with members originating from agencies including the Ministry of Environment and Tourism, Integrated Rural Development and Nature Conservation (IRDNC), and Wilderness Safaris,are also assisted by the Namibian Defence Force (NDF) and the police.

In terms of intelligence, Namibia’s fight against poaching is supported by the non-profit organization Intelligence Support Against Poaching (ISAP). It creates awareness, utilises technology and gathers intelligence. Its software for intelligence and surveillance, Cmore, allows the anti-poaching units to communicate and create databases of information. Cmore has been rolled out to national parks, private reserves and to other stakeholders. Most importantly, ISAP relies on strong relationships with communities, to not only spread awareness, but acquire information from a wide network of informants. Since the founding of ISAP, the Ministry of Environment created a wildlife intelligence and investigations department, to work with the Wildlife Crimes Prevention Unit, a body comprised of representatives from agencies of Namibia’s neighbors.

Namibia has realized that poaching is a security threat that requires collaboration between countries and harmonization of legislation to share intelligence. In 2016, the idea was proposed with Botswana, South Africa, Zambia and Zimbabwe to harmonize anti-poaching laws and penalties,yet it lacks implementation. There is also a need for an increased involvement of the regional defense forces in anti-poaching activities and to enact legislation to make this a reality.

Namibia also relies on the carrot and the stick when working with its own communities. It has implemented hefty fines of up to N$5 million (37,000 USD) or 25 years jail term for elephants and rhino poaching. Since 2016, the Ministry of Environment and Tourism rewards whistleblowers with N$60,000 (4450 USD) who notify the anti-poaching unit regarding poaching activity of rhinos and elephants after a successful arrest has been made based on the information provided.

A spokesperson for the Ministry of Environment and Tourism stated that even though the numbers show a decline in poaching cases, Namibia’s fight against poaching remains a concern “for as long as rhino horns and elephant tusks have a market, we should continuously sharpen our strategies to anticipate the syndicates’ next move and prevent poaching”. In support of this effort, the Ministry has put its money where its mouth is and allocated N$21.9 million (USD 1.75 million) of its 2018/19 budget to tourism development and gaming regulations, with increased focus on wildlife crime and tourism development. Tinus Hansen, ISAP chief operating officer adds that the “poaching epidemic is driven by a number of factors, including cumbersome legal systems, corruption and increased levels of poverty”. Namibia’s efforts demonstrate that they are at least recognize this reality and are taking the initial steps. The question is whether they will be sufficient, and result will be sustained to allow for the populations to be rejuvenated.