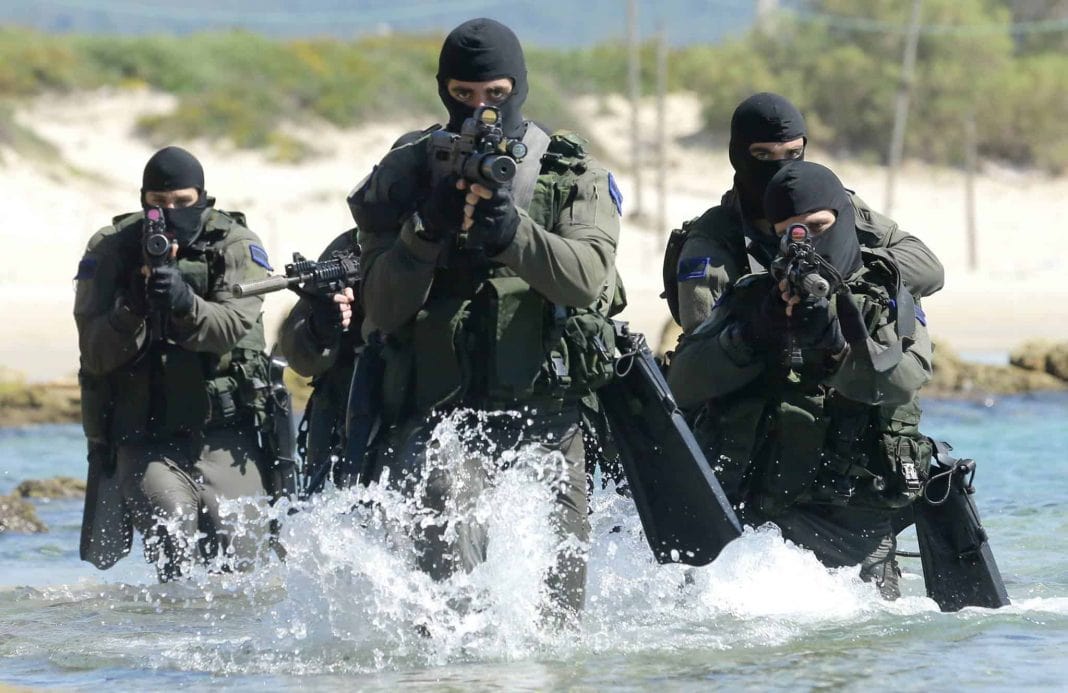 The Israeli Special Forces consist of multiple units with alternating operational foci and specializations. As highly specialised units, they operate on domestic, regional, and international levels. Unit specializations come into play underneath these tiers, with some conducting operations to protect Israeli soil from within, and others conducting covert operations abroad.

The modern-day Israel Defense Forces (IDF) were bred from the stock of pre-Israeli-state resistance groups, with the first infantry unit, the Golani Infantry Brigade, being activated in 1948. Various elements of the IDF forces carried out reconnaissance and intelligence gathering operations until the creation of Unit 30 in 1951. Unit 30 was initially a specialized unit dedicated to unconventional operations, carried out by small units. The subpar performance led to the unit’s disbandment in 1952, but out its ashes came the next evolution of Israeli Special Forces: Unit 101

On the 5th of August 1953, Unit 101 was formed under the command of future Prime Minister Ariel Sharon. Unit 30, its predecessor, passed on the same mission for 101. Subsequently, counter-terrorism training was conducted to the new commandos, along with other special operations-esque skill development, like small unit tactics and land navigation.

After a series of problematic events, Unit 101 was disbanded, a mere five months after its formation. A botched raid on the West Bank, taking place on the 11th of October 1953, resulted in almost 70 civilian causalities. Condemnation was levied against Unit 101 by the U.N. Security Council, and the remnants of the unit were absorbed into the IDF Paratroopers Brigade.

Unlike other national defence organisations, Israel does not have one centralised Special Operations Force. All units sit underneath the IDF, but each operationally report into the relevant command force. As a result, units can train exclusively in the relevant specialised unconventional warfare.

The Units can be overall categorised as either:

The Commando Brigade, which sits under the command of the Israeli Ground Forces, contains a selection of different SOF units:

Finally, the IDF have other specialised forces within land, air, and naval forces:

The IDF holds Yom Sayerot – Special Forces Selection Day. Personnel must be successful in Yom Sayerot to be able to apply for selection to any Special Operations Force later. The testing runs over five days, testing candidates on all manner of attributes:

Recruits undergo further training depending on the operational requirements of the force they join. For most Special Forces, the training lasts between 12 and 24 months. However, certain units, such as the Alpinist Unit, draw recruits from existing military officers, and as such, the selection and training processes will vary considerably.

Israel’s Special Forces recruitment and training are incredibly rigorous, owing to the nature of the job. The rigour of these exercises has led to injuries of new recruits. As a result, a review in 2019 recommended that military leadership restructure these exercises with more emphasis on personal health and safety.

There is very little verifiable information available regarding the weaponry used by Israeli Special Forces. However, analysis of the IDK shows that up to 2020, 83% of Israel’s arms imports come from the US, with the rest of arms imports being exclusively from Western countries such as Germany, France, and the UK.

Limited reporting suggests the Israeli Special Forces may use:

It is also likely that SOF have access to missile equipment. Each individual unit is likely to have further specialised equipment tailored to the unit’s unique requirements, such as specialist vehicles.

Israel has increasingly been growing relations with Egypt. This is largely due to common aims of securing the Sinai region and peninsula, and resource cooperation. Therefore, Egyptian and Israeli forces are stepping up border control efforts to counter regional security issues.

The IDF deployed Special Operation Forces to the Israel-Egypt border in 2012, as well as deploying the Rimon unit to the Northern area of the border. The increasing ties between the two counties have allowed military collaboration to continue through to 2021, including the use of SOF.

Israeli Special Operations Forces form part of the Israeli effort in the clashes in Gaza.

The Special Unit, confirmed in 2019 to be Sayeret Matkal personnel, was conducting reconnaissance in Gaza for weeks prior to the high profile clash with Hamas forces.

The unit adopted aliases and forged documentation, provided by the Military Intelligence Directorate. Their mission was to plant listening devices on Hamas communication systems. However, a Hamas Patrol Unit stopped the operatives, comprised of eight undercover personnel.

Ultimately, the stop and search resulted in a firefight, wherein Israeli Special Forces were forced to use weaponry. This resulted in the death of Hamas Commander Nour Baraka, and a swift escalation in conflict within Gaza. This is a rare instance of such a failure of a covert SOF mission in Israel.

In 2020, Israel announced the large-scale restructuring of its entire defence forces. The plan, titled Momentum, aims to optimise the operational efficiency of all units within Israeli defence, including Special Forces. Although it is yet to be seen how this will impact operational command of SOF units, it is believed the restructure will involve more collaboration between individual forces, to pull on the relative strengths of each unit.

Israel has a highly developed Special Operations capability, owed to its many units and large military expenditure. It is no doubt that, because of such a number of special operations units, Israeli Defence Forces have very broad but advanced capabilities in many terrains and unconventional warfare scenarios.

This article was written via collaboration between our two analysts Abbi Clark and Michael Ellmer.