Ebola: The Crisis of Containment 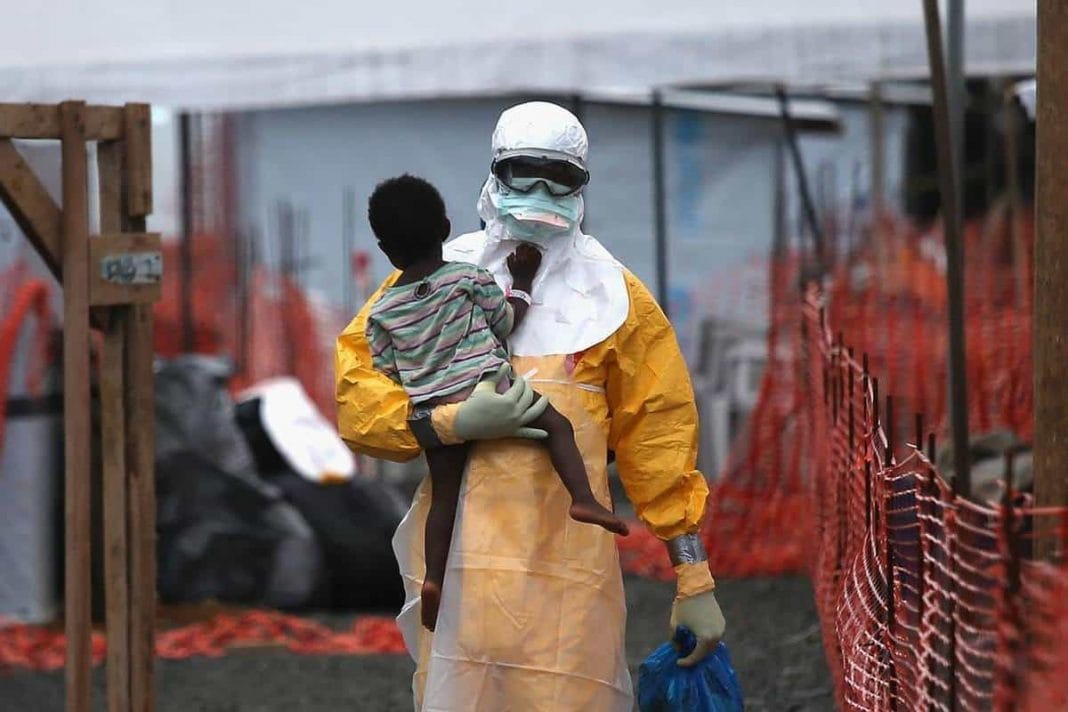 For almost a year, the Democratic Republic of the Congo (DRC) has been ravaged by an Ebola outbreak. It is now considered the second-worst after the West Africa outbreak of 2014-15. However, the DRC outbreak is the first known case in an active war zone.

The conflict has plagued the country for decades and the outbreak is prolonged due to the escalating violence between rebel groups, militias, and state security forces in Ituri and North Kivu provinces. The refugee crisis resulting from the seemingly never-ending violence now threatens containment efforts and poses risks to DRC’s neighbours, namely Uganda and South Sudan.

On 11 June, the Ugandan Ministry of Health confirmed a case of Ebola in the Kasese district, which borders North Kivu. A 5-year-old child from DRC travelled with his family to Uganda to seek medical care after attending the funeral of the child’s grandfather who had himself died from Ebola. Health workers identified Ebola as a possible cause of the child’s illness. The child reportedly died the next day and his grandmother travelling with him died shortly thereafter. The boy’s 3-year-old brother was also diagnosed with Ebola in Uganda but was treated and reportedly survived.

According to the WHO, Uganda had prepared for this precise moment. Health authorities in the country have vaccinated nearly 4,700 health workers and set up Ebola treatment units. The porous and nearly 900-kilometre long border shared by Uganda and DRC has been under careful watch since the outbreak began. Both Ituri and North Kivu provinces are on DRC’s eastern border with Uganda.

Containment is problematic with a steady flow of refugees seeking safety from the rising conflict. According to a spokesman for the UN Refugee Agency (UNHCR), more than 300 people were crossing the border daily between DRC and Uganda in June. To make matters worse, two new Ebola screening centres, set up in response to the cases in Kasese district, were firebombed on 2 July. It is alleged that Congolese nationals attacked the facilities tents over anger with Ugandan authorities’ strict medical screening measures.

Like DRC, South Sudan is a country embroiled in the civil war and very unprepared to handle Ebola. On 1 July, an Ebola case was confirmed just 70 kilometres from DRC’s border with South Sudan. A 40-year-old Congolese woman travelled nearly 500 kilometres from Beni, a city in North Kivu, after having been exposed to Ebola and warned not to travel by health officials.

Conflict, millions of internally displaced, and a weak health system make the world’s newest country extremely vulnerable to a major health crisis like Ebola. Dr Pinyi Nyimol, the director-general of South Sudan’s Disease Control and Emergency Response Centre told AFP that “we are very worried because it is coming nearer, and people are on the move so contact (with Ebola) could cross to South Sudan”.

Not an international concern

In spite of the recent cases in Uganda, the WHO deemed that the Ebola outbreak in DRC “does not meet the criteria for a public health emergency of international concern,” in a statement after an emergency meeting in June. Declaring the outbreak as a global emergency would release more funding and provide more political attention to the issue. However, an outbreak must constitute an international risk, such as to a country’s neighbours.

Speaking to the BBC, Tedros Adhanom Ghebryesus, chief executive of the WHO said, “when there is no peace and lack of security the health condition of the people is the most affected.” He added, “unless we affect the root cause of the problem, we won’t have solutions.” The question is whether solutions to the violence that has afflicted DRC for decades will be resolved in time before Ebola wreaks havoc on even its more vulnerable neighbours.