Why is Equatorial Guinea Fragile? 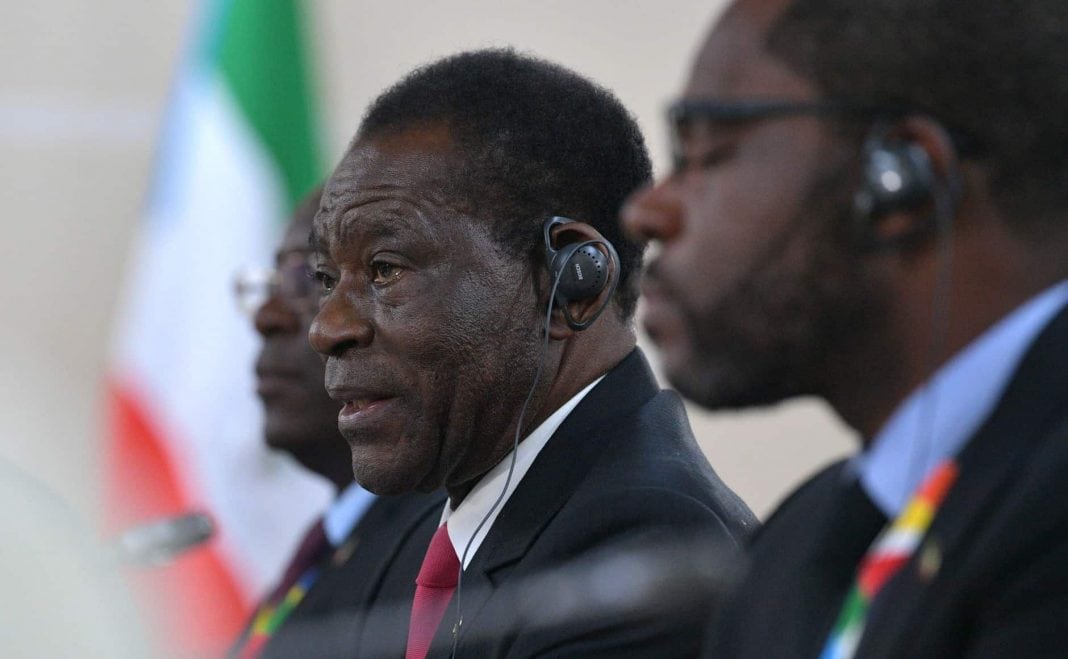 Equatorial Guinea was a Spanish colony. It gained independence on 12 OCT 1968. The euphoria of independence was short-lived because of its involvement in the Nigerian Civil War and relapse into a totalitarian regime in JUL 1970 under Macias Nguema. Nguema had a cordial relationship with the Soviets despite his disapproval of Marxism. He considers it ‘neo-colonialist’. Nguema was overthrown by his nephew, Teodoro Obiang on 3 AUG 1979 in a coup d’état. This led to a civil war which ended with the capture of Nguema after 2 weeks. Nguema was tried and executed afterwards. Teodore Obiang has remained President since then.

According to the IMF, Equatorial Guinea reportedly has a per capita income of 8.93 thousand dollars as of October 2019. The country has a robust oil profit of averagely 5 billion dollars per year, small population of about 900 000, fertile soil for agriculture, and low debt profile. The figures below were derived from limited data from the International Monetary Fund (IMF) and World Bank by Human Rights Watch. The country clearly invests a huge sum of money into health and education.

These figures raise expectations that citizens should live a relatively good life. It is even more convincing considering the small population of about 900 000. It can be assumed also that education and health care should not be a problem. It is not so. According to the World Bank, about 76.8% of the population lives in poverty. It is certain that corruption and mismanagement of fund play a major role in this problem. The gap between the ruling elites and average citizen is dangerously wide. The economy is such that it is highly likely that majority strive for necessity and few have access to comfort, while only the ruling elites can afford luxury. Even though it is a totalitarian regime, the level of poverty is deep and wide spread such that there is a realistic probability that the country is sitting on the edge.

There is likely going to be a wave of greater pan-Africanism in 2020 and it will be youth-led. Pockets of this can be identified across Africa within the last decade. Citizens may begin to ask questions after being stirred up by their peers in other countries. They will begin to demand more. Hence, it is highly likely that it will lead to a rebellion and it will be a security and political risk to the country and Central Africa region. Hunger and poor standard of living has proven to fuel political instability and conflicts. Other things being equal, it is almost certain that a hungry youth population will willingly pick up arms for survival. There is a political dimension to the country’s fragility that must be considered.

The people of Equatorial Guinea have only enjoyed roughly 2 years of a seeming democratic environment. From 1970 till date they have been under a dictatorship. Between the government/elites and average citizens, human rights violations, corruption, ‘undemocratic’ elections, and intimidation of opposition is rampant. Alongside, ordinary people are barred from some areas which somewhat denies them of the fanciful hospital built in Sipopo for instance. While amongst the ruling elites the politics is dominated by tensions between President Obiang’s son and family members for government positions.

Here, Equatorial Guinea appears as one of the most troubled parts of Africa

Why Equatorial Guinea is Fragile

Nevertheless, the regime demonstrates strength with obvious failed coup attempts and ability to contain expression of dissatisfaction. Hence, there is also a realistic probability that even though Equatorial Guinea is fragile, it may remain the same for the next decade.